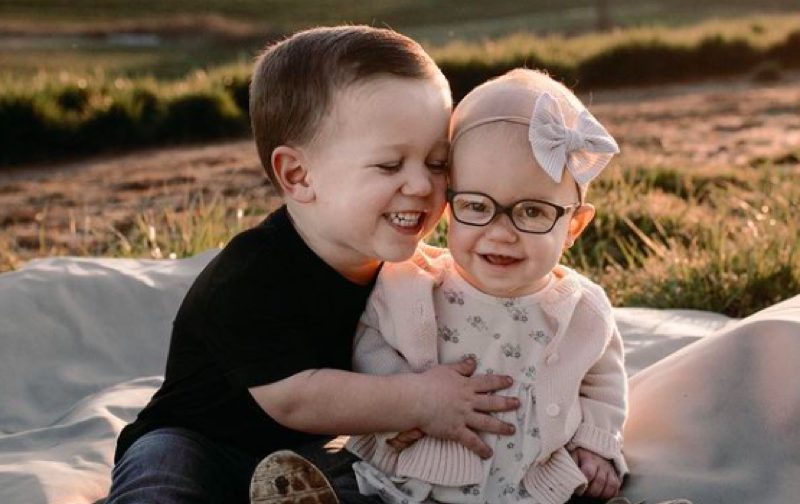 The most beloved TV family, the Roloffs, have wooed their fans again. On the occasion of Halloween, Little People Big World star Tori Roloff shared some lovely pictures of her children Jackson and Lilah Roloff. Her Instagram blew up with multiple followers hyping the family up. It was definitely a treat for the fans and made this year’s Halloween extra sweet! Keep scrolling to check out Jackson and Lilah’s adorable Halloween costumes.

As the entire world celebrated Halloween recently, so did the Roloffs! TLC mom Tori Roloff shared some wholesome pictures of her children Lilah and Jackson on her Instagram account. The two of them were dressed as popular characters like Spiderman and Minnie Mouse. They posed amidst lush greenery, making the pictures even better. Besides, their family dog, Murphy, also shared the frame with the siblings. As she is known to be a photographer, the TLC star didn’t waste this opportunity. The young mom did a fantastic photoshoot of her two munchkins and shared it with the world through social media.

Fans couldn’t keep calm and quickly infiltrated the comments section with good-natured compliments and wishes. So far, the pictures have over 100k likes. Apart from getting some extra scoop about the Roloffs, Jackson and Lilah are the biggest reasons fans stay active on Tori’s Instagram. Since she is a photographer, the 30-year-old shares amazing pictures of her family through her account. Tori Roloff currently has over 1 million followers!

It turns out, Lilah and Jackson’s career has skyrocketed at such a young age! The sibling duo modeled for a famous brand known as Pottery Barn Kids. They donned tiny space suits and became the talk of the town. Fans were delighted to see their little superstars making it so big at such a young age! The youngest Roloff family members have become a major reason why people watch Little People Big World these days. Their innocence and cuteness make the show more genuine, and fans can’t get enough of it.

Earlier, there was speculation that Tori and Zach Roloff’s family won’t appear in the show’s upcoming season. This happened after the Roloffs moved to Washington from Oregon last month in October. The TLC star made an official announcement about the same via her Instagram. The mother of 2 made it clear through her social media that the filming of Little People Big World Season 23 has begun. Moreover, they will certainly appear on the show. However, no specified upcoming release date has been announced officially yet.