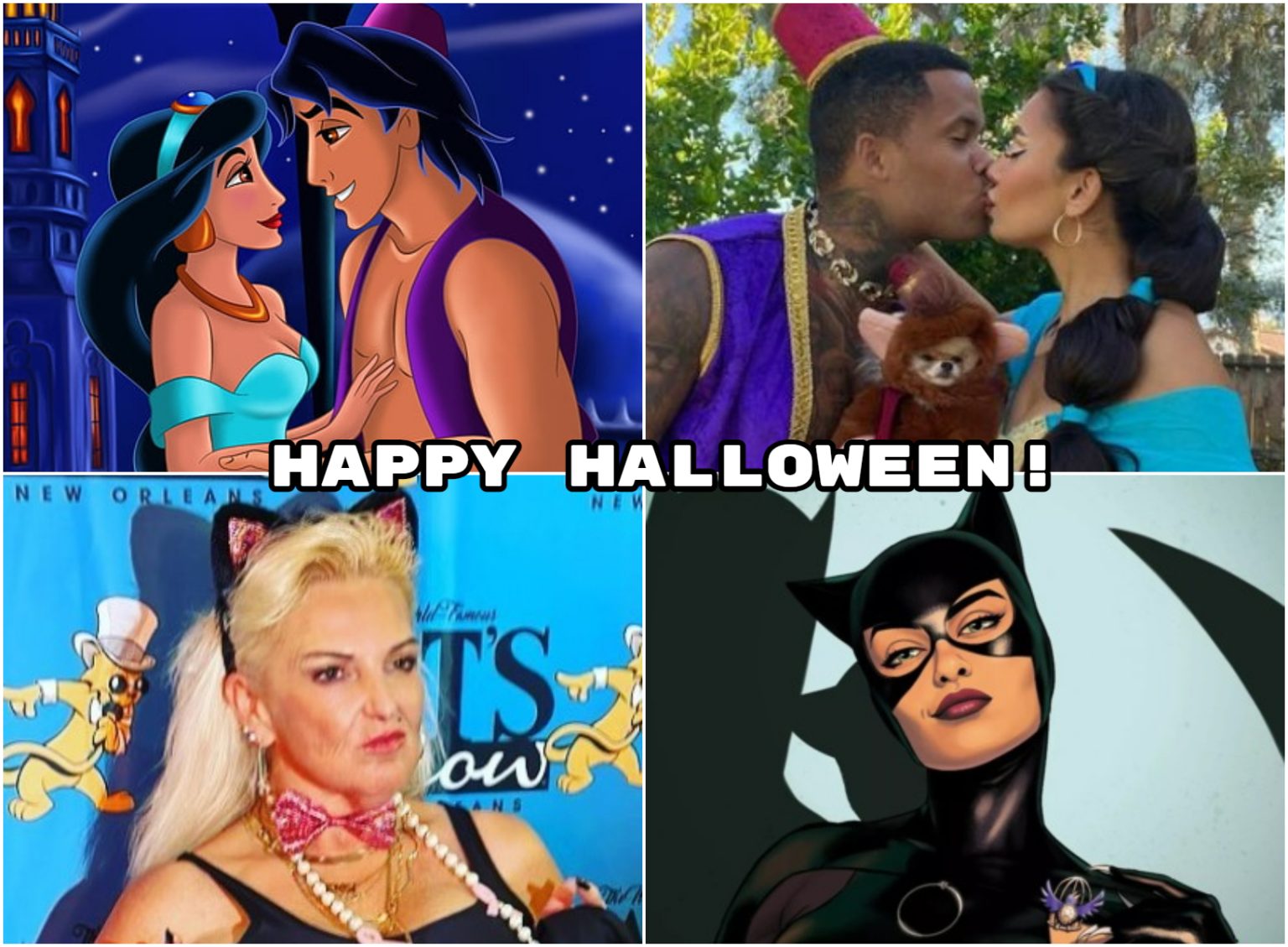 The spooky day is finally here! People all around the world are celebrating Halloween 2022 in their own way. Well, the 90 Day Fiance stars have also hopped on the bandwagon. Many castmates from the celebrated reality show are excited to be doing so with their significant others, families, or even by themselves! Many of them took their social media to share what they have been up to during this time of the year. So, how are these TV stars celebrating Halloween? Keep scrolling to find out more.

90 Day Fiance stars Andrei and Libby Castravet will experience double the joy this Halloween. That’s because they became parents for the second time earlier in October. Both of them welcomed their baby boy, Winson. Although the family has not yet revealed their costume, Andrei took to his social media to make an adorable post with his baby girl, Ellie. She looked very excited to be choosing pumpkins to decorate the house with.

Jibri and Miona made a name for themselves through the latest season of the show. Apart from all the drama in their lives, they carry the reputation for being one of the most fashionable couples in the show. Hence, the fans were looking forward to seeing what they would wear for Halloween. It turns out they took the Disney route. That’s because they dressed up as Aladin and Jasmine. With this, they also made their pet dog, Moon, pose as Abu, the monkey. Everyone took to the comments section to compliment them.

Jasmine Pineda turned out to be the MVP of the last season of 90 Day Fiance: Before The 90 Days. She appeared alongside Gino Palazzolo. Most fans loved her for her outspoken personality and brains. She was by far the best star out of all the other problematic castmates. She has earned a wide fanbase. Jasmine shared her Halloween traditions by saying she prepares dinner for her family members and they gather and have a great time instead of trick or treating. The celebrity was wearing a pirate outfit, completely embracing the Halloween spirit!

Big Ed and Liz have been on and off for the longest time. Their journey began on The Single Life. Now, they are starring in Happily Ever After until they tie the knot. It seems like the couple is still going strong despite multiple fights. That’s because they chose their Halloween costumes as a couple. While Liz posed as the hot nun, Big Ed stood by her side as the pope. Their idea made the fanbase laugh a lot, and they took to the comments section to tell them so.

Just like their co-stars and fellow friends, Miona and Jibri, Thais and Patrick also donned the clothes of Aladin and Jasmine. The former looked ravishing in her blue outfit, as her pregnant belly was visible in all the videos and photos she put up from their Halloween party. She even mentioned in one of the clips that the husb and-wife duo was often talking about the size of her belly during their night out.

Yara Zaya and Jovi Durfren are also one such 90 Day Fiance couple everyone has their eyes on. All thanks to their fancy lifestyle and international trips. Well, they went all out for their Halloween celebration as well! It turns out they took inspiration from the grinch franchise and donned the costumes of all the iconic characters in it. Everyone commended their level of dedication.

Tania first appeared on the reality show first with Syngin Colchester. However, they have been on separate paths since their divorce. She has become the new contestant to star in The Single Life now. The celebrity has been upfront about embracing singlehood and is thriving. For Halloween, she donned something steamy and sexy. Tania was in a tight black cat woman suit and flaunted it on her Instagram handle.

TLC fired Larissa Lima after she became part of the adult content-creating industry. Yet, she has a strong hold over the 90 Day Fiance fanbase. She remains in the limelight owing to her multiple cosmetic procedures and surgeries. However, this time she made fans raise their eyebrows after showing off her Halloween costume. For this year, Larissa posed as a playboy bunny. She uploaded multiple pictures in her sexy black leotard and rabbit ears. She raised the temperature by doing so, and her audience loved it.

And last but not the least, is our sweet controversial star, Angela Deem. Well, she surely needs no introduction. The fan-favorite 90 Day Fiance star has been appearing in the franchise for years now. As of recently, Angela and Michael have been showcasing their falling apart married life on Season 7 of the Happily Ever After spin-off. Deem finally revealed her much anticipated Halloween look of this year, in which she tried to become a Catwoman, like Tania. It seems like she didn’t put much effort in the putting the outfit together, as she was wearing a simple black dress with dummy cat years alongside a bow. What would you rate Angie’s outfit? Tell us in the comments below.

Keep coming back to TV Season & Spoilers for all the exciting 90 Day Fiance updates.