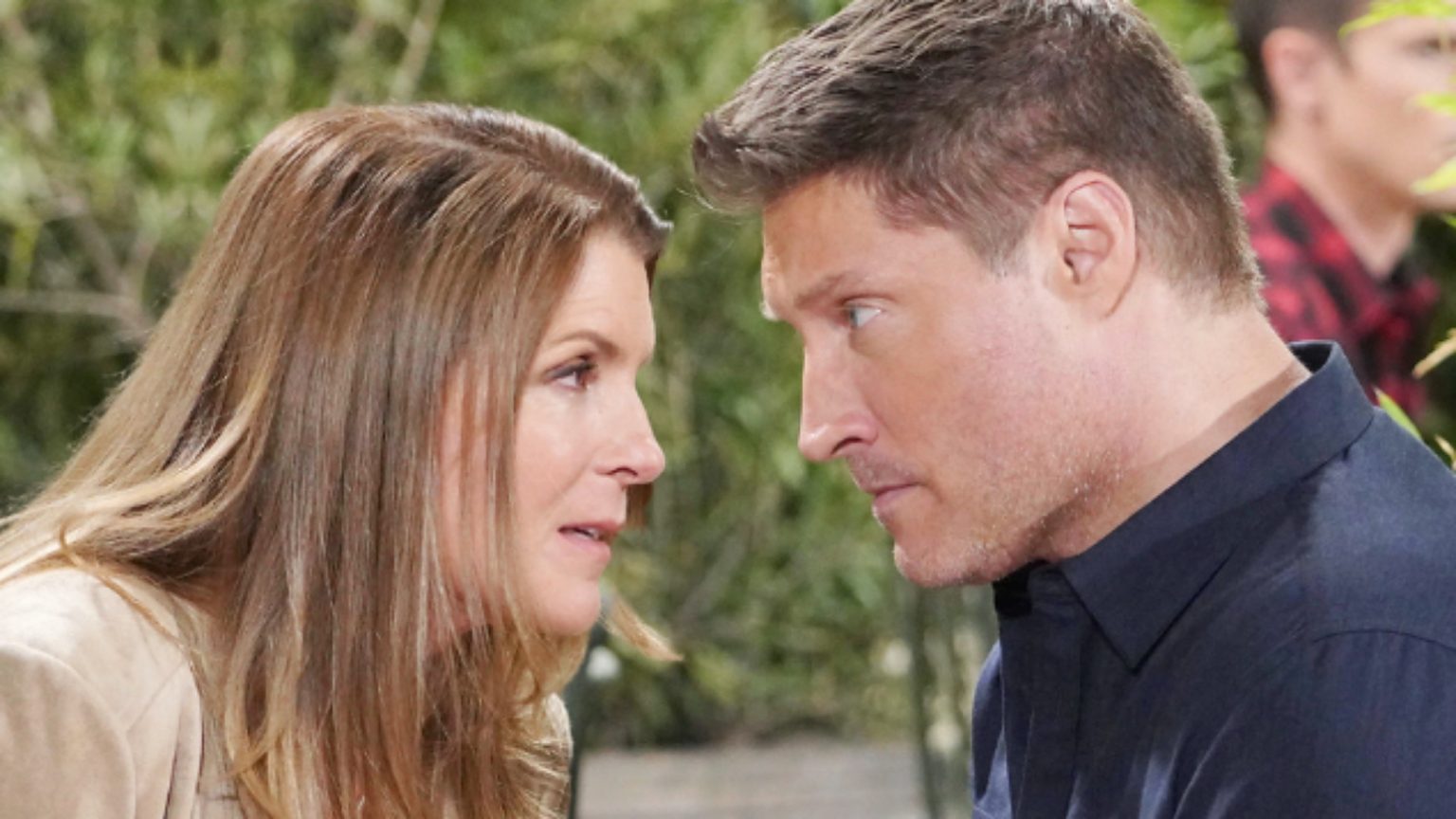 The Bold And The Beautiful: Deacon Takes Sheila OUT For A Date, CAUGHT While Out!!

The Bold and The Beautiful dark underbelly is hiding too many secrets! One of them is the return of the she-devil Sheila! She has been quietly nestling in Deacon’s apartment since what feels like forever in soap-world! Does that mean we could be at the brink of her getting caught out in the open? After all, she can’t remain in hiding forever! Spoilers suggest that Deacon and Sheila’s torrid affair is about to get even more twisted! Let’s find out what could go down on The Bold and The Beautiful next!

Deacon And Sheila Get Cozy At Il Giardino!

While it’s true that Deacon keeps complaining about being stuck with Sheila. Especially now that Brooke shot down his proposal, he has no choice but to go back to Sheila. However, it is also true that Deacon cannot seem to resist the devious beauty when they are together. It’s as twisted as they themselves are! Now that Deacon knows he is stuck with Sheila, he will want to make things as smooth as possible between them. The Bold and The Beautiful spoilers suggest that Deacon will plan a date for Sheila. After all, she has been stuck in Deacon’s tiny den all this while.

Considering that he works at II Giardino, he might just plan a late-night cozy time for them there. He will feel more in control of the situation at a place he is familiar with. This would surely elate Sheila as it would be a welcome surprise and night out for her! However, do things ever go as smoothly as one plans them on soaps? Of Course not! So what could go wrong here? It’s just a dinner date, right? WRONG! It’s a dinner date with an underground FUGITIVE! And there is plenty that can go wrong with that! Keep reading to find out what!

The Bold And The Beautiful: Deacon and Sheila Get Caught In The Act!

Deacon might feel that he has the situation in hand by meticulously planning an after-hours dinner for two in The Bold and The Beautiful. However, it is a hotel we are talking about! How long can you stay unseen in a public place? Especially when one of you works there, and the other is a criminal in hiding! Besides, soap characters love to land up in the wrong place at the wrong time! In fact, they have a penchant for doing so!

So, what if one of the prominent Il Giardino staff decides to do a late-night surprise check! Or perhaps indulge in some after sneaking themselves? That could lead to Sheila and Deacon getting caught in their act! Although considering its Sheila we are talking about, and she isn’t one averse to getting people out the way! So getting caught can spell destruction! Not only for Deacon and Sheila but also for whoever discovers them! Especially so if it’s a dispensable character! Their life might get in trouble at Sheila’s hands!

Ofcourse, there is a minuscule chance that Deacon’s special plans for Sheila might actually go as planned and they return home safe after their little getaway! But that could just end up giving Sheila a taste for it and might demand more such nights from Deacon! That could surely become an invitation for more trouble! What do you think will happen? Will they get caught? If yes, then by whom? If you have a name in mind, please share in the comments! Meanwhile, stay tuned to The Bold and The Beautiful airing weekdays on CBS!