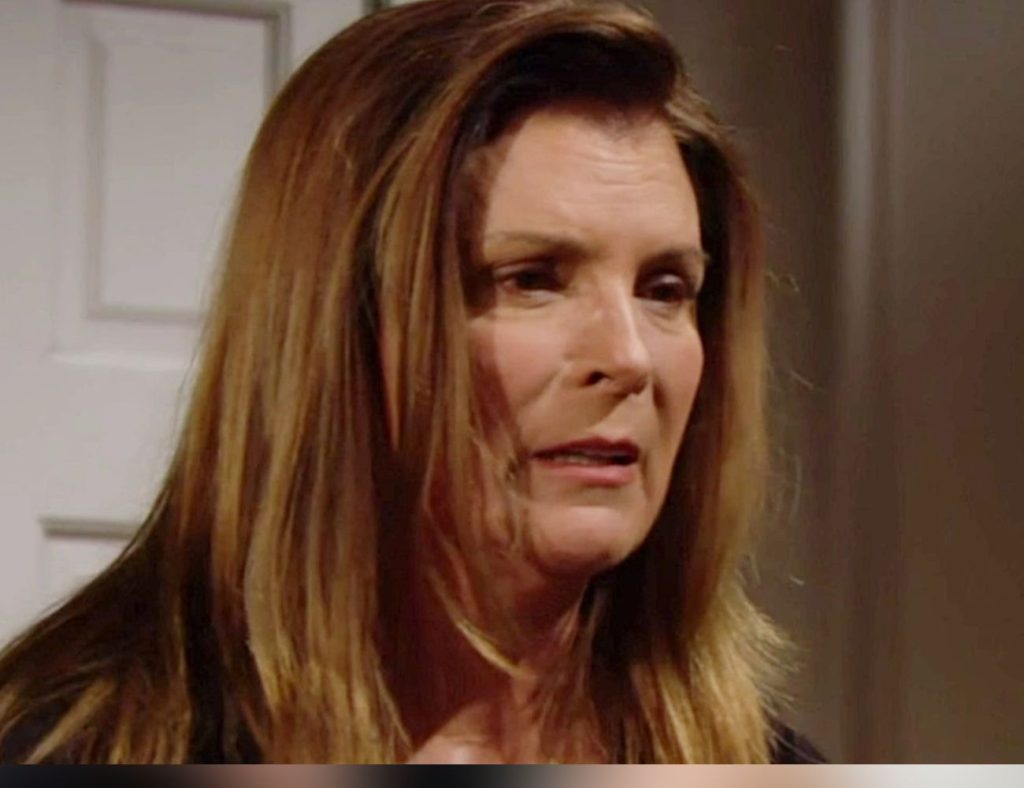 The Bold And The Beautiful: Sheila’s ENDGAME REVEALED! The Villain’s Reign Comes To An End

Sheila Carter’s reign of terror is approaching to its end on The Bold and The Beautiful, one way or the other! She has wreaked havoc in people’s time ever since she set foot in the soap and it all had to catch up with her at some point. Looks like that point is about to be touched as the devious diva is stuck in tight spot! What will she do next? Make a run for it again or get caught? Or will she meet a morbid end? For real this time! Keep reading to find out what to expect next on your favorite CBS soap!

Sheila Carter And Her Thrifty Ways

Sheila Carter is not a woman to be taken lightly on The Bold and The Beautiful. She is fierce, and she is a survivor. She has proved one too many times that she cannot be caught, contained, or killed. The closest the cops came to arresting her was when she gave them a skip in the woods and faked her death. That too by no meager means. Sheila severed her own toe and left it behind with her blood-soiled clothes. Making it look like a bear devoured her in a nasty attack. The stage she set was enough to satisfy the cops and Forresters alike that she was well gone and digested.

However, here she is! Alive and well, only missing a toe! So who is to say that she won’t find another way like that to get away on The Bold and The Beautiful? After all, she still has nine more toes and several more carnivores to pin another fake death on! But do the viewers want to watch a repeat of the gory past? We guess not! Besides, a different end to the same monster would make for a much more entertaining and satisfying watch! So what’s the end game planned for Sheila? Keep reading to find out!

If there is anyone more hated than Thomas Forrester right now, it’s Sheila on The Bold and The Beautiful. The wild cat has been a menace for far too long and really needs to be brought to justice. For the sake of all the people, she has destroyed thus far. If an escape route has been scratched out for her. There are only two ways the story can move from here. It’s either death or jail time for Sheila. Spoilers suggest that a massive aftermath will follow the fugitive hunt. So, Sheila’s arrest would be too pale an option, it seems. However, if the story heads the other way, there is a lot of thrill and mystery that could follow.

Option number one is that Sheila could meet a rather dramatic end during a cop and fugitive chase on The Bold and The Beautiful. Whereas, the more lucrative option number two is- Sheila gets murdered! Yes! The murderous diva tastes her own medicine. She is obviously the most hated person right now, and almost everyone who knows her has a bone or two to pick with her. Starting from her own son Finn to someone as distant as Katie Logan! If they were all to make a kill list, Sheila would feature on all of them! A whole new exciting “who dunnit?” journey would start right there, to solve the murder mystery of Sheila Carter.

Where would you like the story to head from here? Sheila on the run AGAIN! Sheila behind bars. Or, Sheila’s murder mystery! Let us know what’s your pick in the comments below. Meanwhile, stay tuned to The Bold and The Beautiful on CBS to see what the future holds for Sheila Carter!