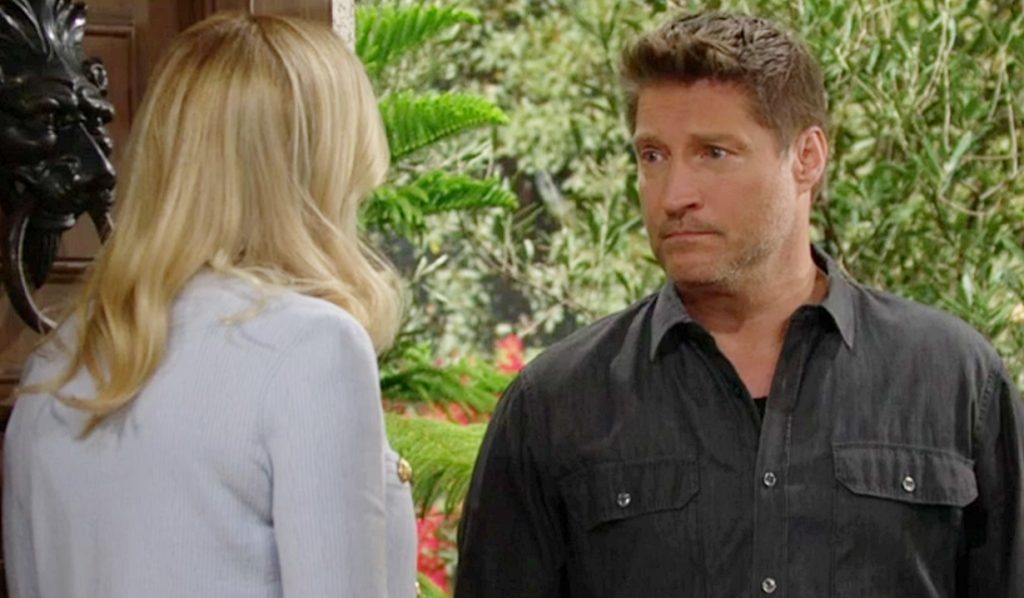 The Bold And The Beautiful Spoilers: Deacon Declares His Love For Brooke, New-Old Romance On The Cards

The Bold And The Beautiful spoilers suggest that things will soon change between Brooke and Deacon in the upcoming days. Right now, Brooke has banned Deacon and asked him to stay away from her. However, soon Deacon might think that he is done with everything and wants to start something romantic with Brooke. He might declare his love for her, and that would give Brooke something to think about. Would Brooke be interested in something with Deacon? Here is everything about it-

The Bold and the Beautiful viewers know that Brooke has fallen down the wagon. She broke her sobriety

and had been struggling ever since. While she hasn’t yet figured out how she started drinking, she knows that having Deacon around did not help. So, she has decided to ban him. Brooke has already asked him never to enter the Forrester estate, and now she wants to ban him from even speaking to her.

However, while she is trying to do all of it, it doesn’t look like she has been any successful. Deacon isn’t coming near her. But that doesn’t mean that he isn’t in her thoughts. She has been thinking about how she got so close to him. So, this will play a crucial part in the upcoming days.

As mentioned earlier, Brooke has decided that whatever happened was a mistake and planned to keep Deacon away from her and everything she is related to. However, that isn’t how Deacon feels. In fact, The Bold And The Beautiful spoilers suggest that Deacon thinks that whatever happened was because the two of them still have feelings for one another, and he might decide to act on that.

The Bold And The Beautiful spoilers suggest that soon Deacon will feel like he is done with everything and needs to confront Brooke. So, he will reach out to her and be honest about how he feels. He might even push Brooke to come clean about her feelings. While Brooke might not be able to understand what she feels right now, it is possible that Deacon’s confrontation will give her the nudge she needs.

The Bold And The Beautiful: Would Deacon And Brooke Come Together After All?

together, it seems a little less likely that they would last very long. Brooke is already hiding things from Ridge, and Steffy is trying to push Ridge in Taylor’s direction. So, all of this could lead to Ridge actually going closer to Taylor and leaving Brooke behind.

A single, distraught Brooke might not know what she wants to do. So, she might find herself getting tempted to Deacon. She might think that what Deacon said really was true and would think of beginning a new thing with him. Would you like to see Brooke and Deacon together? Tell us in the comments below. The Bold And The Beautiful is bringing some interesting storylines in the upcoming days. So, make sure you tune in and enjoy.