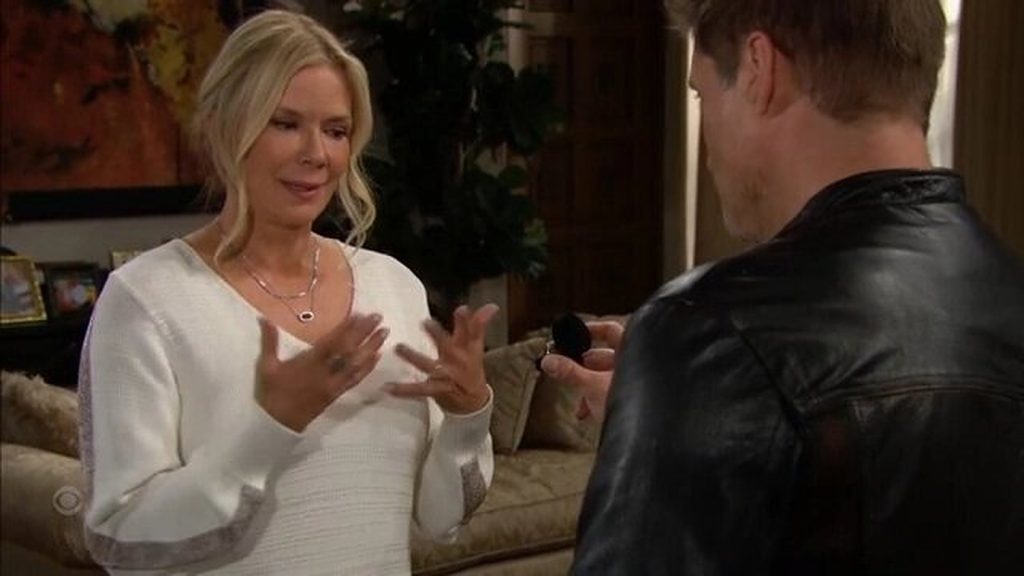 Deacon and Sheila were involved in a twisted affair on The Bold and The Beautiful. But his heart remained with Brooke. Now that Sheila is exposed and is out of his life, his road to Brooke is clear. The latest spoilers indicate that now that Sheila is not standing in his way, Deacon will try his luck with Brooke again. Will Brooke be more accepting of his proposition this time? Or will Deacon get his heart broken again on The Bold and The Beautiful?

Sheila And Ridge Finally Out Of Deacon’s Path To Brooke

It is no secret that Deacon has been pining for Brooke for the longest time on The Bold and The Beautiful. Despite the fact that Brooke had eyes, heart, and soul only for Ridge, Deacon has not stopped pursuing her. And it’s not like Brooke and Deacon don’t have chemistry. Every time Brooke has strayed away from Ridge, more often than not, she has landed in Deacon’s arms. Now that Brooke has decided to stand firm on her ground for taking time away from Ridge and has, in fact, sent Ridge away on a soul-searching mission of his own, things can change for Deacon big time!

Deacon, too, is a free bird now on The Bold and The Beautiful. Earlier, he was mangled up with Sheila, the devious Diva. However, even that hadn’t deterred him from proposing marriage to Brooke. Unfortunately, Brooke shot him down as she was still waiting for Ridge to return to her. And, even if Brooke had accepted, there was no way Sheila would’ve let go of Deacon. We all know how territorial Sheila is. However, that is not a problem anymore, as Sheila is out of Deacon’s apartment and hair alike! Ridge, too, is out of the picture! Thus, making it the perfect time for Deacon to approach Brooke again!

The Bold And The Beautiful: Deacon Will Get Second Time Lucky With Brooke?

Recently, On The Bold And The Beautiful, Brooke shot down Deacon’s proposal when he approached her right after Ridge dumped her. As luck would have it, Ridge came crawling back, and Brooke took her turn at dumping his waffling ass. Thus, chances are, some of that luck might turn in Deacon’s favor too! His second attempt at winning Brooke might get better results. When Brooke turned him down, she did tell him how much she appreciates and respects his feelings for her. So there are chances that she may reconsider him.

Ridge has proven himself to be unreliable in the matter of the heart on The Bold and The Beautiful. Whereas Deacon has stood firm on his feelings for Brooke. That will certainly seem much more valuable to Brooke now. Also, Hope had advised her mother to give daddy Deacon a second chance if he ever came back looking for it. So that might just push Brooke towards him a bit more! Besides, even if Brooke thinks it’s too huge and quick a decision to accept a marriage proposal from him, she can always ask to date instead. We are sure Deacon would settle for that too!

What do you think? Should Brooke give it a shot with Deacon? Or should she remain single for a while, before deciding between Deacon, Ridge or anyone else? Please share your opinion in the comments below. Meanwhile, stay tuned to The Bold and The Beautiful, airing weekdays on CBS!