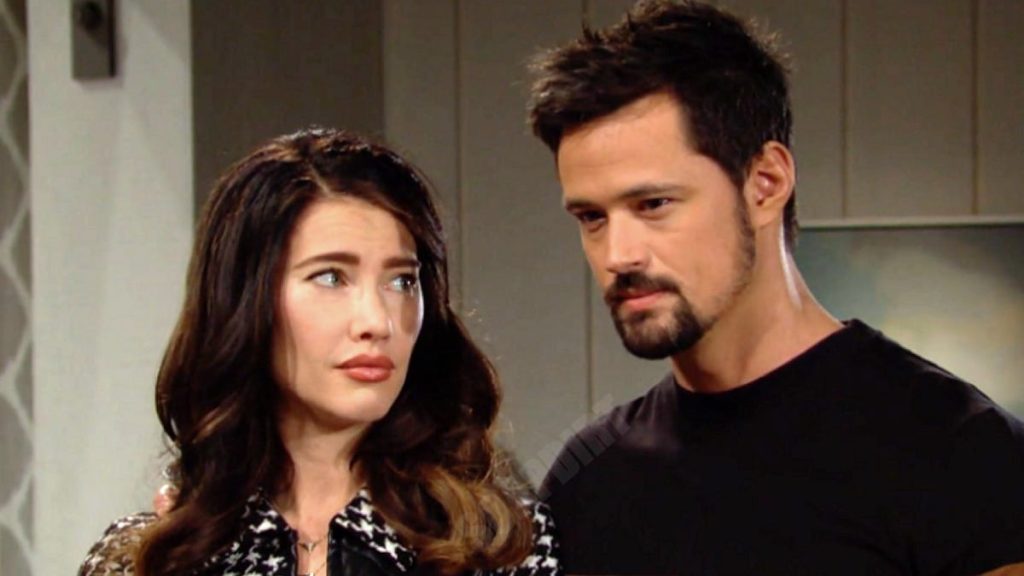 The Bold And The Beautiful: Steffy Does RIGHT! Sends Thomas To MENTAL CARE FACILITY

Leave it to The Bold and The Beautiful to serve us exactly what we expected in the most unexpected manner! In a thrilling change of wind, Douglas confides Thomas’s truth in Steffy! While it was expected that Douglas wouldn’t stay shut, we didn’t expect him to tell it all to aunty Stef! In an even more shocking turn, she appears to be wanting to do the right thing. So, will Aunty Steffy save Brooke and Ridge’s marriage? And, more importantly, will she finally get Thomas the psychiatric help he so desperately needs?

We know that Thomas used Douglas’s voice-changing app to frame Brooke for the CPS call he made. Ridge falling for the lie, broke up with Brooke and decided to marry Taylor on The Bold and The Beautiful. However, with the Ridge-Taylor wedding right around the corner, Douglas has stumbled upon the truth. When he confronted his father, he told him not to breathe a word to anyone and that nothing should stand in the way of Ridge and Taylor’s wedding. But Douglas being the morally sound kid that he is, chose not to sit on the info quietly. He tells Steffy the whole truth about what Thomas did.

Steffy is visibly shaken upon learning the whole truth from Douglas. He plays the recording to Steffy to back the truth. Steffy realizes that not only has Thomas framed Brooke, but he has also wrongly placed Ridge and Taylor together. She and Douglas come to a conclusion that, given the revelation, Ridge cannot get married to Taylor. They realize that he still belongs with Brooke on The Bold and The Beautiful. Re-enforcing what Taylor told Steffy in Aspen, that Ridge will only ever look at her as Brooke’s substitute. Does that mean Steffy and Douglas will stop Ridge and Taylor from getting married? Where will this expose leave Thomas?

The Bold And The Beautiful: Steffy Gets Thomas Committed To A Mental Care Facility

Thomas’s mental health has always been fragile on The Bold and The Beautiful. Remember his famous meltdown from the time he was obsessing over Hope? That was a classic example of where he stands mentally. There have been other incidents where is mental soundness can be questioned. For example, the time when he ran over that girl who died and did nothing about it. Looks like this whole CPS incident and trying to silence Douglas will be a huge wake up call for the entire Forrester clan.

They will realise that Thomas isn’t okay. He really does need help. While Ridge might be too mad at his son for ruining his marriage to want to do anything for him, Steffy might take over the situation. She has been in cahoots with her brother, but it will break her heart to see where it has all landed him on The Bold and The Beautiful. She might want to fix things and may give him the option of either choosing to get mental care help or let Brooke take legal action against him. It may leave Thomas no choice but to get committed to a mental care facility.

Do you think getting the help that he so desperately needs will change Thomas? He has been too messed up for far too long. Would you like to see Thomas turning over a new leaf? Please share your thoughts in the comments. Meanwhile, stay tuned to CBS over weekdays to see what happens next on The Bold and The Beautiful.