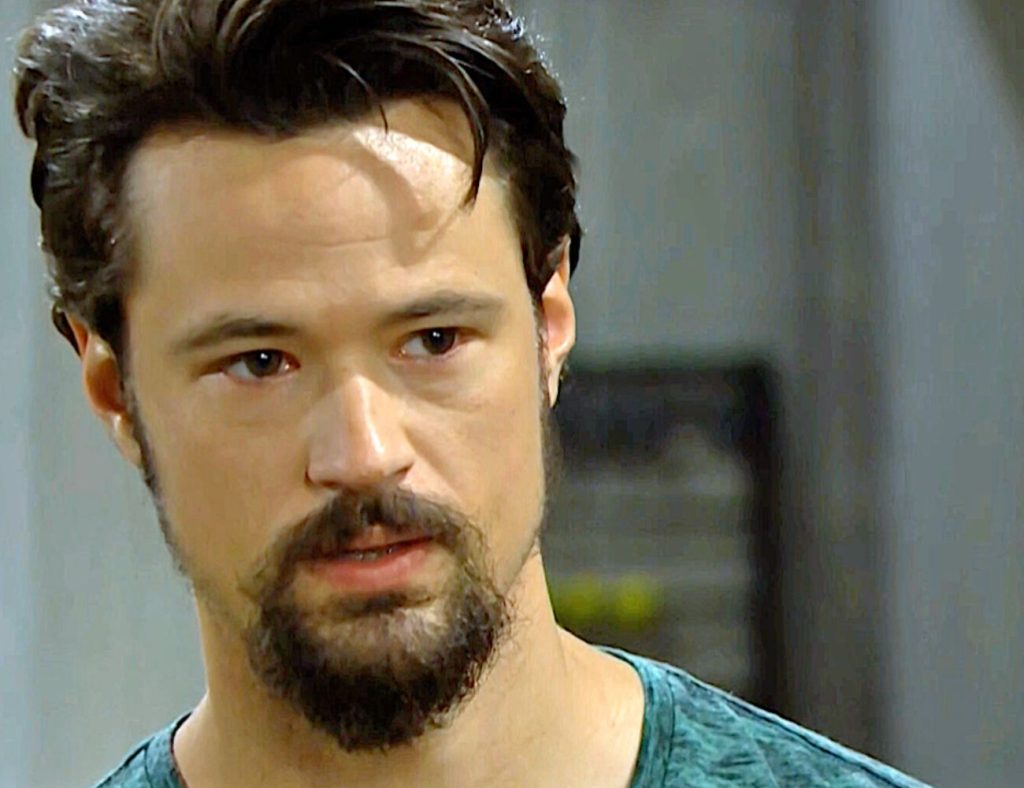 The Bold And The Beautiful: Thomas Strikes Back, STUNS Hope

Lately, The Bold and The Beautiful has been all about Sheila Carter and her love-sick soldier, Bill Spencer. The story has been running in circles around Bill claiming his undying love for She-Devila. Meanwhile, she is smug as ever. However, the latest spoilers for the CBS soap suggest that the story will now make some space for Thomas Forrester trying to regain some of the footings that he lost in the CPS call aftermath. Thomas will come up with a plan to make a comeback at Forrester Fashion. Furthermore, the spoilers tease that Thomas’s latest plans are centered around Hope Logan!

Thomas’s Exile From All Things Forrester

After Thomas was exposed on The Bold and The Beautiful for framing Brooke for the CPS call he made, Ridge showed him the door. Not only did Ridge cut his son out of his personal life, but he also cut all professional ties with the prolific designer. Thus, Thomas was fired

from his esteemed job at Forrester Fashion. That was quite a rapid fall for Thomas from the high horse he had been riding before the setback. Perhaps the downfall has put things in perspective for the Forrester black sheep.

Besides, the current rampage on The Bold and The Beautiful, courtesy of Bill and Sheila’s alliance, is far worse than Thomas’s version of parent trapping. Being the lesser evil compared to Sheila Carter might soften everyone towards him. After all, they are too worried about their lives with the murderous psychopath out on the loose. Thomas is a baby duckling compared to the evil vixen. It would be in Thomas’s highest good to make a move right now when the scales have a chance of tipping in his favor! But what exactly can Thomas do to get back in the Forrester Fold?

Is Hope Thomas’s Only Hope On The Bold and The Beautiful?

Hope has had enough of Sheila and Bill’s drama

on The Bold and The Beautiful. According to the latest spoilers, Hope will focus all her energy in work in the upcoming week. Her previous collection for Hope for the Future was a raging success. And it’s about time Hope starts working on the next phase. However, it is important to not that Thomas had a huge part in the fashion show’s success. His designs for the collection won a lot of appreciation.

Thomas might be many things on The Bold and The Beautiful, but a bad designer is not one of them. Moreover, betting all his coins on his professional talent is probably the only thing that can salvage him. The latest spoilers suggest that Thomas will be giving Hope huge news on The Bold and The Beautiful. Maybe Thomas will come up with some stellar designs and ideas for the next round of collection for Hope’s jewelry line. Perhaps they will be so good that Hope will not be able to decline. Some apologies on Thomas’s part might help in convincing Hope to get Thomas back in the fold.

Do you think Thomas will succeed in making inroads with Hope again on The Bold and The Beautiful? Please share your views with us in the comments. Meanwhile, stay tuned to CBS over weekdays to find out what happens next on your favorite soap.