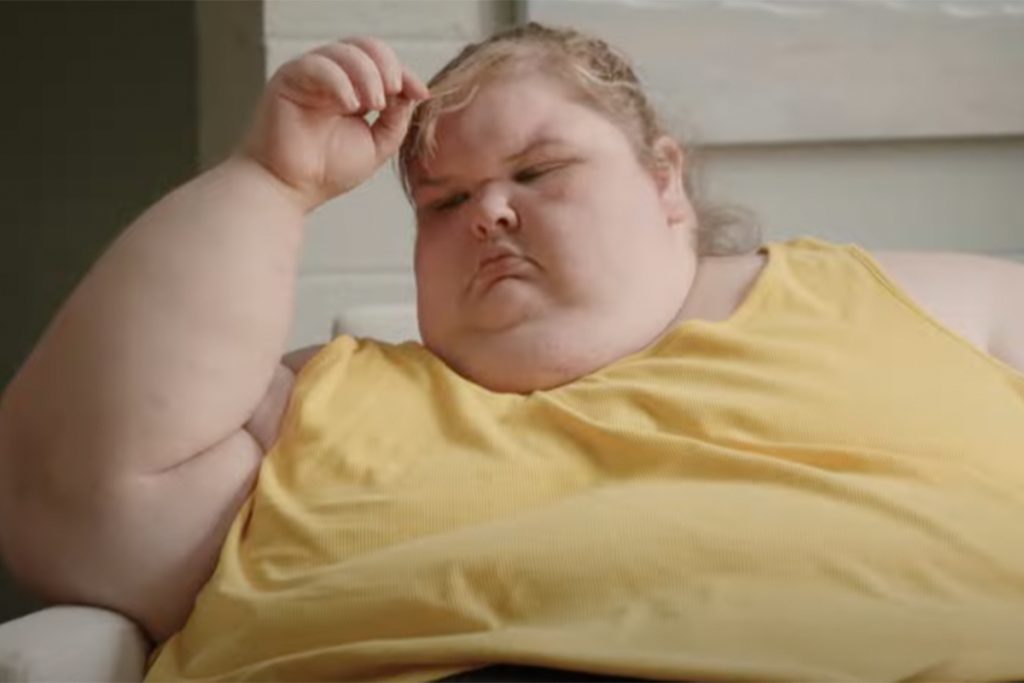 1000 Lb Sisters: Tammy Slaton Drinks SODIES Instead Of Water Even After Being BEDRIDDEN?

Tammy Slaton has been the most problematic character from the show 1000 Lb Sisters. Ever since she made her debut, she has only gone further away from her weight loss journey. Hence, fans think it is ironic that she continues to gain weight in a show focused on getting healthy. But, lately, the TV Star has landed herself in trouble yet again. It’s because they spotted something unusual in one of her videos. Keep reading to know all the details!

Tammy Slaton has been out of her house since November 2021. It happened after the celebrity got carbon dioxide poisoning and had to visit the hospital. Therefore, the medical staff operating on her put a trachea tube in the Slaton Sibling’s neck. However, after this massive health scare, the celebrity directly went to a “hospital like” place after her health update video. Although she didn’t disclose it, fans assume she is in a specialized nursing facility for morbidly obese people. Looks like the 35-year-old still has no intentions of improving her health.

That’s because the viewers noticed a bottle of “sodie” in her latest Tik-Tok video. Both Tammy & Amy Slaton were shunned heavily at the beginning of 1000 Lb Sisters. It happened when they told a doctor about consuming sodas. Moreover, they lovingly called them “sodies” and substituted them for water. Therefore, when they saw a bottle of the same thing on the elder sibling’s medical table, they shunned her again.

However, some other people from the fanbase took notice of the fact that a cup of water was also next to her. Hence, they claimed that the TLC personality was trying to show them that she has started making healthier life choices. TV Season & Spoilers highlights that in the video’s caption, the infamous Slaton shed light on having six big cups of water every day. Thus, fans took a sigh of relief.

1000 Lb Sisters: Tammy No Longer A Candidate For Bariatric Surgery?

Ever since 1000 Lb Sisters viewers pointed out that Tammy has a trachea tube on her neck, heavy speculation began. First, they began saying the star has no chance of getting surgery anymore. Later, a huge discussion began on Reddit. Lots of audience members had been giving various reasons as to why this isn’t possible. One account claimed that the Slaton sister is a fragile medical mess now. Moreover, they claimed she wouldn’t be able to survive the surgery.

On the other hand, another Redditor believes that a doctor won’t operate on a client with such “poor health”. After all, weight loss surgeries are extremely risky. Furthermore, the same comment said that if the patient loses her life on the operating table, it would be a “huge liability” for the surgeon. Do you think Tammy still stands a chance to be slightly healthy? Tell us in the comments below. Keep up with TV Season & Spoilers for more new 1000 Lb Sisters news.