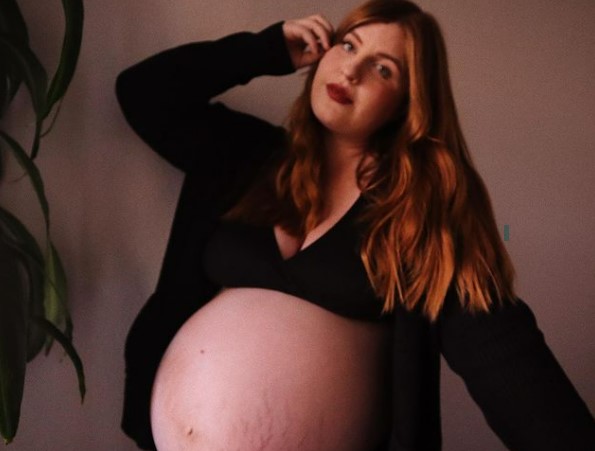 Isabel Roloff has finally revealed a major milestone from her life on her social media handle. All Little People Big World fans must know by now that the ex-TV star finally became a mother this year. Hence, 2021 was very special for her and her husband, Jacob Roloff. Together the LPBW couple had their first baby. Now, the new mother shared a very endearing video on her Instagram handle regarding the same. Keep reading to find out more about it.

As 2021 is nearing its end, everyone is using their social media to share major highlights from their lives. Therefore, Isabel Roloff also hopped on the trend bandwagon and shared major milestones from her year. All LPBW fans must know by now that the former celebrity’s 2021 journey consisted of experiencing childbirth and pregnancy for the first time. TV Season & Spoilers report that the clip started with Isabel finding out she’s pregnant with a test while sitting inside a car. Later on, there were snippets of her telling her family and friends. Their surprising reactions also got featured in the reel.

Later, she flaunted her pregnant belly in the video. It featured her ultrasound sessions, a shift in her bump as the baby moved, and some bonding time with her husband Jacob and their family dog. Eventually, she gave a little glimpse of her baby boy Mateo. The post had a peek of his hand and his dad Jacob lovingly moving his palm on his head. The caption of the reel said 2021 is Isabel’s “best year yet.”

Later on, Isabel reshared the video again on her Instagram stories. There the former celeb revealed that she found out about the pregnancy in March 2021. Moreover, Roloff also expressed her majority of 2021 was spent “daydreaming” about the baby. Therefore, now her life will “never be the same”. The 25-year-old concluded the post by saying she had “so much fun” making this video. A fan noticed that the Oregon resident was in a car while taking the pregnancy test

. When asked about the same, the young mom mentioned that she was at the beach as she feels closest to her late mother.

As the whole world celebrated Christmas recently, Isabel Roloff was on cloud nine during the festive season. That’s because it was her first celebration as a mother. Therefore, it was very special for her and her close-knit family. In fact, she made a lot of posts about the same on her social media. One of her posts featured the family Christmas tree. However, the unique part about it was that her newborn’s footprint was in one of the ornaments. As a result, every one heavily appreciated her creative yet sweet gesture.

Apart from this, the mother-of-1 also hung a new ornament on her tree. It turns out a close friend got it for her. Furthermore, it contained the name of her baby, Mateo Tomas Roloff. As the new parents welcomed their baby boy into the world in December, they believe he is God’s gift to them. Moreso, his name also means the same thing in Spanish. Keep checking TV Season & Spoilers for more such LPBW updates.