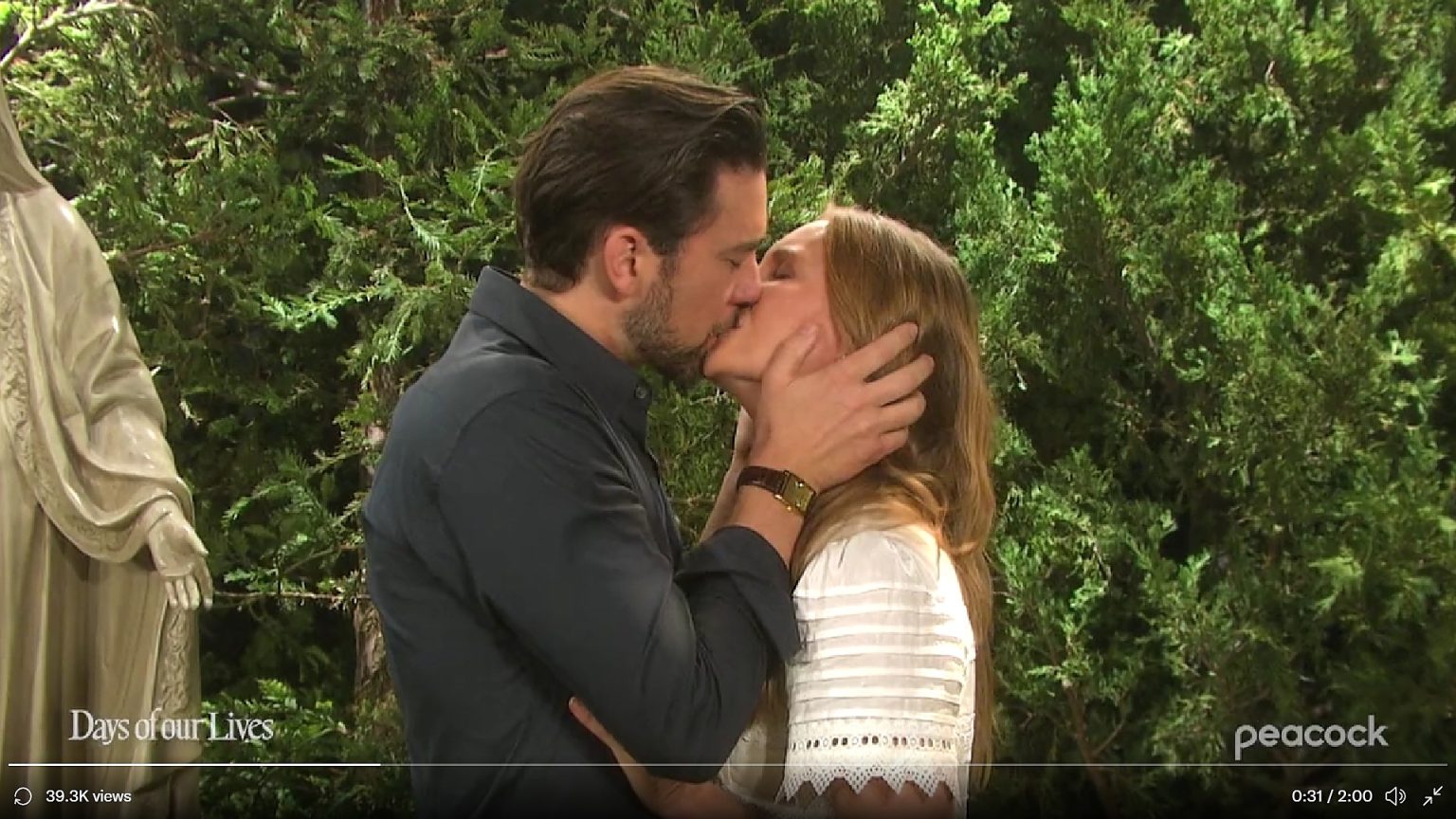 Days Of Our Lives fall preview video reveals that Chad will finally uncover Abigail’s murder mystery. On the other end, Chanel will come across a window on which “murderer” will be mentioned. As for Jennifer, she will cause a car crash under the influence of drugs. Next, Tripp will punch Johnny in the face. Over with Kayla, she will succumb to Orpheus’ poison. Keep reading and uncover what DOOL has for its viewers this fall.

As Rolf’s brainwashing technique was successful, Stefan will only remember Chloe as his love interest. So, when Gabi comes to plant a kiss, he will pull back and will push Gabi from his side. From this, Gabi will be disheartened. Days Of Our Lives spoilers say Gabi will approach Rolf in his secret lab.

Over there, she will confront him as he was the one who gave life to Stefan. As the argument escalates, Gabi will physically attack Dr. Rolf. However, he will tell her everything is now out of his hands. Eventually, Gabi will give up and decide to move on with her marriage with Li. But possibilities are there that Days of Our Lives might come up with some interruption in the marriage!

Days of Our Lives spoilers say that EJ will dare Eric to punch him. And indeed, Eric will punch him in his face for crossing the line. Across the town, EJ’s son will also get punched. Looks like Tripp will be furious over Johnny and Ava’s relationship. So, fans can expect him to deck Johnny down.

Elsewhere, Alex will finally be able to impress Stephanie. DOOL spoilers say that Alex and Stephanie will come closer to each other. And finally, they both will kiss. This will make Alex super happy, and he will be on cloud nine now that he has got what he wanted for these many days.

Over with Nicole, she and Eric will also share a kiss. Looks like Eric and Nicole will cheat on their partners. In the meantime, Jada will walk at the right time and witness Eric locking lips with Nicole. Later, the preview clips show Jada collapsing in Rafe’s arm.

Further on Days Of Our Lives, Chad will finally uncover Abigail’s murder mystery. Looks like Chad will have a ghostly encounter with Abigail. She will thank him for finding her murderer, and they will eventually share a kiss. As for Chad, he will also get closure to his strugglings and will decide to move on in life.

Across the town, Kayla, Marlena, and Kate will fall sick at the same time. They will know that Orpheus has something to do with their health. So, Rex will come to save all three women. However, Kayla will succumb to the poison. She will die and go to heaven, where she will see a familiar face. Fans already know that in soaps, death is not permanent. So, let’s wait to see what happens in the upcoming episodes.

Next, Sloan will investigate some scandal regarding Paulina’s governor run. Later, Chanel will be tensed by the word “murderer” written on the window of Sweet bits. The preview video shows that she will grow concerned about her situation. Looks like Chanel is keeping some secrets.

Lastly, the preview clips show a car accident when the car falls off a cliff and explodes. The spoilers show that Jennifer will cause a car crash under the influence of drugs. It is also teased that Ava, EJ, and Susan will also be the victim of the car accident. What will happen to them? Watch the preview and comment down below your thoughts. Days Of Our Lives will be aired on Peacock streaming service, so get a premium account to continue viewing this soap. For more updates and spoilers, visit our website, TV Season & Spoilers.