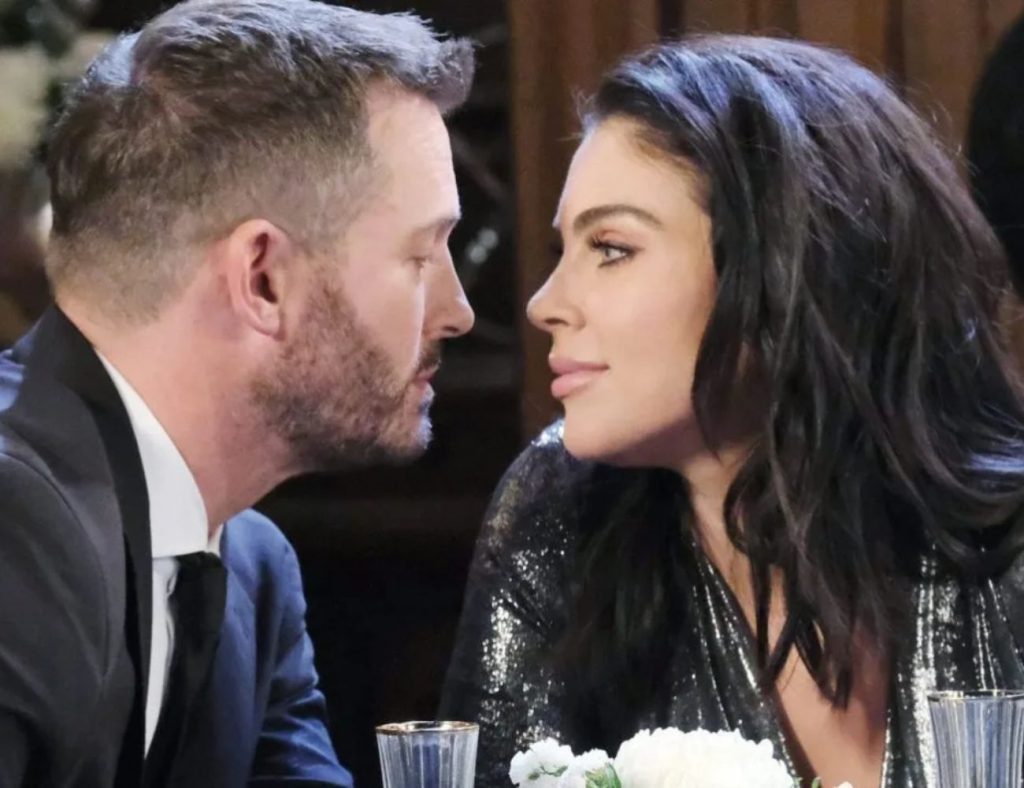 Days of Our Lives Spoilers: Chloe And Brady Reunite!

Brady Black has been functioning under immense pressure on Days of Our Lives. Just as he had started to feel comfortable in his romantic relationship with Chloe, Kristen got in the way. If that wasn’t enough, he was forced to live under the same roof as Kristen. Times had been really dark for him. However, the latest Days of Our Lives spoilers suggest that Brady has finally reached the end of the tunnel, and light awaits him! Is his reunion with Chloe on the cards? Let’s find out!

Brady and Kristen have always had a twisted relationship on Days of Our Lives. However, he found stability when he got romantically involved with Chloe. The two of them were much in love and happy together. Alas! Kristen couldn’t allow that, could she? Ofcourse not! So, she devised the most sinister plan of tearing Brady away from Chloe. She blackmailed him into breaking up with Chloe, in exchange of the orchid needed for the antidote. An antidote that was crucial to save Marlena, Kayla and Kate.

Brady had no choice but to comply with Kristen’s demands or watch the three ladies die on Days of Our Lives. Thus, he broke Chloe’s heart and let her go. Moreover, Kristen prohibited him from telling anyone the real reason. Hence, all Brady could offer Chloe as an explanation was that it was the best thing for his daughter Rachel. Obviously, that was not enough reason, but Chloe accepted it and moved on. Meanwhile, Brady had to bear the pain of letting Kristen move into the townhouse with him, as well as watch Chloe get involved with Stephan.

Brady And Chloe Reunite On Days Of Our Lives

Recently, we saw how tired Brady had become of doing Kristen’s bidding on Days of Our Lives. He confided in Eric, and they both devised a plan to steal the orchid from under Kristen’s nose. They orchestrated an elaborate plan of Rachel’s fake kidnapping to distract Kristen and get the orchid. Luckily, the scales finally tipped in Brady’s favor, and Kristen lost control

over the coveted orchids. Thus, also losing her hold on Brady’s life.

The latest Days of Our Lives spoilers suggest that Brady is now free from Kristen’s control. In all likelihood, he will try to win Chloe back. After all, it’s clear that he and Chloe are still very much in love with each other. Moreover, the fact now that Gabi remembers her and Stefan’s true love, she will try her best to get Stefan’s brainwashing reversed. Thus, Chloe and Stefan’s relationship is not going to be very long-lasting. However, that doesn’t mean Chloe will immediately fall back into Brady’s arms. She really was terribly heartbroken, and Brady will have to work his way back into her life.

Are you happy with the latest development in Brady and Chloe’s story on Days of Our Lives? Or did you prefer Brady with Kristen and Chloe with Stefan? Please share your views with us in the comments. Meanwhile, stay tuned to the upcoming episodes of Days of Our Lives to find out how this dynamic shift henceforth.