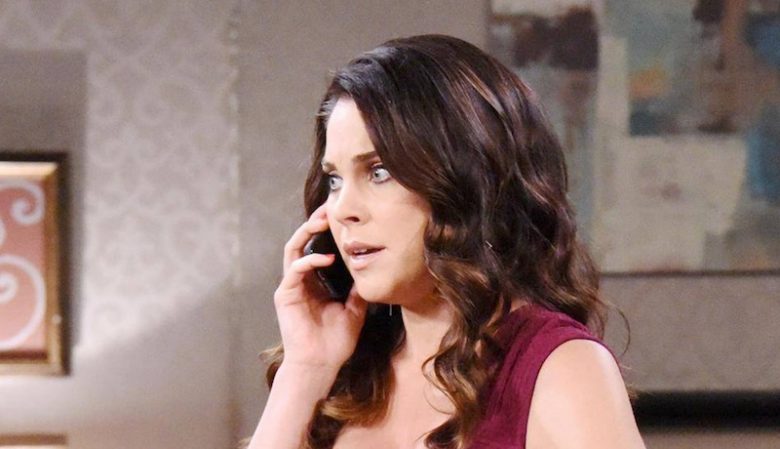 Days Of Our Lives Spoilers: Chloe Choses Brady Over Philip! Brady And Chloe Get Married?

Days of Our Lives spoilers suggest that things are about to change for Chloe in the upcoming days. Viewers know that Chloe has chosen Philip over Brady. But with Philip’s recent outburst and almost psychotic behavior, Chloe might decide to move ahead with Brady.

In fact, spoilers hint that the two of them might end up getting married. What will happen? Keep reading to find out.

Days of Our Lives would know that Philip has a jealousy problem. He followed Chloe and Brady while they were on the trip. While nothing wrong had happened between them, Philip felt insecure and decided to go after them. When he reached the motel, he found Brady and Chloe in the same bed. Chloe explained to Philip that they were only sharing the room because the motel had limited occupancy, but he refused to understand. His rage got the better of him, and he started threatening Brady to kill him.

Ever since then, Philip has been having outbursts momentarily. Chloe has made it clear that this kind of behavior is a huge turn-off. But, Philip is having a hard time controlling his emotions. Days of Our Lives spoilers suggest that in the upcoming days, Philip will write a threatening letter to Brady. Then, after that, Chloe and Brady might go to the Kiriakis mansion looking for him.

Brady And Chloe Reach At The Wedding Venue

Days of Our Lives spoilers suggest that in the week of September 6, things are shaking up. Apparently, Chloe and Brady will reach the Kiriakis mansion shortly after Xander crashes Bonnie and Justin’s wedding. DOOL viewers would recall that Xander had figured out the truth about who stole the money he was supposed to give to EJ. So, after that, he went to Kiriakis mansion and confronted Bonnie. After that, things went down a spiral.

Days Of Our Lives Spoilers: Chloe Choses Brady Over Philip?

Days of Our Lives spoilers hint that Chloe might make a decision in the upcoming days. She might get fed up with Philip’s behavior and decide to take Brady’s proposal into consideration. DOOL viewers would know that Chloe and Brady were married twice in the past. While things did not work out for them back then, Soapoperaspy.com

speculates that Chloe will decide to give it a chance again. After all, Brady has proved that he is a loving, caring, and responsible father. He did not deviate this time, and he has been giving Chloe the attention she deserves.

So, it looks like she will understand that Brady has matured since the last time and decide to give it a chance. Would they get married down the line? It is possible indeed. We will have to wait to see how Days of Our Lives builds the story here. So, make sure you tune in and enjoy. Tvseasonspoilers.com will keep you updated with all the news about the soap as it surfaces. So, stay tuned.