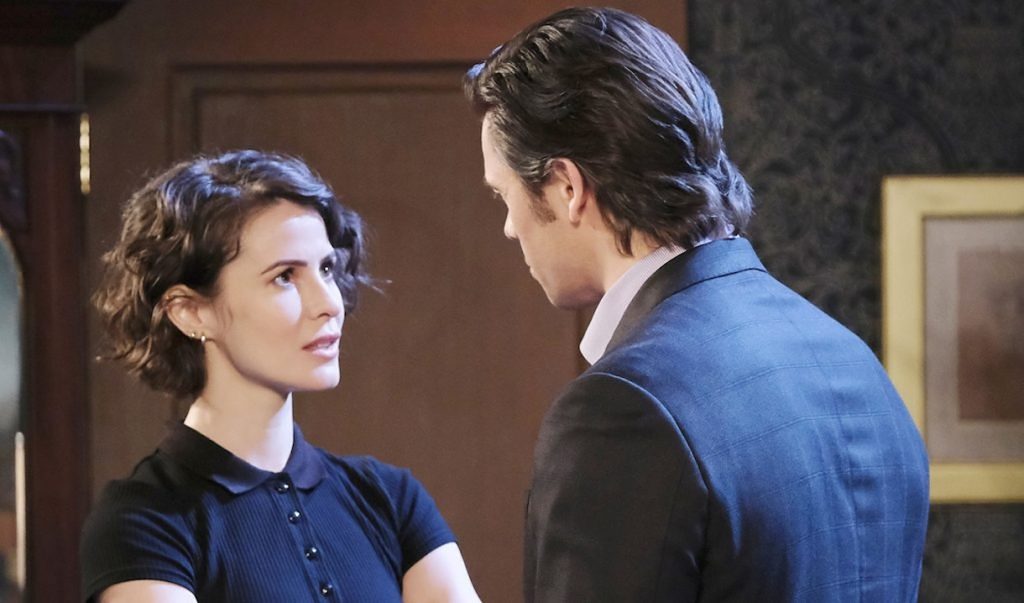 Days Of Our Lives Spoilers For August 10, 2022: Xander’s Undercover Mission, Ava-Johnny Get Close

Days Of Our Lives spoilers for August 10, 2022, reveal that Sonny will approach Chad in the upcoming episode. He will have a way to help Chad out of his misery, so he will offer a job. On the other end, Xander will go on an undercover mission to find out more about Gwen and his possible escape. However, he is likely to mess things a bit over there. In the meantime, Ava will come across Johnny, and they might feel some sparks towards each other. Keep reading to find what DOOL has in store for the viewers in today’s episode.

Xander and Sarah suspect Gwen’s involvement in Abigail’s murder. The spoilers for Days Of Our Lives claim that Xander will go on an undercover mission as Father Callum O’Brien. He will be able to trick the warden and get access to the information successfully.

However, it is teased that Sarah and Xander will discover something. Later, they might even share a kiss which the warden will witness. She will quiz Xander and wonder why are they getting intimate. Meanwhile, Xander will come up with an excuse and will say that he got into the flow. Nevertheless, they both will discover that Ava was the one who let Gwen escape the night Abigail was murdered. This will lead to Sarah and Xander plot a plan to make Ava somehow betray Gwen. They are well aware that this plan might be very difficult to execute.

Days Of Our Lives Spoilers: Sonny Offers A job To Chad

After losing his wife and brother, Chad is still struggling to move on. The spoilers for Days Of Our Lives claim that Sonny will want to help Chad move on

in life. However, it is teased that Sonny will have a job offer for Chad.

Meanwhile, Alex might feel that it is not the right time to hire Chad. According to him, he is emotionally and mentally drained and might not be that productive at work. Alex is secretly working for Victor Kiriakis, so he wants to prevent any crisis which comes in the way by reporting it to his real boss.

Later, Alex will cross paths with Chanel and might immediately start flirting. However, it will make Allie jealous, and she might plant a kiss on Chanel to show him that she is taken. Whatever it is, Alex will still feel fascinated towards the girls. What is Alex likely to do next? Will know that in the following episodes.

After maintaining the act, Ava has successfully moved into the DiMera mansion

. It is obvious that she will cross paths with Johnny. However, it is teased that they both will soon feel sparks in between them. They are likely to get more closer to each other.

Later, they both might even get caught in a compromising position. However, it is not known who will catch these two. But, the question is will this lead to a possible mess in Gabi and Ava’s plan to block EJ? Will know this in the upcoming episodes. Watch Days Of Our Lives which airs every Weekdays on NBC. For more information, visit our website, TV Season & Spoilers.