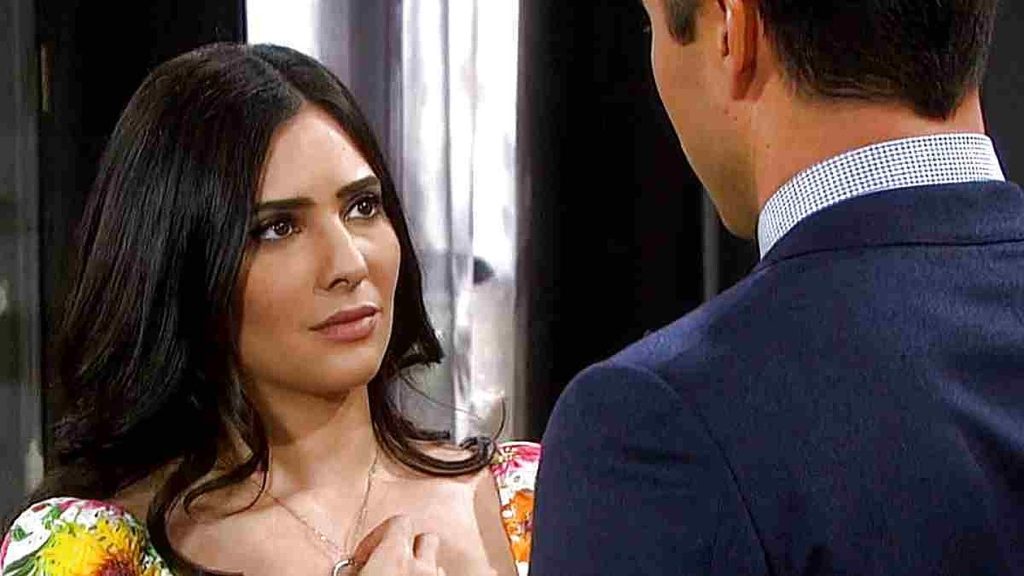 Days of Our Lives spoilers for January 10, 2023, reveal that Li will beg Gabi for another chance. However, she will throw him out of her house and worry for Stefan. As for Stefan, he will continue to deny getting reverse programming. Elsewhere, Eric won’t have any choice but to threaten Kristen at gunpoint and make her give away the life-saving orchid. How will Kristen react to everything? Let’s read to know what DOOL has in store for the viewers in today’s episode.

Li Begs Gabi For Another Chance

On Tuesday, Li will again visit Gabi’s place. Days of Our Lives spoilers say Li will beg Gabi for another chance. He will once again explain his love for her and the reason for going to that extent. However, Gabi will be least interested in listening to his stories or reason. She will throw Li out of her house and will worry for Stefan instead. Rafe will come to comfort her, and she will also open up about her ordeal.

Looks like Stefan will continue to be against getting a reverse treatment for his brainwashing. Of course, Gabi won’t give up on Stefan or the love they have for each other. Will Gabi now decide to force Stefan into getting the treatment, or will she kidnap him? We will know that soon. In the meantime, Brady will also confess to Chloe about Kristen’s threatening. The way she used the life-saving orchid as leverage to make Brady break up with Chloe.

Speaking of Stefan, he will be furious with Johnny for keeping his brainwashing a secret while he knew it. So, Johnny will thoroughly explain to him how he was stuck in a sticky situation. Coming back from Jakarta, it was a really hard time for Johnny and Wendy

since Li begged them to keep quiet for the love he has for Gabi. So, he will narrate the whole tough situation he was in.

Days Of Our Lives Spoilers: Eric Points Gun At Kristen

Coming up next on Days of Our Lives, Eric will worry about Marlena’s health status, which will be declining faster than expected. The spoilers say Eric won’t sit quiet and watch her dying, instead, he will take things into his hands. Looks like Eric will reach Kristen’s place and will have a few things to discuss. While Kristen will be trying to handle the situation, Eric will pull a gun out and point it at Kristen.

Since Eric doesn’t believe Kristen, he will threaten her at gunpoint and will ask where she has hidden the orchid. Unfortunately, the life-saving orchid has really gone missing. So, no matter what he does, Eric won’t get any answers from Kristen. Stay tuned as things are to get more chaotic in Salem in the upcoming weeks. Days of Our Lives airs every weekday on Peacock+ in the US and on the W Network in Canada. For more updates and spoilers, visit our website, TV Season & Spoilers.