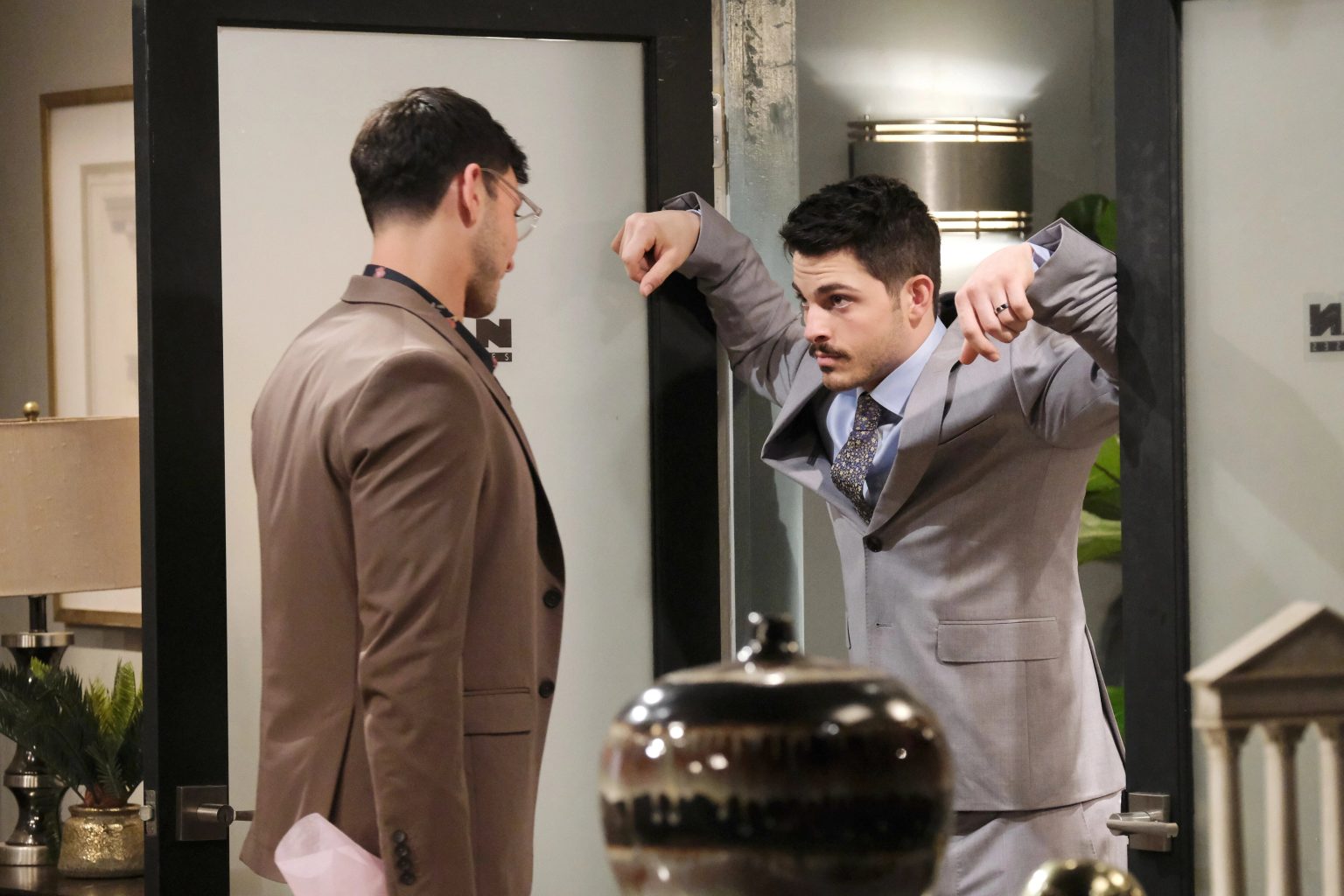 Days Of Our Lives Spoilers For January 12, 2023: Stephanie Gets Suspicious, Sonny Confronts Alex

Days of Our Lives spoilers for January 12, 2023, claim that Stephanie will mourn the loss of her mother. While she struggles to come to terms with her mother’s sudden death, she will also be suspicious of the number of phone calls she received that day. Chad will also be there for her to console her. On the other side, Sonny will sense that his brother is hiding something and will ask him to confess. So, Chad will soon get a shocker related to the phone call drama. Elsewhere, Rex will also get a very shocking update from Lucas. Keep reading to find out what is brewing in Salem.

First, Stephanie will feel extremely upset that she wasn’t there with her mother in her last few minutes. Days of Our Lives spoilers say Chad will be there for her and will console her while she cries. Stephanie won’t be able to deal with her mother’s sudden death. Despite receiving so many calls, Stephanie wasn’t able to pick up any of them.

In the meantime, Sonny will confront Alex since he will sense that his brother is hiding something from him. So, Alex will confess that he was the one who switched off Stephanie’s phone and made her miss her last shot with her mom. Sonny will understand the whole part and will ask him not to feel guilty, it wasn’t his intention to do that. Alex didn’t even know that Kayla was going to die or the calls were regarding that, so he will ask him not to think much and have faith in his love.

Back with Stephanie, she will get suspicious about the calls. Fans know Chad called and texted her many times. So, she will wonder how she could not have seen the phone. Other spoilers say Sonny will ask Alex to confess his mistake to Stephanie, but he won’t know she is also going to confront him soon. Will this misunderstanding become the main reason for this couple to separate? We will know that soon.

Days Of Our Lives Spoilers: Rex Gets Shocking Philip Updates

Further, Lucas will finally decide to keep Rex in the loop about Philip. Days of Our Lives spoilers say Rex will get a shocking update when he learns that Philip is alive and is getting treated in a hospital. This update will completely shock Rex to the core. Lucas will inform him that they should inform Philip about Kate’s death. Otherwise, it won’t be fair for him.

Over with Steve, he will decide to take things into his hands. After losing Kayla, he won’t know how to live his life without her. So, he will decide to make Kristen pay for her deed. This is what Steve will be focusing on in the coming week of January 16-20, 2023. Stay tuned to see how Kristen will end up in jail. Days of Our Lives airs every weekdays on Peacock+ in the US and on the W Network in Canada. For more updates and spoilers, visit our website, TV Season & Spoilers.