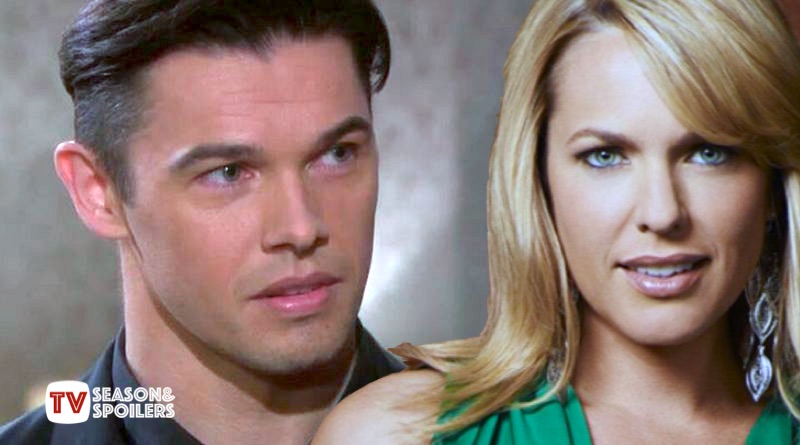 'Days Of Our Lives' Spoilers For Next Two Weeks: Fake Nicole Exposed, Tripp's Escape & Much More

Days Of Our Lives Spoilers indicate that schemes and deadly secrets are about to be out in the open. The return of Nicole Walker caused quite a stir in Salem. However, she hasn’t been acting like her usual self lately. Just when Nicole arrived, she learned that her daughter Holly is kidnapped. She lashed out at Eric and Chloe for being ignorant. Unfortunately, Holly is now presumed dead. After her funeral, Nicole fired up at Eric, Sarah, and Maggie.
Of course, she could just have been upset about her little girl passing away. But it seemed much more than that. She said things that were so hurtful, it made viewers doubt whether she is indeed Nicole or not. According to Days Of Our Lives Spoilers, Xander is going to get caught red-handed, and some big secret will spill out. Speculations suggest that Nicole is not really herself. Instead, an impersonator is disguising herself as Nicole Walker. Kristen DiMera is on her way back to the series, and she is under the radar. After the funeral, Nicole kissed Brady who is definitely something real Nicole is highly unlikely to do.

Days Of Our Lives Spoilers: Chloe and Stefan Driven Apart

Gabi is going to ask Kate to help her drive Stefan and Chloe away. Kate makes sure that Chloe finds Stefan and Gabi in bed together. She will most likely confront Stefan about how long this has been going on. Although, she had her doubts from the moment she saw Gabi’s button in her apartment. When she sees the duo in bed together, it will revive those fears. Speaking of intimate moments, Hayley can also get close to JJ. Will they go all the way during their run? We’re going to have to watch!

What Does Maggie Tell Brady?

Maggie is likely to tell something to Brady that can change the course of the entire show. Nicole has already raised a lot of suspicions from the way she behaved after the funeral. The high probability indicates that Kristen is the imposter behind fake Nicole. Perhaps, Maggie has got some news about Xander and Nicole’s partnership that she wants to get to Brady’s notice.

What’s Up With The Hortons?

John will beg Eve to tell where Dr. Rolf’s diary is for Will Horton’s sake. Will is in need of some serious help at present or his tumor crisis could take a huge toll on his life. Spoilers also suggest that Jennifer Horton and Jack might warm up to each other. But she is going to help Tripp get away from Jack’s grip, so it’s going to be an interesting watch. Since Jack won the elections, Tripp has a much bigger problem now. Hope is fired from her position as the commissioner. Claire is also going to flip out as she blames Eve for her breakup. The scene in Salem is surely going to be intense! Stay tuned with TV Season Spoilers to get Days of Our Lives