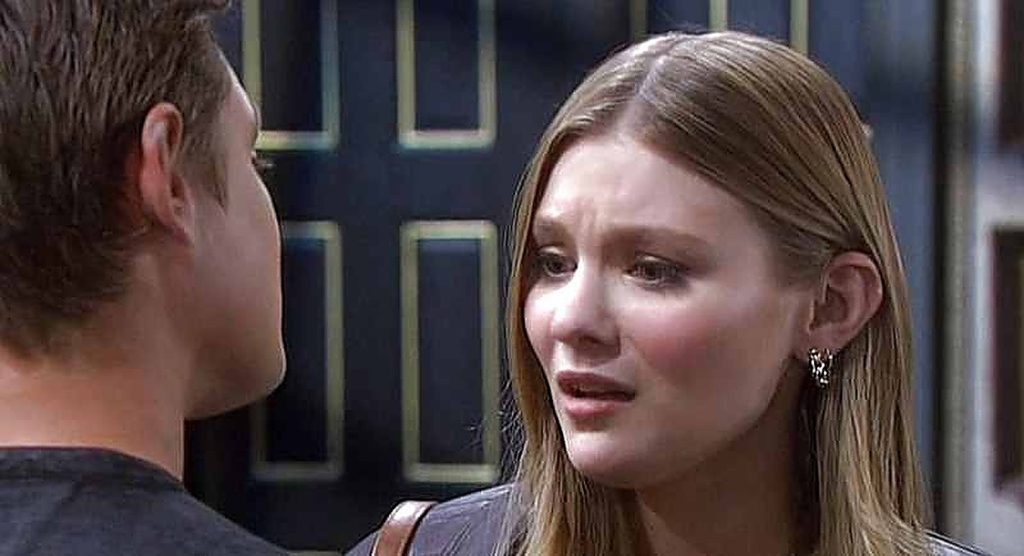 Days Of Our Lives Spoilers For September 15, 2022: Kristen’s Accusation On Brady, Allie Is Worried

Days Of Our Lives spoilers for September 15, 2022, reveal that Gabi will inform EJ about Stefan. He will know that it is the right time for EJ to use his brother in his plans. On the other end, Kristen and Brady will continue their fight to get Rachel’s full custody. Over with Allie, she will not approve of Johnny and Ava’s relationship. Let’s read further and find out what is brewing in Salem.

Kristen already brainwashed Rachel by reminding her of family getting reunited. Days Of Our Lives spoilers say that Rachel’s custody battle will get ugly in court. Kristen will charge some serious accusations against Brady, which will completely stun him. It won’t be a surprise if Kristen accuses him of domestic violence or anything of that sort.

As for Kristen, to get Rachel and Brady back in her life, she can go to any extremes. So, this accusation will be the start of that. It is teased that Brady will get caught in this mess. So, he will know that it is quite tough for him to come out of it.

Elsewhere, Gabi will inform EJ about Stefan’s survival. So, he will be stunned to know the new updates. However, EJ will know that it is the right time to use Stefan for his own purpose. Now that Stefan doesn’t want Gabi, EJ will realize that everything is falling in his favor. However, Days of Our Lives spoilers say that EJ will soon face hurdles in his plan. Will that be because of Stefan or someone else? We will know that.

Days Of Our Lives Spoilers: Ava-Johnny Team Up; Allie’s Disapproval

Over with Ava and Johnny, they will decide to be just friends. But, to the outside world, they will act as if they are in a relationship. Days Of Our Lives spoilers say that Allie will not know that Ava and Johnny are acting. So, she will not approve of their relationship. As for Allie, she dated Ava’s son, and she is also the grandmother of Henry. So, she will think that the whole situation is messed up.

However, Chanel will think otherwise. She will not find anything wrong with Johnny dating Ava. Moreover, as far as Johnny is not interrupting her love life, Chanel will be fine with his decision. Whatever it is, Johnny’s action

will lead to a conflict between Allie and Chanel in the upcoming episode. Will their difference in opinion be the reason for conflict? We will know that.

Being Johnny’s sister, Allie’s concern is right. DOOL spoilers say that Johnny will be the one who will intervene and try to calm Allie and Chanel during their argument. Stay tuned and watch Days Of Our Lives which airs every weekday on the Peacock Streaming app. For more information on updates and spoilers, visit our website, TV Season & Spoilers.