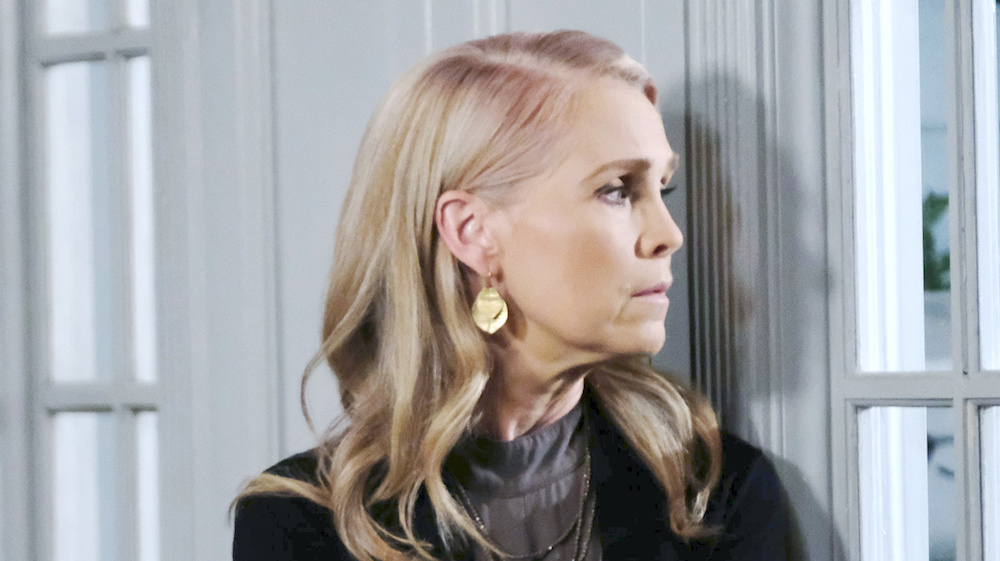 Days of Our Lives spoilers for September 5, 2022, tease that Maggie will stumble upon some bottle. She will find out that Jennifer is back to taking drugs to soothe her mind. Later, Maggie will help Jennifer to cope with her struggles. On the other end, Will will learn about Sonny’s condition. He will rush back to Salem to be with his husband. At the police station, Rafe will grill Sloan and push her to answer about Leo. Read further to know what is brewing in Salem this Monday.

Firstly, Maggie will stumble upon something which will stun her. Days Of Our Lives spoilers say that Maggie will find Jennifer’s secret on Monday. She will come to know that Jennifer has again started doing drugs. Maggie knows that she is struggling to cope with Abigail’s death, but drugs are not the solution.

In addition, she will also know that taking drugs is an unhealthy solution. So, she will advise Jennifer to have some organic things instead of drugs. Maggie is concerned, she is someone who knows the struggles of addiction. So, she will be the right person to show the path to Jennifer.

However, Jennifer will act like she understands Maggie. Days of Our Lives spoilers tease that she will retrieve the bottle of drugs from the garbage later. It looks like Jennifer is in no mood to give up on drugs. Will Jennifer’s stubbornness trap her in other problems? We will know that.

Further on Days Of Our Lives, Rafe will grill Sloan. He will corner her and push her with questions about Leo’s whereabouts. Leo will be missing, and Rafe will know Sloan has got something to do with it. No doubt, he will also accuse Sloan of letting Leo give false testimony. Later, he will even threaten to put her in jail.

Over with Leo, he will continue to struggle with the recent happenings. He will get panicked as he believes that he is being framed. Eventually, Leo will realize that it is time for him to take a stand for himself. He is innocent, and he needs to prove it anyhow.

Elsewhere, Victor’s decision will excite Alex. Looks like Victor will pair Alex and Stephanie in one team at the Titan. And Alex will be more than happy to accept his orders. He will now get some valuable time to prove his love to Stephanie. Moreover, he is also ready to change himself to Stephanie’s likes.

Will Rushes To Salem

Lastly, Will Horton will learn about the attack on Sonny. He will rush to get the next flight to Salem. Days of Our Lives spoilers say that Will will want to stay by his husband’s side. He will be in a panicky mode until he meets Sonny. Fans know that Sonny is battling for his life in the hospital. And everyone is concerned about whether he can make it through this tough time.

Ever since Abigail was killed, things are not going well in Salem. In addition, a lot many prisoners also got released. We know Kristen, she is planting some mad science technique. Over with Orpheus, he is playing mind games with bombs and all. And now, Sonny is attacked. A possible mayhem is coming up in Salem. DOOL spoilers say that the future episodes will get more anxiety-inducing. Stay tuned and watch Days Of Our Lives, it airs every weekday on NBC. For more updates and information, visit our website, TV Season & Spoilers.