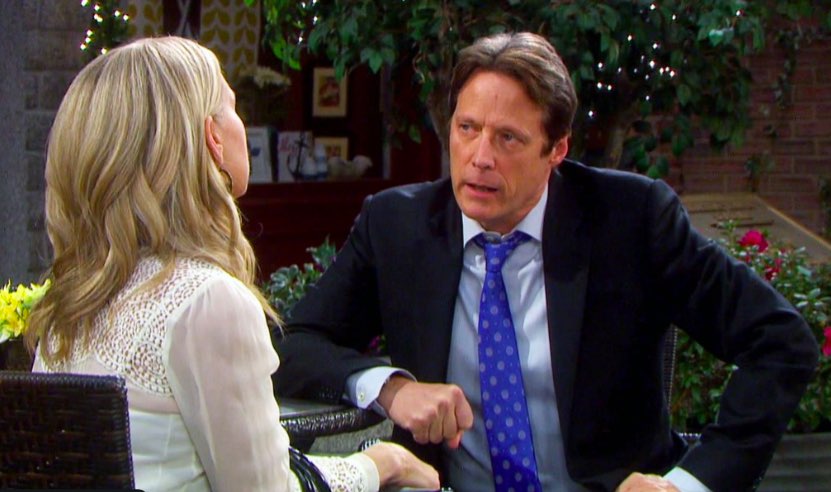 Days Of Our Lives Spoilers For The Week Of 15th July: Jack Drops Bombshell, Jennifer's Heartbreak

According to Days Of Our Lives Spoilers, there is going to be plenty of drama in Salem. Jack is going to be the center of all the twists and turns. We know that Eve brought Jack to Salem. But after drinking Dr. Rolf’s serum, his memories of Jennifer faded. Eve also made him run against Abe for Mayor. She also destroyed his relationship with his son by creating a campaign aiding the deportation of Hayley. Building on that, let’s take a look at Days Of Our Lives Spoilers for the week of 15th July in detail.

Days Of Our Lives Spoilers: Jack Makes a Huge Decision

Days Of Our Lives Spoilers suggest that after doing a lot of thinking, Jack is going to take the antidote that will bring his memories back. Eve, however, will try to talk her husband out of it initially. But eventually, she will know that she has to face this someday. He tells her that his feelings for her won’t change. However, Eve is not so certain about that as she has seen his bond with Jennifer.

Jack and Jennifer are sitting together and discussing the past. Unfortunately, Jack doesn’t remember anything. He then tells Jennifer that he wants to remember his past. Fans remember that they used to be a super couple. If Jack remembers his past, it might lead to the rekindling of the former romance.
They built a wonderful life together. However, Jack is completely ignorant of any romantic moments associated with Jenn. He loves Eve, and that’s not something that can change any time soon. However, once he decides to get his memories back, he is going to be clear of where they stand. It will also offer him a chance to make a sound decision.

Jennifer is likely to keep her hopes up as Jack takes the serum. He will remember his past, but there are chances that his feelings won’t light up for Jenn immediately. The serum is likely to take some time to come into effect. But if it takes too long, Jennifer is going to be in for a heartbreak. In that case, she is going to have to accept that she has lost Jack, and their story is over. Jennifer will then have to move on.

In the latest #DAYS, Sarah catches Maggie in a weak moment.https://t.co/ZsCmioRrzb pic.twitter.com/feXmhYGFHk

She can ultimately decide to let go off the past and look for love elsewhere. Speaking of which, Henry is coming back to town. He has been someone Jennifer could always rely on. He has feelings for her, but somehow always loses when it comes to gaining her affection. However, if Jennifer walks away, and Jack’s memories do come back after some time, the situation is going to be even more complicated.
Do you think Jennifer will find comfort in someone else’s arms during this time? Or she might wait around long enough to let Jack get back on track? Let us know in the comments below. Stay tuned with TV Season Spoilers to get Days of Our Lives