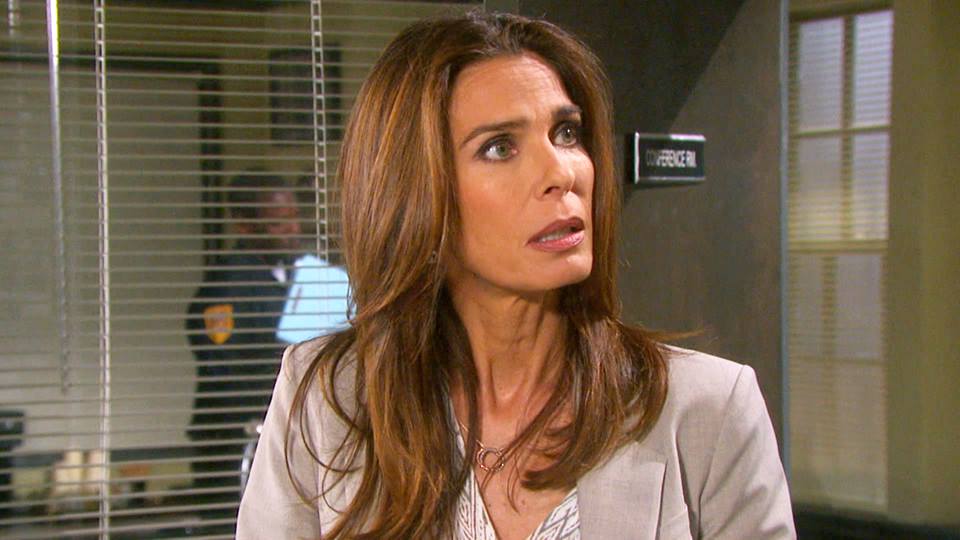 'Days Of Our Lives' Spoilers: Hope's Blunder Gets Her Fired, Is Holly Safe?

The latest Days Of Our Lives Spoilers bring a lot of drama for Rafe and Hope. Hope’s life is likely to turn upside down mostly because of her own actions. Holly has been kidnapped, and it’s time for Eric to come clean with Sarah. In short, DOOL’s plot is taking a sharp turn, and exciting events are going to happen in Salem.

Days Of Our Lives Spoilers tell that Hope is likely to lose her job in the Salem PD because of a major screw up on her part. Rafe’s job will also be in jeopardy, but Hope is going to lose it all. Her personal life too isn’t exactly a bed of roses. Hope and Rafe’s marriage is certainly in a crisis. She is in denial about the whole thing with Rafe taking care of one of his ex’s babies. She is also likely to be caught up in Holly’s kidnapping crisis.
There is likely to be a tragic outcome as far as Holly’s kidnap is considered. In that case, Hope might end up blaming herself for not giving her best shot. If Holly dies, there is lot Hope would have to deal with. She is also upset about Ciara and Ben taking their relationship to the next level. Even though Hope has softened towards Ben, she is going to have a serious talk about using protection.

There's definitely a third wheel in Rafe and Hope's relationship. Is it Lani or someone else? #DAYS pic.twitter.com/h6ocHaUiZV

Hope’s Marriage Is In Deep Trouble

The closeness between Rafe and Lani is growing which is certainly a point of concern for Hope. Even though Hope has other issues she needs to worry about right now, there is something that can happen in that area anytime. Speaking of Hope’s marital crisis, Ted is after Hope. Spoilers suggest that Rafe is going to catch her in a tender moment with Ted. He understands that the detective is seducing his wife behind his back.
Ted is leaving no stones unturned in making Hope realize that he is the only person who can keep her happy. But Rafe is not ready to see the end of his marriage and is not going to hand over Hope without a fight. Hope is confused about how she is feeling right now. Ted is certainly a shady character. Hopefully, Rafe will lead Hope towards the light and the two of them could sort things out.

Eric is finally going to let Sarah know how much she means to him. But this action will only increase complications since Nicole is back into town. However, the joy of Nicole’s coming back will be covered by the fact that her little daughter Holly is missing. Chloe and Nicole are reeling, and everybody is in deep panic mode. They are all worried about Holly’s well being. So, for the time being, it is safe to say that the Sarah, Eric, Nicole, Rex love triangle or whatever it is will be on hold. Stay tuned with TV Season Spoilers to get Days of Our Lives