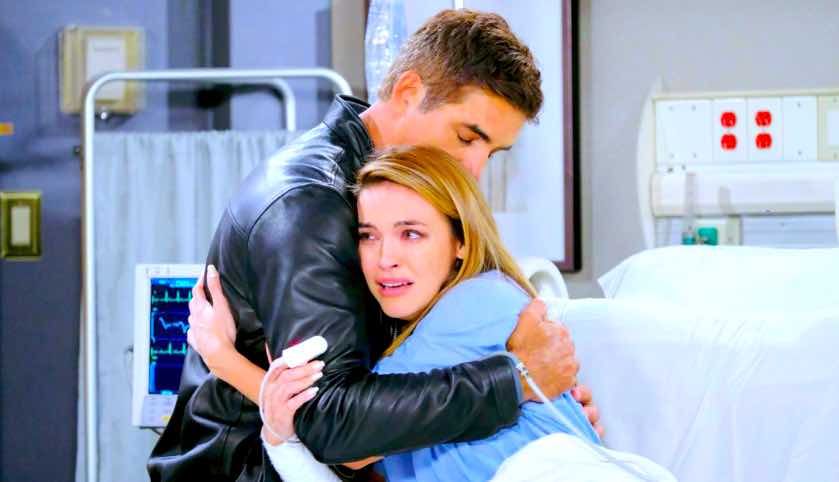 If you are eagerly waiting for the drama to escalate in Salem, stay put to some bombshells being dropped soon! According to the latest Days of Our Lives spoilers, Jordan is going to ask her former boyfriend, Rafe for a huge favor. This can turn the worlds of many DOOL characters upside down.

Days of Our Lives Spoilers: Jordan’s Secret Son In California

Recently, Jordan gave Rafe a massive reveal about her secret son in California. Since she is facing legal trouble and needs help, Jordan is likely to ask Rafe to bring her son from California and take care of him. Since Rafe is known to get real close to children, this won’t be a problem. When he was married to Sami, he formed a bond with her children. In his marriage to Hope, he has formed the same connection with Ciara Brady, Hope’s daughter.

In the latest #DAYS, Jordan reveals a secret to Rafe.https://t.co/ZsCmioRrzb pic.twitter.com/JCiiczupPn

It seems as if Rafe has no issues in taking care of kids. Even though Hope will object to this new arrangement, Rafe is unlikely to back out.

Rafe Blocking Ben From His Nephew

Ben has no family, and this is the main reason why his nephew being in Salem is a big deal to him. Unfortunately, this happiness is going to be short-lived. Since his sister is under treatment and is away from him, the little toddler is sure to raise his excitement. He is going to want to meet him, but this is where complications will occur for Ben.
Rafe knows that Ben is a dangerous personality. The fact that Jordan was ready to commit crimes to protect people from Ben poses him as a threat. Most likely, Jordan is not going to want Ben anywhere near her kid. Even though Ben assures Jordan of his reformation, she won’t risk her son’s life. Moreover, Rafe is not a fan of Ben either. Another occurrence is that Lani Price is getting closer to the kid and the showrunners have been pushing him away from Ben.

Previously on #DAYS, Sarah reveals to Rex that she kissed Eric.https://t.co/ZsCmioRrzb pic.twitter.com/Fz8X2qiaec

Lani named her son David, and this is what is resulting in her profound affinity to this little baby. Not only does she bond with the baby, but she also prevents Ben from getting close to little David. Jordan is going to appreciate Rafe taking care of her child even if it means going against Hope’s will.
Speaking of Hope, she won’t be the only one disappointed by Rafe. Recently, the mysterious Salem resident Ted has been getting close to Hope, and this is not going well with Rafe. The couple is going to have a serious talk about him. Fans are going to have to wait and watch how the drama unfolds between them. Both are disapproving an aspect of each other’s lives, and it would be interesting to watch how they tackle this situation.
In the meantime, Ben’s retaliation to this restriction is also one of the mysteries that are likely to unfold some time soon. Stay tuned with TV Season Spoilers to get Days of Our Lives