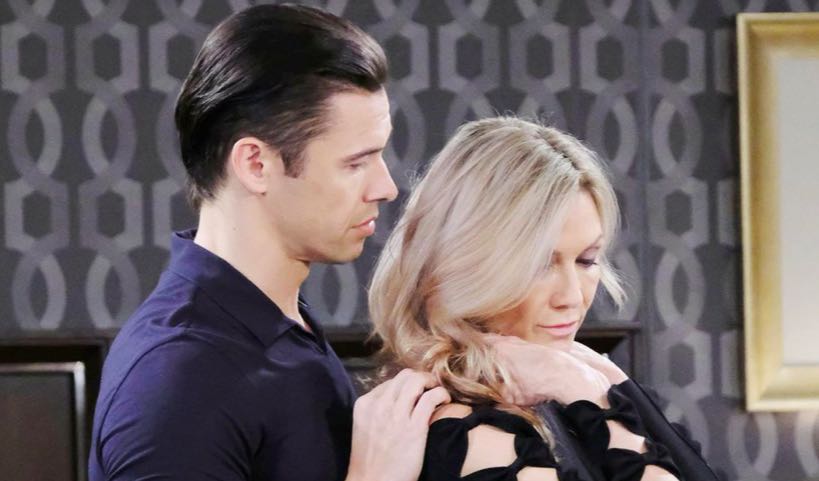 It seems like Dr. Rol’f diary is going to play a huge role in the upcoming episodes of Days Of Our Lives. Most of the people now know that Eve has got it. They are going to try to get their hands on the diary. However, just when Sonny decides to leave no stone unturned to get the diary from Eve, it will somehow vanish from her possession. Xander got the diary before Sonny could torture Eve to give it in. But the fact is that Xander is rather cold about what happens to Will. He doesn’t care whether he lives or dies. Then why is he stealing the diary? Let’s take a look at these Days Of Our Lives spoilers in detail.

Days Of Our Lives Spoilers: Xander Playing The Hero

Even though Xander doesn’t give a damn about Will’s well being, his doctors do. And one of the doctors working on Will’s recovery is Sarah. Xander wants to impress her and giving her the diary might be the perfect moment to portray himself as the hero or the savior. He might come up with a great excuse about how he got his hands on the diary. Maybe he will tell others that he found it lying somewhere. Even better, Xander might put the blame on someone else for holding it and be the hero who got the valuable item in front of Sarah.

In the latest #DAYS, Eric warns Xander not to play games with Nicole. https://t.co/ZsCmioRrzb pic.twitter.com/8iEoLfMHwb

Will Xander Manage To Get Closer To Sarah?

Sarah is the woman of Xander’s dreams. Some chances of giving the diary to Sarah might backfire. In addition to Sarah, the others are unlikely to believe that the diary magically fell in his hands. They would want to know more about how Xander got it, which might not make him look good. However, as we have seen in the past, Xander has his way of getting out of an uncomfortable situation.
Moreover, the top priority here is likely to be saving Will. There won’t be time to get into another Xander drama. However, even if it’s a baby step, do you think it will bring Sarah and Xander closer? We are going to have to wait and watch.

With just a mask and a device for modifying her voice, Kristen DiMera has made her way back to Salem as Nicole Walker. She is making everyone believe that she is the real Nicole. Her next stop is Stefan. It seems like Kristen wants to get access to some of the DiMera funds to carry out her master plan. She will play the devastated mother card and ask Stefan for a job. He will gladly offer her to work for their business. Kristen wants to get Brady but she sure has other plans for which she needs to enter the DiMera world. When the truth comes out, Stefan is going to be furious. Stay tuned with TV Season Spoilers to get Days of Our Lives