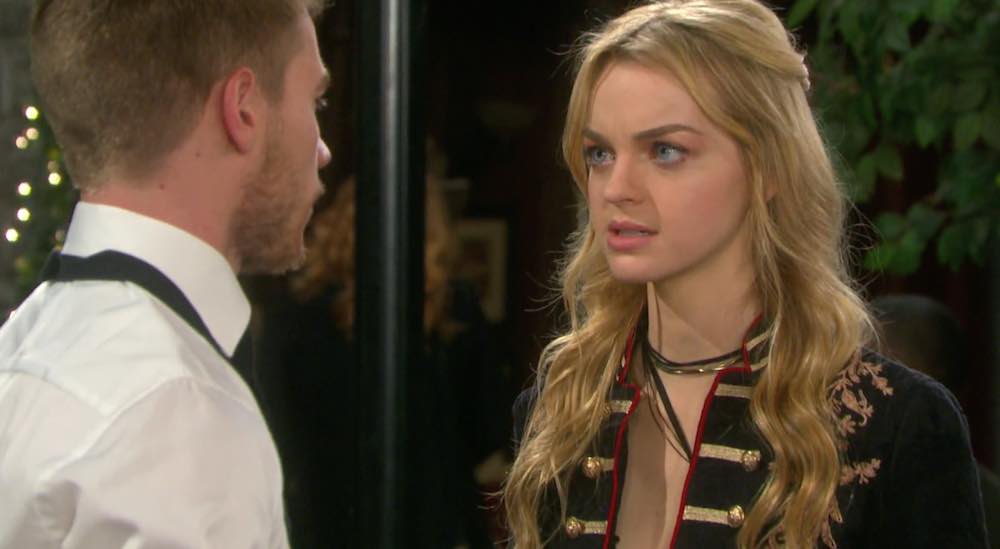 According to ‘Days of Our Lives Spoilers’ for March 1, things are about to take a nasty turn for some of its characters. In this action-packed episode, fans will see a heartbroken Ciara (Victoria Konefal). This comes as a shock because Ben (Robert Wilson Scott) is madly in love with Ciara but ends up leaving her.

DOOL Spoilers: Eli Grant and Lani Price Are Looking For Some Answers

JJ Deveraux’s (Casey Moss) is now facing the consequences for letting out the secret. With Eli Grant (Lamon Archey) and Lani Price (Sal Stowers) showing up, they will want to get some answers. They will interrogate JJ regarding Haley and figure out where she went off to. Of course, JJ doesn’t have a hint about Haley’s location. And, even if he does, he will do everything he can to keep her out of trouble.

Why did Claire set the fire that almost killed Ciara on @nbcdays? —> https://t.co/tSNEnN54OW #DOOL pic.twitter.com/s9qX18JTOL

Days of Our Lives spoilers suggest that Tripp Dalton (Lucas Adams) will discover something fishy in Claire Brady’s (Olivia Rose Keegan) jewelry box. Disgusted by her behavior, he will confront her to find a justifiable explanation for it. Nonetheless, Claire will smooth talk her way out of it especially when her freedom is on the line. They will not be the only couple who has trouble in paradise.

Days of Our Lives Spoilers: Trouble in Paradise for Ben and Ciara

Even though Ben is madly in love with Ciara, he will end up leaving her because he thinks he is not worthy enough of her love. Moreover, his supposed declining mental health makes him fear for Ciara’s safety. He believes that he is capable of killing anyone who comes near him. This too short of a love story will end up in Ciara’s heart broken into two. All her efforts to get him back will go in vain.

Claire says it wasn’t Ben or Jordan. Ciara realizes Claire knows who set the fire. Claire says she can’t say. Ciara says she almost died. Claire says “it was me, I’m the one!” Ciara and Tripp look at Claire in shock. #Days #Cin @CiaraandBen pic.twitter.com/rJ7f6Jmh8U

What Will Happen When Ben’s Fear Grows Stronger?

Jordan Ridgeway (Chrishell Hartley) has shared her opinion regarding Ben’s mental health. Thinking that he is not capable of change, her opinions will finally weigh in on Ben. Although Jordan was crazy herself, he will not take this into account because she is someone Ben has listened to and counted on for years.  During the last confrontation, Ben nearly killed Jordan which makes him take extreme measures seen in the episode.

Days of Our Lives Spoilers: Haley Chen Tries Everything Not Get Deported

Haley Chen (Thia Megia) will be considerably worried about her future because there is a possibility that she will get dep orted. Dr. Kayla Johnson (Mary Beth Evans) will assure her that nothing like this would happen. But she would not buy it so simply. Recovering from JJ’s betrayal and Jack Deveraux’s (Matthew Ashford) public admission, Haley will only hope that she gets to stay in the US.
The latest episode of DOOL will be really gripping. Fans will go through a roller coaster ride. Let’s see if Haley is able to get back Ben or will she get deported? Stay tuned with TV Season Spoilers to get Days of Our Lives