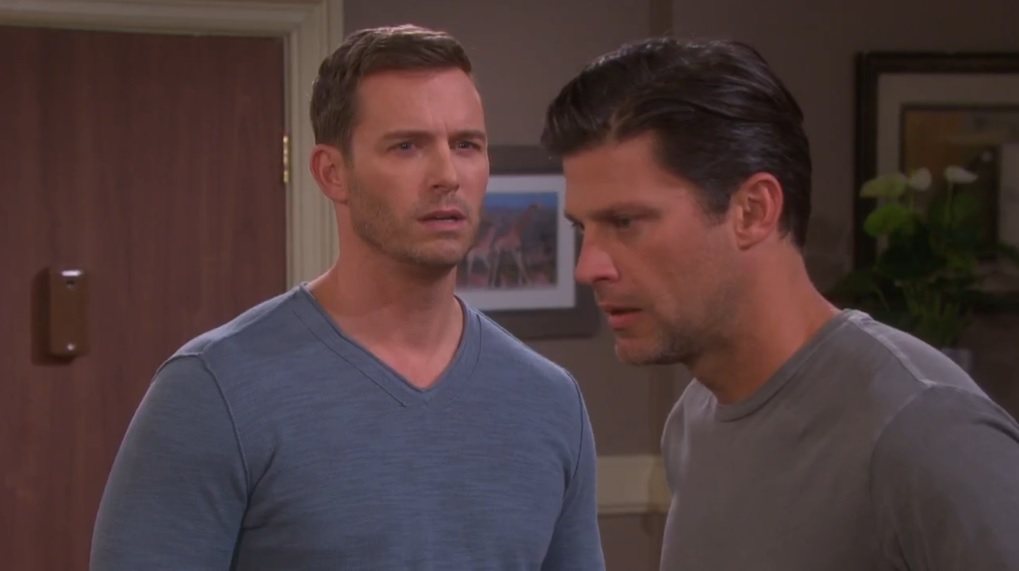 'Days of Our Lives' Spoilers: The True Love Returns In Eric's Life To Shack It?

Eric Brady is in for some life-altering surprises according to the latest Days of Our Lives Spoilers. Holly is going to go missing, and Cloe will give some updates regarding the same. Eric is about to make a deal, but we still don’t know with whom.

Days of Our Lives Spoilers: Sarah’s Wedding Is Taking a Toll On Eric

Eric loves her, and he is unable to stand and watch what is going on. He recently lost the love of his life Nicole, and sometimes it feels that Sarah is a rebound for her. One thing we know for sure is that he is out there to strike a deal. But it is still not known who will he approach for the same. He might check with Sarah to see whether she is on board or he might try to make a deal with Rex. Considering that he already has more leverage with him, it makes sense. He has some time, and he is planning on utilizing it to stop the wedding.

In the latest #DAYS, an unexpected visitor makes an appearance at Tripp and Haley’s wedding.https://t.co/ZsCmioRrzb pic.twitter.com/Tz5AM2U9dP

Eric and Chloe both love Holly. He promised Nicole that he is going to take care of the little girl. When she goes missing, he is in deep panic mode. Meanwhile, he confesses that he loves Sarah. Anyway, in this situation, the question remains, who kidnapped Holly? It might be Nicole herself, and Eric is going to be shocked when he learns the truth.
The storyline of Nicole coming face to face with Eric is going to take a while for the fans to digest. Why Nicole made him believe that she is gone forever is beyond Eric’s understanding. She even left her daughter behind. This calls for a lot of explanation. Eris is going to be relieved and confused at the same time. He has developed feelings for Sarah that are genuine, but that was after he thought Nicole is no more. She is the love of his life and how can Eric stay away from Nicole?
What do you think is Eric going to decide? Will he ignore Nicole’s behavior or he is too attached to Sarah to let her go? Let us know what you think in the comments below. Stay tuned with TV Season Spoilers to get Days of Our Lives