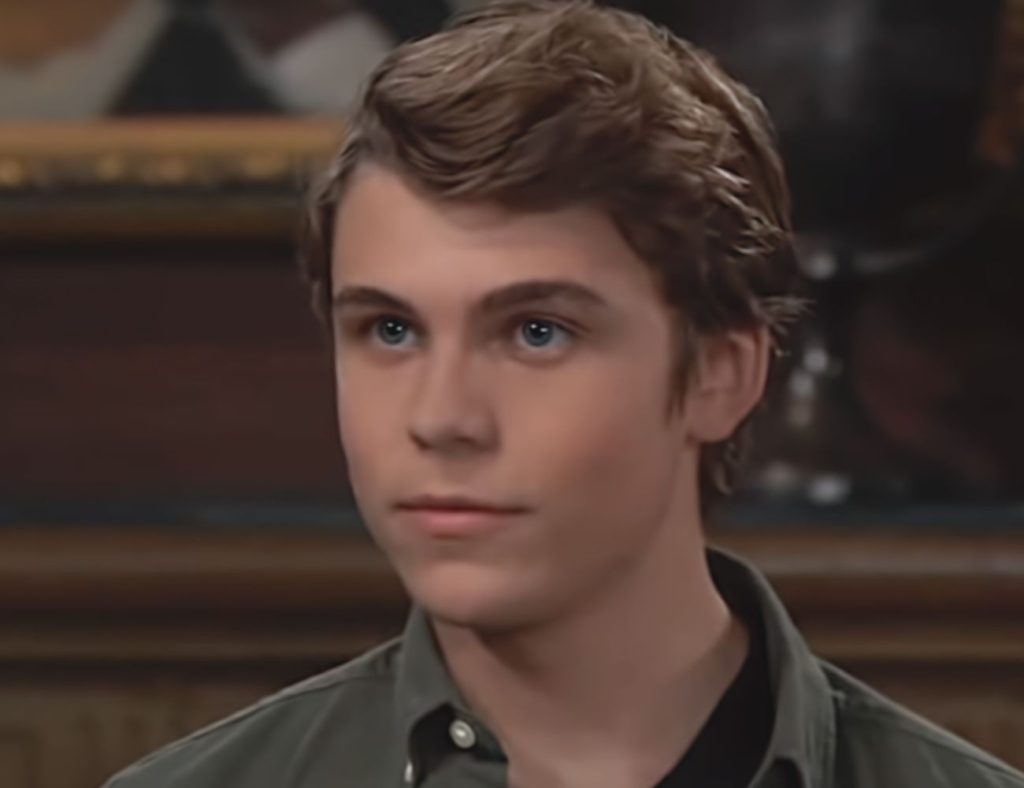 Okay so this was building up for a while on General Hospital. Cameron and Josslyn were good together, until Dex happened! All hell broke loose in the lover’s meadow when Joss started to return Dex’s steamy looks. So much so that they landed in a secret sexy hookup! Spoilers tease that Cam will find out the truth and swing a few punches at Dex’s pucker! Keep reading to find out if Cam’s darker side is starting to take life on General Hospital!

Okay, first things first! Cameron and Josslyn did have a little trouble brew up between them, but they sorted it out. Or atleast, Cam thought they did! Especially, after they spent cozy time together, Cameron started to feel things are going back to their original shade of red. Well, they certainly are getting red! But, more like a red flag, red! Josslyn is not on the same page

as her boyfriend on General Hospital. She has started to feel increasingly distant from Cam and she is not admitting to it to him.

And we cannot deny, that a major reason for her feeling distant from Cam is her growing closeness with Dex! There closeness at this point is not intangible anymore. They both have given in to their impulses and gotten hot and heavy with each other on General Hospital. In a recent episode, after Joss nursed Dex back to health in her dorm, they got tangled in a tantalizing kiss! Thus, turning her betrayal towards Cam physical. While, Joss is currently hiding it from Cam, it is only a matter of time before he finds out! What will happen when he does find out the truth?

General Hospital: Cam Finds Out The Truth, Lashes Out Like A Big Bad Wolf

Let’s be honest for a moment. General Hospital has a penchant for dramatic revelations, so a mature conversation between Joss and Cam is off the table. Thus, ensuring that if Cam has to find out it will be a whole spectacle. There are various ways this could happen! Dex and Joss might give in to temptation yet again, and Cam might walk in as the two indulge in games of passion. Or, someone else might catch them necking and then relay the news to Cam. One way or the other, Cam will surely find out in due time.

However, the bigger question here is, what will he do when he finds out he has been betrayed? The latest General Hospital spoilers suggest that when Cam learns the truth, he will be infuriated. He will launch like a rocket at Dex and rip the man a new one. The fight will get physical, and Joss may have to intervene. And, when she does, Cam might lose his cool on her too, realizing that she is more to be blamed for the betrayal than Dex. While we don’t know if Cam’s fist of fury is a one-time thing or will this betrayal change the boy on an internal level and resurface the bad side of him.

We can’t wait to find out which way this whole, Dex-Joss-Cam triangle is headed! Of you are just as hooked to it as us, stay tuned to ABC for the upcoming episodes of General Hospital. As for the news and updates, we will keep bringing them to you here on TV SEASON AND SPOILERS.