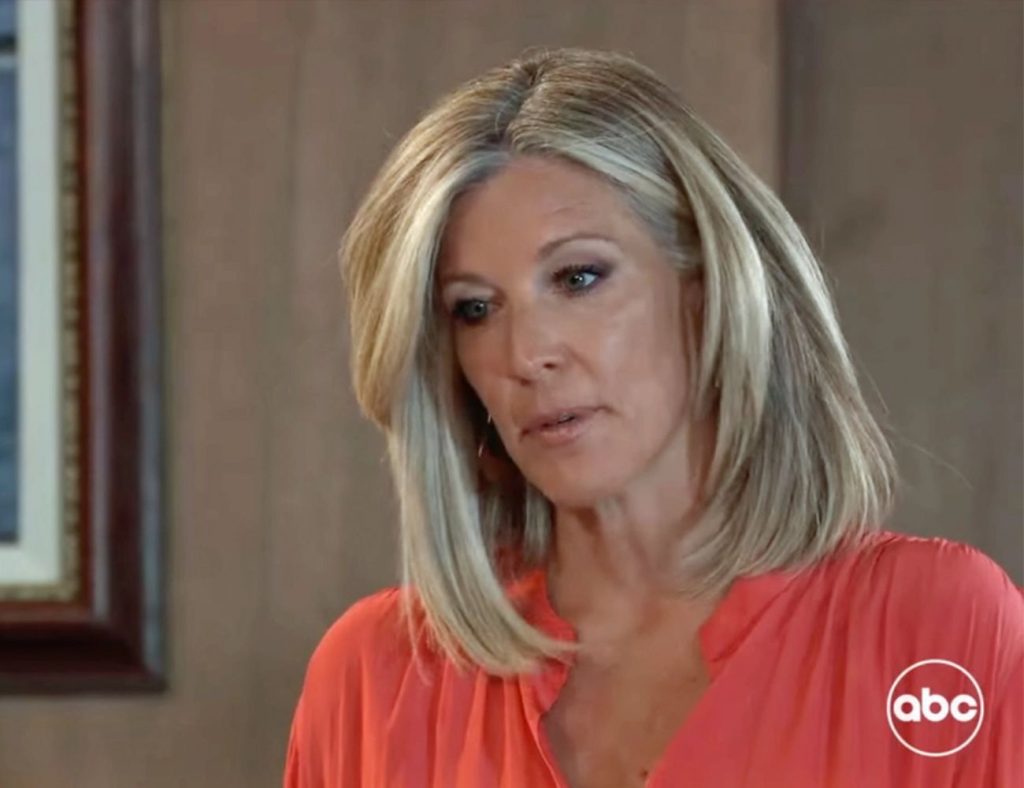 General Hospital: Carly Gets A Blast From The Past

Carly Corinthos Spencer has seemingly dug her own grave on General Hospital. At least a figurative and social one, if not a literal grave. We have been saying for months that her secret-keeping will come back to bite her in the bum. And it seems the time to watch it go down is upon Carly and us! Relentlessly, she held onto the secret of Willow’s bio mom and gave out only when it was already too late. Moreover, what’s more, appalling is that she has done it before and has learned nothing! Is she about to taste her past once again and pay a heavy price? Let’s find out!

It has been a while since a dying Harmony confided in Carly that Nina is Willow’s biological mother at General Hospital. To confirm the piece of news, Carly even ran a secret DNA test that confirmed Nina as Willow’s mother. However, Carly decided to keep the information a secret and sat on it for months. Drew had helped her get samples for the test and she lied to him too about the result. Even when he asked her upfront, she told him the test came back negative.

Interestingly, this was not the first time Carly manipulated a baby or paternity-related truth at General Hospital. She, in fact, has a long and questionable history of doing so on the ABC soap. Back in the day, when she had her son Michael, she lied about his paternity TWICE! First, she claimed Tony Jones as his father, later, she changed her tunes to Jason Morgan being her baby daddy. However, AJ Quartermaine was revealed as Michael’s real father later on. Carly didn’t stop there, she even helped Alexis hide her baby’s paternity from Sonny. Surely, Sonny would not have forgotten that!

The latest General Hospital spoilers suggest that Drew will be furious at Carly for lying to him. Not only Carly lied to him, but she has also been continually de-railing his attempts at finding Willow’s biological family. Carly can defend herself all she wants, but Drew is not in the mood to buy any of it. He has already flat-out told her that what she did was wrong. And, heavens forbid, if anything happens to Willow, a huge part of the blame will fall on Carly.

She had been keeping a secret about General Hospital that was not hers to keep at all. Had she opened up about it from the word go, Willow would have had her bone marrow transplant by now. Instead, the ailing mom-to-be suffered a meltdown and passed out, possibly catapulting her health crisis. This will not sit well with anyone in the town. Drew already seems to be pulling away from Carly, their relationship is on rocky grounds. Sonny and her relationship are out of the window, there is no way he will be siding with her if an innocent Willow pays the price of her manipulations.

Moreover, she may even lose her son Michael. How will he ever forgive Carly for costing him his beloved Willow at General Hospital? Nina and Carly are nemeses, they, anyway, don’t see eye to eye on anything. This new development will certainly make Nina bring down hellfire on Carly. She may even bring up all of Carly’s past transgressions in the wake of her latest manipulations. The future looks really like testing for Carly at General Hospital! Stay tuned to the upcoming episodes to find out what happens next.