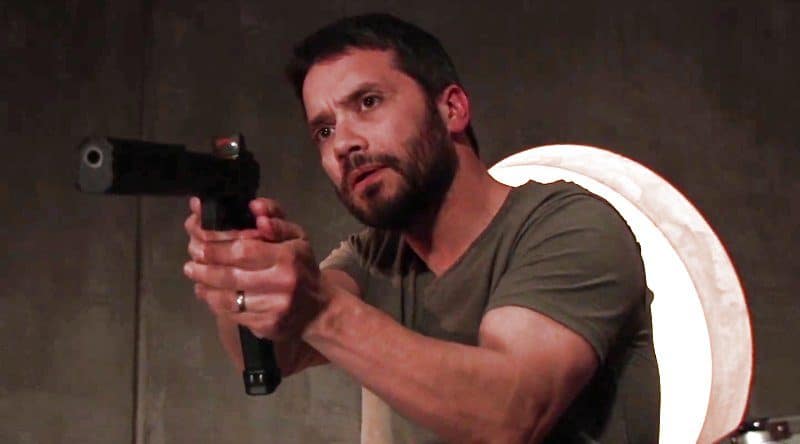 General Hospital Spoilers reveal that there is a possible fan-favorite character who might come back. Okay, sneak peek, he is Dominic Zamprogna, who played Dante on the show. However, there is no official confirmation on that, but the actor has hinted something on his social media. Keep reading to know all about that-

General Hospital Spoilers: How Did He Leave?

Dante was the character who joined WSB to find who was the person who was trying to kill Lulu Spencer, also his former wife. He left the show back in 2018 the first time since his debut nearly ten years ago. However, the actor then again joined the soap opera in 2019 for a week, that is, March 15 to March 29. His father Sonny Corinthos teamed up to find Raj Patel, the person who had shot Lulu. Dante ended up killing himself in self-defense.

Is He Coming Back?

General Hospital spoilers reveal that Dominic Zamprogna (Dante Falconeri) has something to say to the fans. General Hospital viewers are so hoping that he comes back to reprise the role of Dante in Port Charles. Lulu Spencer is now moved on and is getting close to Dustin Philips, but the true “Lante” fans haven’t been able to take that very well.

General Hospital fans surely miss Dante and his interactions with friends and family members. He is one of the most loved characters. Most of the fans would really like to see Zamprogna coming back to reprise Dante’s role. But will he come back? It will make the fans really happy, but is it possible? There is nothing like that in works yet, but anything is possible in the show.

Zamprogna never forgets General Hospital. In fact, he always tries to be in touch with General Hospital viewers on social media occasionally. It is good for him if he decides to reprise his comeback. If ever there are chances of him coming back, the door is always open for them.

Zamprogna is a great guy and looks like a guy who truly cares about his audience. He recently shared a post on Twitter telling his fans that he sees them, and they are awesome. Along with that, he posted a picture of himself looking as handsome as ever. There are many fans who would surely love to see him back on the show. Here’s the post that he shared for you.

General Hospital Spoilers: How Are The Fans Reacting?

Fans of the show and the character have a lot to say. It looks like they are as eager as ever to have him back. There are many positive responses for his fantastic portrayal. One General Hospital viewer said, “Come Home to #GH! Another fan said, “Miss, you, wish somehow you could come back even if only for one segment.” Some other fan tweeted that “Hopefully, we will all see you back on General Hospital soon!”

There is no build-up of whether or not Zamprogna will come back, but that door isn’t close forever. He might come back to GH soon in the future. We will keep you posted on that. So, you stay tuned with us. Stay tuned to TV Season Spoilers for the latest General Hospital Spoilers and updates.