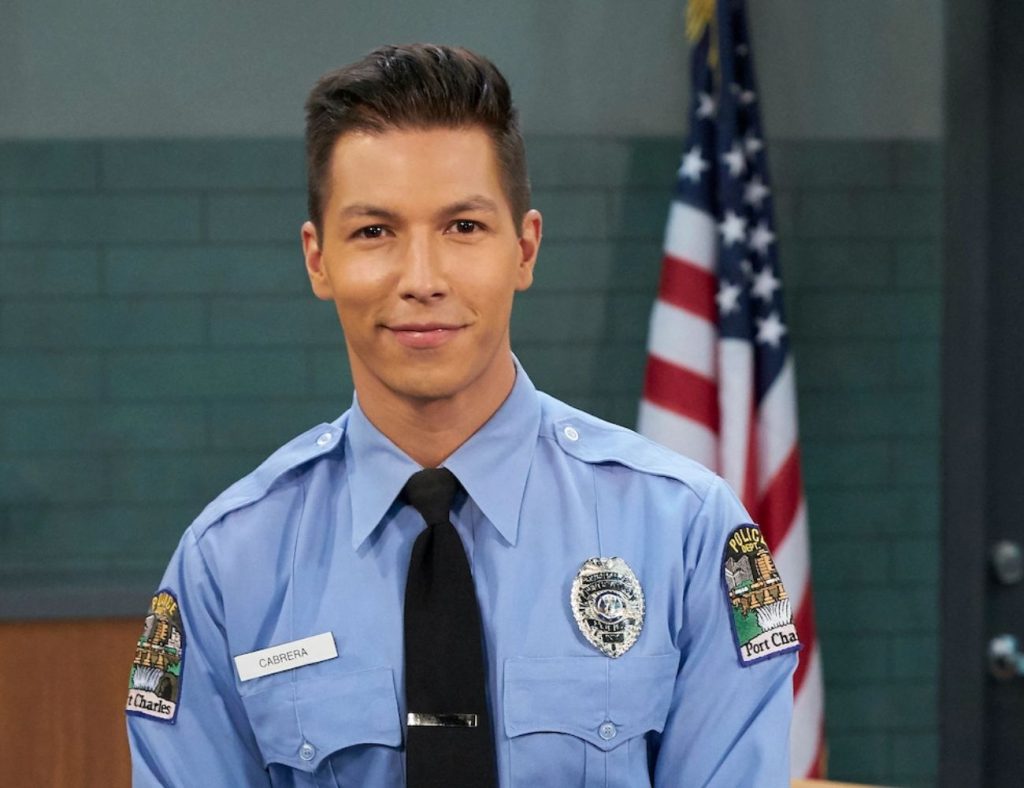 General Hospital: Rory Cabrera Gets Hooked, Michael Blake Kruse On His Way Out?

The latest Spoilers reveal that General Hospital has set the stage perfectly for Rookie Cop Rory to get himself hooked by the Hook Killer. Diving deep into the case files of the murderous villain, Rory discovered an address. The rookie did not waste any time before embarking on a manhunt, all by himself. He pushes open an apartment door and is drawn in by who seems to be the dreadful Hook Killer! Are we about to see Rory get hooked next? Is actor Michael Blake Kruse on his way out of General Hospital already? Let’s find out!

Earlier today, actor Michael Blake Kruse (Rory) posted two pictures of him from General Hospital on Instagram. Alongside, he wrote a caption stating, “Stay Sharp, Rory.” In the picture, he is lifting a sharp knife. All seem well and fine until his GH co-star, William Lipton (Cameron) commented on the post. William wrote, “Was a pleasure my man”, concluding it with a blue heart emoji. Emphasis on the word “WAS”. Past Tense. Does that mean he has wrapped up working with Michael on General Hospital for good? is this goodbye?

It is interesting to note that the General Hospital star William Lipton’s comment now stands deleted from Michael’s post. This happened after a number of fans started commenting on Michael’s post, wondering if Rory dies in the Hook attack. Has William deleted his comment to avoid giving away the upcoming story? Fans seem convinced that Rory is indeed next. A user, Jitters278 advices Rory in the comments to not go in alone and call Dante for backup. While, Rita is rolling her eyes and saying, Don’t be a hero, Rory. Some others have already accepted that it is the end of the road for Rory, and wished Michael all the best for future endeavours.

Amidst all the speculations about Rory dying in the Hook Attack on General Hospital, a new fan theory has emerged. Some fans believe that the Hook Killer will not kill Rory because, Rory himself is the Hook Killer. Fans propose that the ADA on Trina’s case is his sister! Viewers might remember how hell-bent she was in making an example out of Trina by punishing her. Perhaps, after she failed, Rory is up to some vigilante justice! By targeting everyone who helped Trina get off. It is an interesting theory!

On the other hand, there is also a chance that none of the above comes true! Maybe, Michael and William were just messing with their fans to create some suspense for the upcoming episodes? Probably that’s why William deleted his comment! Well, if that’s the plan, then it has worked! Since the internet is definitely fired up with all sorts of speculations. Looks like we will have to watch the upcoming episodes to get the answers. So stay tuned to ABC and catch the next General Hospital episode folks!