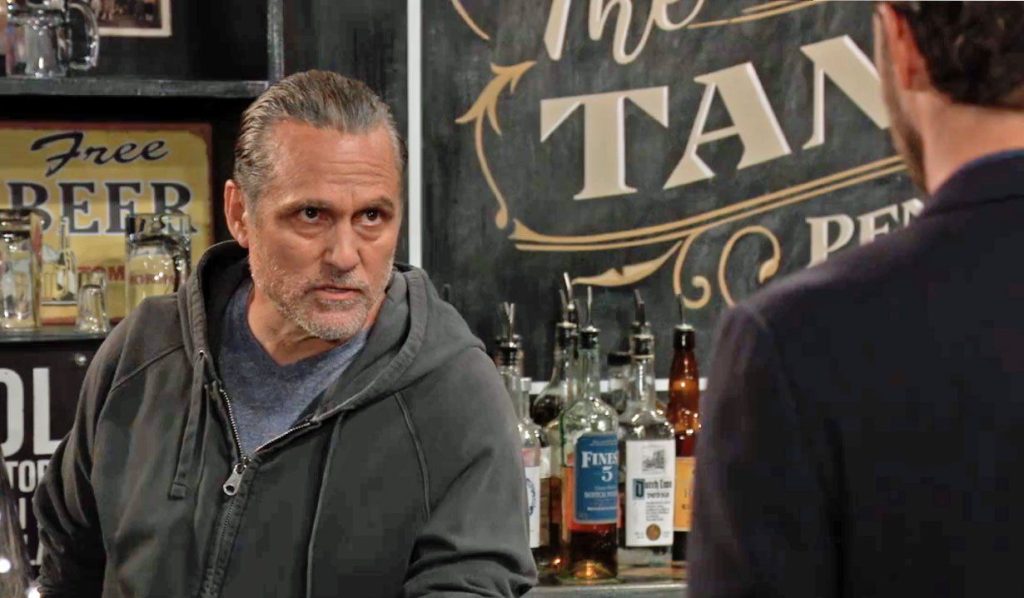 General Hospital viewers know that Sonny has returned to Port Charles. But, his tombstone is still there. Although he has asked Jason to get it removed. Could it be a sign that more trouble lies ahead for Sonny? Will Sonny find himself in some other danger in the upcoming days? It is possible. What can happen? Here is everything about it.

Avid fans of soap opera know that Sonny has returned to Port Charles after nine months. He was living his life in Nixon Falls for all those months. However, now, he has come back to his wife and kids, and they are all ecstatic. The last few months have been very difficult for Carly. She had to take over the mob business and also had to marry Jason.

But now that Sonny has returned, she can sigh in relief. Sonny has promised that he wouldn’t go anywhere now. But Carly soon reminded him that he could not say that for sure. So, could that be a sign that more problems will come up?

The latest spoilers suggest that Sonny is back, but he hasn’t gotten in his full form as of yet. So, he might need some time before he takes over everything. But what would happen if someone attacked him before he could even take control? Cyrus Renault is still a danger. So, would he hit?

. So, would he be planning something else? It is likely, and it is also possible that Sonny might be in danger from Cyrus. Not only that, The head of the Vincent Mob Clan- Vincent Novak and Mr. Charles Buscema, got blown up in Carly and Jason’s wedding. So, it wouldn’t come as a shock if their mob organizations retaliated. Would Sonny find himself in dire danger? It seems likely.

Celebratingthesoaps.com recalls that Sonny has been shot a couple of times, but he still believes that he is invincible. However, that isn’t the truth. General Hospital spoilers suggest that this might just be a way Sonny keeps himself going. He has had two near-death experiences in the past. That has left him shaken. So, could he face yet another attack soon?