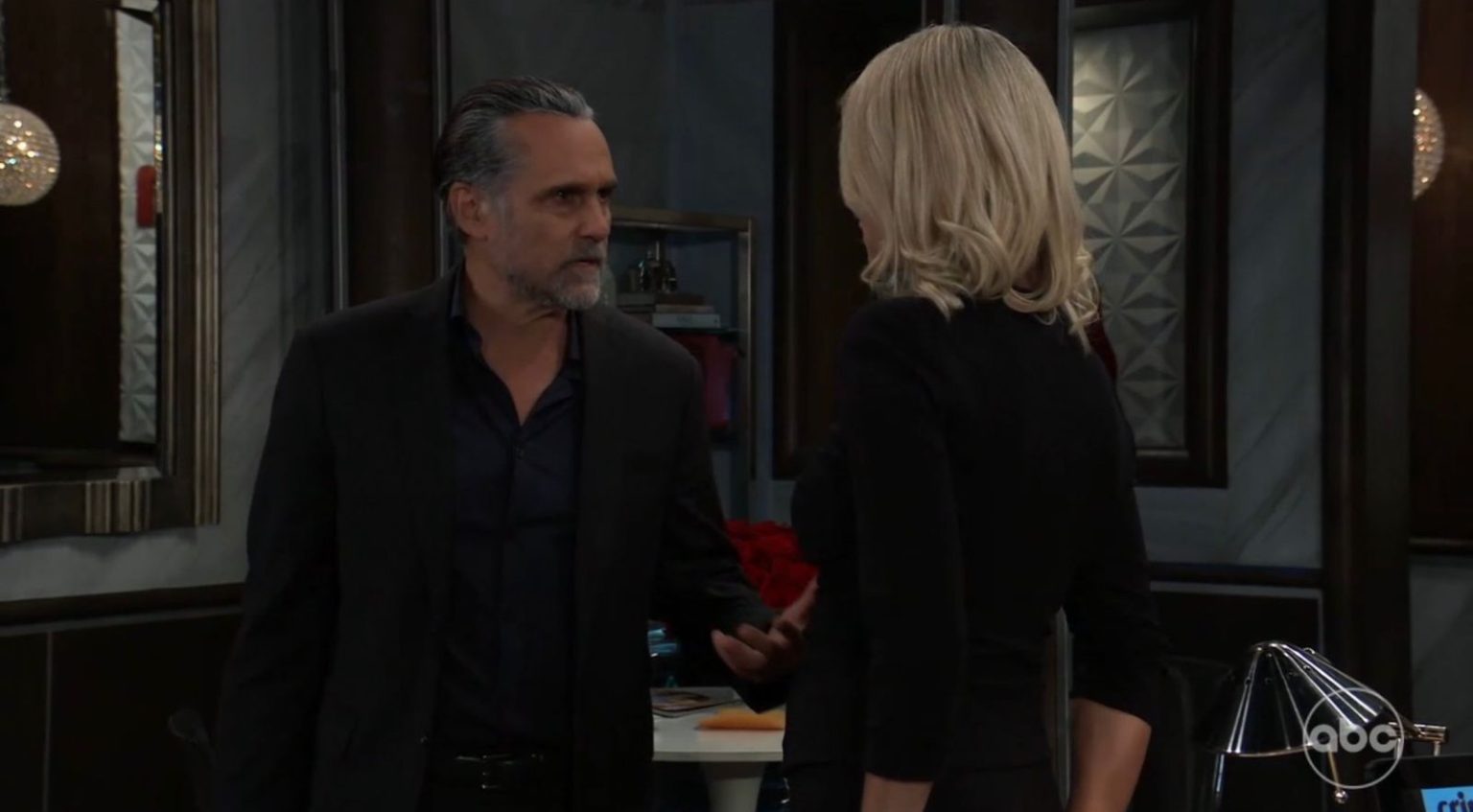 General Hospital: Sonny Ends Up In The Bed With Nina After Messing Up His Medicines

General Hospital Spoilers suggest that Sonny will soon face another relapse, and that will not end well. As per the latest spoilers, Sonny will face a lack of lithium that has been keeping him on the track, and when that happens, he will end up with Nina in bed. He will cheat on Carly but have his bipolar disorder to blame. How would all of this rollout? Here is everything to know.

Sonny’s Meds Are Messed Up

In the January 10, 2022 episode of General Hospital, viewers got to see Sonny as he received an important message. This message was from the pharmacy that said that he was out of his lithium refills. They asked him to see the doctor and get another prescription. But when Sonny got this news, he was rather annoyed because he had too many things on his plate.

GH viewers would know Sonny is trying to repair his fractured marriage. Not only that, he is trying to sort things out with Carly. All of this is taking a toll on him. Given all of this, it is likely that Sonny might easily forget about his lithium prescription and mess up his health. Sonny is already not in a good place, and that, combined with the lack of lithium, will only spell more trouble. But the question is, why would General Hospital do it now? Could there be a subsequent storyline coming up here? It is possible.

General Hospital: Sonny Ends Up Cheating On Carly Owing To His Messed Up Medication

Recently, when Carly confronted Nina at the Crimson, Nina made it clear that she wouldn’t let Sonny go if he came back. Nina is waiting for Sonny with open arms, and all of this would spell trouble. It is possible that Sonny’s mental position combined with a lack of lithium might lead to Sonny cheating on Carly. Owing to his bipolar disorder, he suffers from manic highs and lows. The lithium keeps him on the course, but when that supply is cut, Sonny might chase this high and end up in bed with Nina.

Naturally, Nina wouldn’t know where this is coming from. So, she might assume that this is Sonny choosing her. She might then decide to let Sonny. But, General Hospital spoilers suggest that she will realize all of this, and she could be the one who gets him back on his medicines. Nina has proclaimed that she loves Sonny. So, owing to that, she might decide to get him back on track.

Either way, General Hospital spoilers suggest that Sonny will end up betraying Carly one way or the other, and this will create a lot of drama there. This lithium storyline will work to soften the blow and also leave a gap open for the “CarSon” reunion we have been waiting for. What are your views on this? Tell us in the comment section below. And stay tuned with Tv Season & Spoilers for more General Hospital updates.