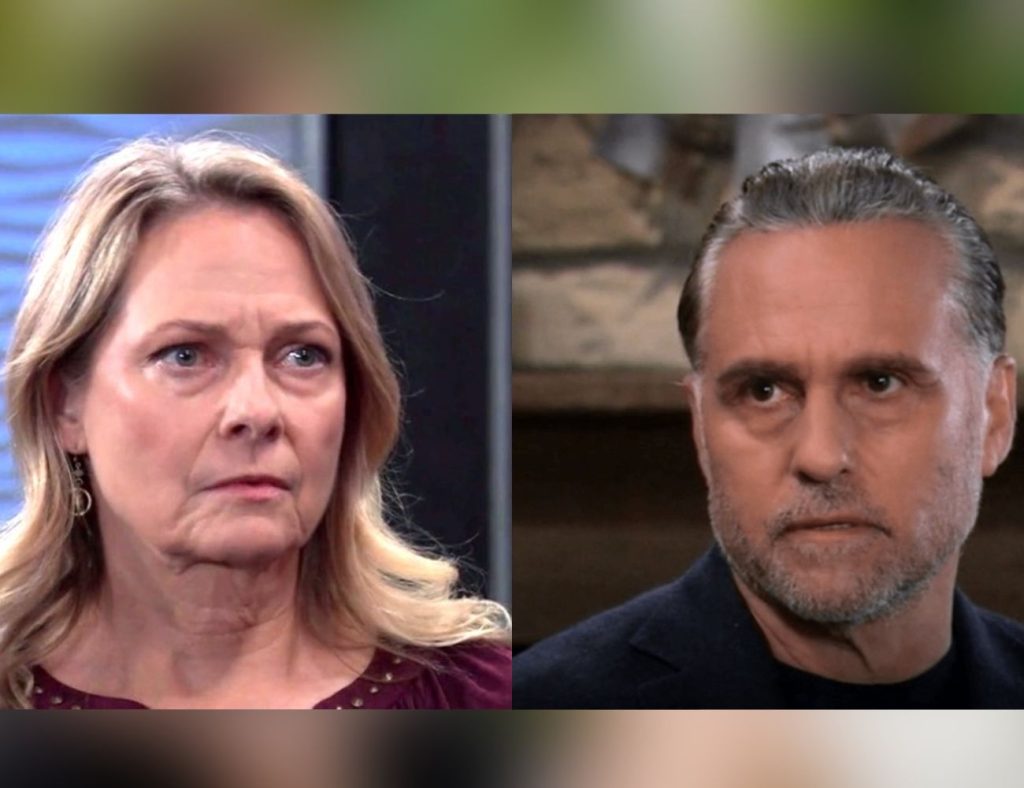 General Hospital: Sonny Furious With Gladys, Puts Her Down For Gambling Away Sasha’s Money

Gladys has always been a flashy character on General Hospital. Hence, she couldn’t keep quiet when she got guardianship of Sasha’s wealth on the soap. She gloated about the moolah to anyone with ears. It didn’t take longs for her blabs to reach Selina, and she made Gladys an offer she couldn’t refuse. However, the aftermath of said offer, has landed her in hot waters with Sonny Corinthos. Read below to find out what’s about to go down in Port Charles between Sonny, Gladys and Selina.

When Selina found out that Gladys has control of Sasha’s wealth on General Hospital, her spidey senses started to tingle. Knowing full well that despite Gladys’s good intentions for Sasha, she does have a shady and greedy side. Calling out to just that, Selina manipulated Gladys into buying a seat at her poker game. Gladys falling for Selina’s sweet talk and lucrative offerings, accepted the deal to buy a ticket to the poker game. In hopes that she could win a few big hands and make a little fortune of her own.

However, spoilers suggest that Selina was setting Gladys up for assured failure in General Hospital. Selina has all intentions of ensuring that Gladys drains all of her money at the game. Correction, all of SASHA’s money is at the game. Gladys obviously does not have her own dough to gamble with. So she will think of dipping her toes in Sasha’s account, thinking she will replenish it later after she wins. However, spoilers suggest that Gladys will end up losing at the poker game and drain out Sasha’s bank account in the gamble. But the story doesn’t end here. The news will soon reach Sonny! What will happen then?

It’s true that Sonny considers Gladys family. But he also has a special softness in his heart for Sasha, especially now that Brando has passed away on General Hospital. When he hears that Gladys has gambled away all of Sasha’s wealth, leaving her with just cobwebs in her account. He will be furious. Everyone knows Sonny Corinthos’ family is untouchable. Sonny is territorial and protective about the ones he considers his own. So certainly, Gladys is going to feel his wrath for betraying Sasha.

Sonny will possibly not just chastise her for taking advantage of Sasha’s trust in General Hospital but also warn her that if the funds are not refunded, she will feel his full-blown ire. Furthermore, his heat may even extend towards Selina for pulling Gladys into her game, knowing full well it was Sasha’s money being gambled away. Selina may try to get away, saying she only set up a game and it was Gladys’s own choice, and doing that drained Sasha’s account. It will be interesting to see how Sonny deals with the women who have done Sasha dirty. Stay tuned to General Hospital to find out if Sonny will be able to get Sasha’s money back or not!