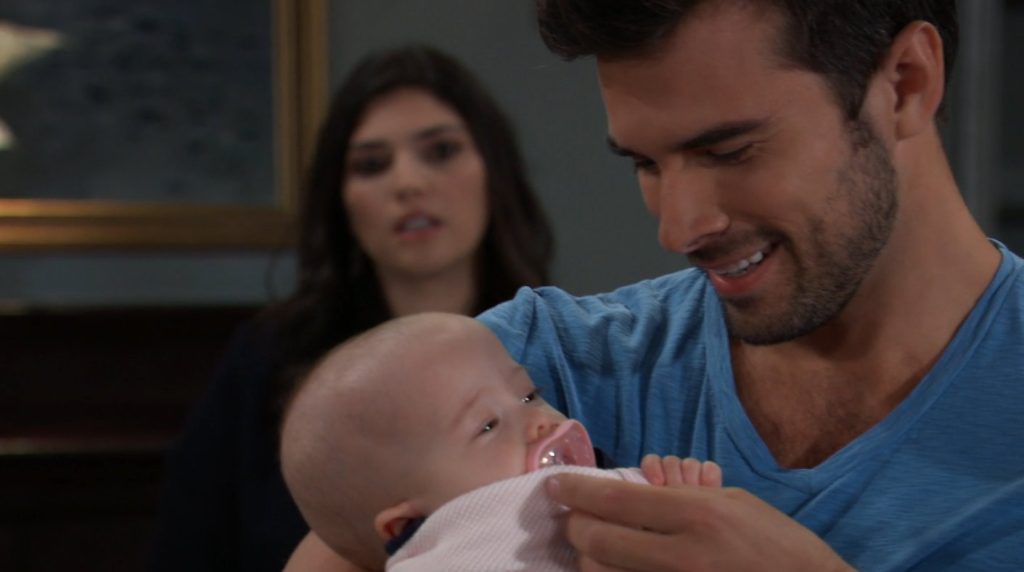 The latest General Hospital spoilers suggest that Brook and Chase will spend a lot of time together in the upcoming days. The two of them will bond, and it looks like they will come really close. As the two of them get closer, would Brook find herself in a vulnerable position where she tells Chase the truth about Baby “Bailey”?

GH viewers know that the secret is something that has been weighing in on her. So, would she confide in someone? Here is everything to know.

Brook And Chase Are Growing Closer

General Hospital viewers would have noticed that Chase is growing closer to Brook Lynn. They have been friends for some time now, but GH spoilers hint that Brook and Chase might take a turn towards romantic closeness. There is undeniable chemistry between the two of them, and it looks like sparks might fly soon.

Chase has been in love with Willow, but now they are over. So, he will soon need a woman in his life. Could Brook be that woman? It looks like so. Chase is moving on, and Brook also needs someone she can rely on. So, they might come together.

Once Brook and Chase start coming close, it is possible that Brook might find herself in a vulnerable spot. She is already feeling guilty about keeping the secret from Valentin. So, she might think that if she confides in Chase about this, she will feel a little better. Chase, anyways has noticed how Bailey doesn’t look like either of her parents. So, he might pick on more things and notice that something is off.

As Brook and Chase get closer, it might become difficult for her to keep the truth hidden. Brook might think that Chase is his good friend, and he won’t tell anyone about it.

GH viewers know that Brook feels terribly guilty about letting Valentin believe that he is Bailey’s father. She hasn’t had anyone she can talk to about this. But Chase might be the person she speaks to. She might not be able to take any more and tell Chase everything.

General Hospital Spoilers: What Will Chase Do?

It is most likely that when Chase comes to know about this, he will be shocked. However, he will eventually understand why Brook and Maxie did what they did. He knows that Peter is dangerous. So, he will most likely keep quiet about this. Soap Dirt reports that Chase might also vow to keep the baby safe. After all, Chase seems to have grown closer to “Bailey.” And he wouldn’t want anyone to hurt her. But, he might be mad that Brook hid the truth from him for so long. Will this pose a danger to their budding romance?

It is possible, but from what General Hospital has been speculating, it looks like they will find a way together. Would you like to see Brook and Chase together? What do you think will happen? Tell us in the comments below. Tvseasonspoilers.com will keep you updated with all the news about the soap as it surfaces. So, stay tuned.