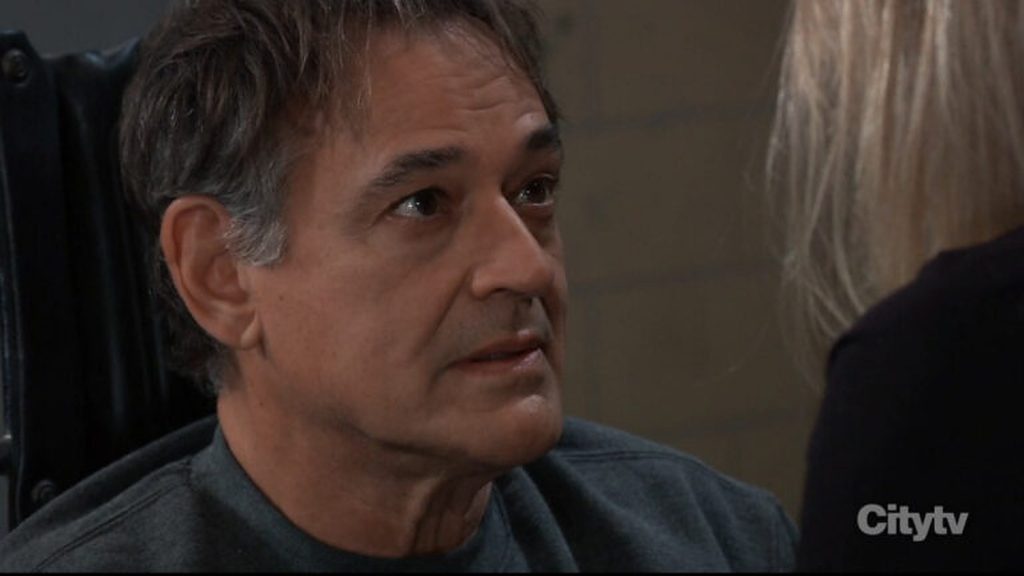 General Hospital spoilers for December 12, 2022, reveal Drew will track down Denise and will ask him to reveal something about baby Kali. Before that, Carly will start threatening Denise and will have her own way of throwing him out of Drew’s way. In prison, Ryan will confess that Heather and he had a beautiful baby girl who is just like them. Is he pointing toward Esme? Keep reading to know what uncovers in Monday’s episode.

First, Drew will track down Denise, the firefighter who lived in the same community where Willow lived. So, he will ask him about baby Kali who Harmony Miller had. General Hospital spoilers reveal Drew won’t be able to pry any information from him. So, he will deliver the update to Willow and Michael about not getting any clues. Drew won’t know that Carly was behind all of this.

In reality, Carly will know that Drew is going to Denise, and she will meet him before he spills any beans to Drew. Carly will threaten him not to reveal any truth about baby Kali who actually changed her name to Willow later. In any case, Carly doesn’t want anyone to find out that Nina is Willow’s birth mother. Now that Drew is helping to trace her birth parents, Carly will try to sabotage all of Drew’s efforts. Later, Carly will find Willow in a very distressing situation, she will ask if she is okay. Willow hasn’t revealed anything about her cancer to anyone, so she will just reply that she isn’t going well at all.

Elsewhere, Trina will become an emotional wreck and will share what happened at the dinner. How Trina’s three months anniversary turned so awkward that she wasn’t able to handle it. Rory confessed his feelings to Trina, and Spencer misunderstood the whole situation. Whatever it is, Trina will seek some advice from Ava. She will remind her that she needs to take steps carefully since both men are complicated and her problems might just increase many folds.

Next, Finn will confront Liz yet again and push her to come clean on what she is hiding. General Hosp ital spoilers suggest Finn will join the dots and come to the wrong conclusion. He will think that Liz might have cheated on him with Nikolas and is taking prenatal pregnancy tablets because she is pregnant. So, he will confront her on his doubt about whether she is pregnant or not.

Fans know that it’s not Liz but Esme who is pregnant. Since she can’t spill the beans, Liz will admit and lie that she is indeed pregnant, and he should stop investigating further. Finn will blast and threaten Liz that he won’t leave Nikolas that easily and will make him pay for what he has done. At Wyndemere, Esme will ask Nikolas to go with her for Christmas tree shopping. However, Nikolas isn’t that stupid not to understand Esme’s escape plan. So, he will deny it and flop Esme’s plan.

At Spring Ridge, Ryan will make a confession about the daughter to which Heather gave birth. He will hint to her that their daughter is just like them and is great at making wicked plans. So, he will admit that Esme is their child and may also confess that she is carrying a baby. Ryan will warn Heather not to spill the beans about Esme to anyone, or else he will blame her if anything goes wrong. Will Heather stay quiet? We will know that soon. General Hospital airs every weekday on ABC. For more updates and spoilers, visit our website, TV Season & Spoilers.