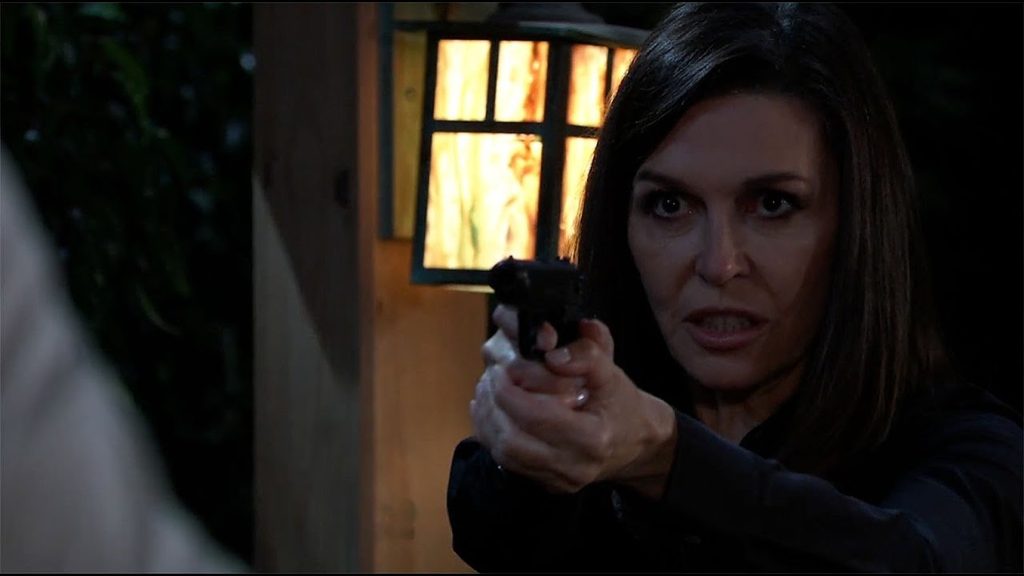 General Hospital Spoilers For October 24, 2022: Holly Twists The Truth, Anna Is In Danger

General Hospital spoilers for October 24, 2022, tease that Holly will twist the truth as she will try to spill less than she knows in the upcoming episode. Over with Sasha, she will also get a final decision from the jury about her guardianship. So, what is in store for Sasha after Brando’s death? Elsewhere, Anna will discover some clothes and a loaded gun inside her car. She will know that someone is framing her. Will Anna get arrested for shooting Lucy? Keep reading to know what is brewing in Genoa City in Monday’s episode.

On Monday, Sasha will receive updates from Martin regarding the conservatorship. So, fans can expect to see Sasha get a final update when the jury decides her fate. General Hospital spoilers tease that Sasha will inform about the final decision to both Nina and Sonny.

Elsewhere, Drew and Carly will continue to enjoy their stay on the beach. Drew will hint something to Carly but will eventually focus on their budding relationship. Over with Felicia, she will be shocked to spot someone injured at the Metro Court Gardens. Fans might know by now that it will be Holly Sutton. Other General Hospital spoilers say that Holly will face a shocker and throw something in anger.

As of now, Holly claims that she has no memory. But she will soon put Robert’s phone on do not disturb mode. This just shows that Holly very much remembers everything and is just trying to twist it by keeping the truth under wraps. However, fans know by now that Victor is behind Holly’s ordeal. Speaking of Victor, he will feel like he has achieved something big. What could that be? Keep reading to know.

Further on General Hospital, Mac will watch the footage of Anna pulling the trigger at Lucy. However, both will know it is not Anna but her twin sister Alex. The spoilers say Mac and Jordan will know that Victor is trying to target Anna. Well, even though the victim is Lucy, she is just a scapegoat. Victor’s main target is Anna, who is surely going behind her to trap her in something sinister.

Well, it looks like Victor might succeed in this as well. He might be able to trap Anna in yet another effort to frame her. Other spoilers say that Anna will find the shooter’s cloth, along with a gun, hidden in her car. Once Dante shows up, Anna will show him what she discovered. As of now, Mac, Dante, and Jordan are investigating the case. Even though Dante trusts Anna, Jordan’s hands will be tied under the law’s pressure.

At the end of the day, even if they believe that Anna is innocent, all evidence are against her. And in order to get justice, they will have to provide some evidence that can contradict and show Anna’s innocence. So, unfortunately, Jordan will have to arrest Anna and keep her in lockup. Whatever the case, Anna will continue to dig for proof to clear her name! General Hospital airs every weekday on ABC. For more updates and spoilers, visit our website, TV Season & Spoilers.