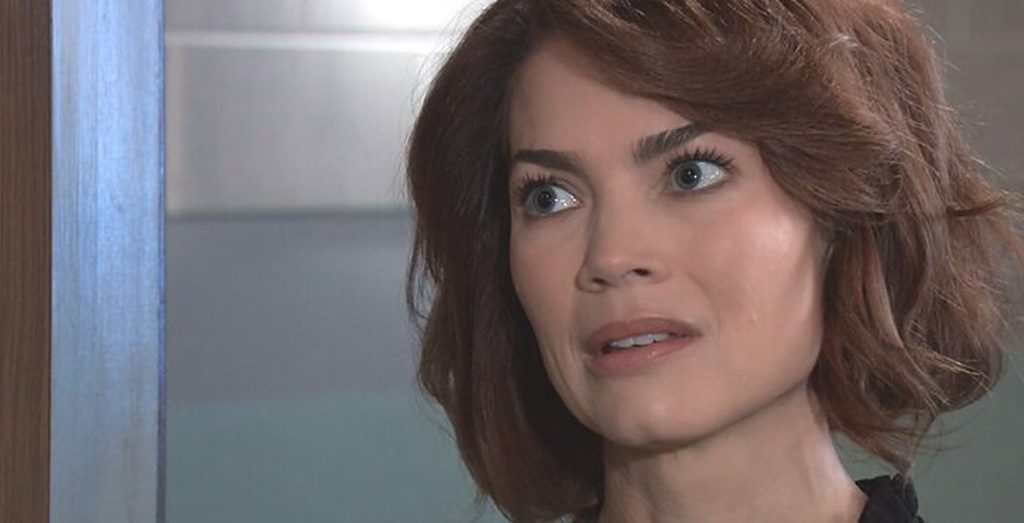 General Hospital Spoilers For October 31, 2022: Elizabeth Lashes Out At Jeff, Heather Webber Is Back

General Hospital spoilers for October 31, 2022, tease that Liz will lash out at Jeff when she comes face-to-face with her father in the upcoming episode. Even though Jeff tries to explain to her, Liz will continue to argue with him. At the hospital, Heather Webber will be Finn’s next patient. Over with Valentin, he will learn about Anna’s current status and will fume with anger. Will Valentin be able to get back to Port Charles? Keep reading to know what GH has in store for the viewers on Monday’s episode.

In the courtroom, the jury will be hearing Anna’s case. Since she was with Valentin, the jury will ask for him. Fans know that Victor cleverly made Valentin leave Port Charles to reunite with his daughter, Charlotte. General Hospital spoilers tease that Victor will tell Scott, Martin, and Felicia that Valentin’s absence speaks volumes. He will act like Valentin already knew Anna was the killer, and that’s why he backed off.

Once the situation starts going against Anna, Felicia will call Valentin and update him about Anna’s arrest. He will realize that all this Charlotte reunion was Victor’s strategy to frame Anna with some bogus charges. Fans know that Anna’s twin sister, Alex was the one who murdered Lucy. In cases like these, evidence solely can ruin one’s life, but in this case, a twin sister is also involved. So, Anna will hit rock bottom on Monday’s episode.

In Switzerland, Valentin will fume with anger after he hangs the call. Once he has a heated argument with Victor’s bodyguard, Laura will come to help him out. We will have to wait to see how Laura can help him out in this situation. Back in Port Charles, Scott will prepare to fight the case for Anna. Robert will also be there with Holly. However, the spoilers claim that Holly can’t be trusted.

Further on General Hospital, Liz will try to look for any evidence that can help her join the dots. Liz has been suffering from all the traumatic memories, so she will want an answer to it. General Hospital spoilers tease that Jeff will be back home earlier than expected. So, on Monday, fans will get to watch a major confrontation between Jeff and Liz, who will come face-to-face after ages.

All this while, Liz hated her father. When Finn wanted to seek his help, Liz got mad at him and put up a huge drama to stop Finn from contacting Jeff. So, how will it be when Liz herself meets her father? Looks like Liz’s past traumatic memories will come rushing in her mind. Once her anxiousness triggers in, Liz will start lashing out at Jeff. She will vent out all her anger at her father for making her childhood this traumatic. However, Jeff will try to explain his side of the story. This will also lead to Reiko-related revelations. How is Finn’s ex-wife, Reiko, related to Jeff? We will know that. But whatever it is, it will certainly put Liz’s world upside down.

Speaking of Finn, he will get a new patient in the hospital. It will turn out to be Heather Webber. Alley Mills will play the role of Heather Webber in GH and will add on her craziness to the storyline. Heather will share about her situation when she was locked up with crazy people. Well, fans are well aware of how crazy she herself is! Elsewhere, Alexis will have something to discuss with Gregory. Chances are there that Alexis might want to talk about the hook killer. Stay tuned and watch General Hospital, it airs every weekday on ABC. For more updates and spoilers, visit our website, TV Season & Spoilers.