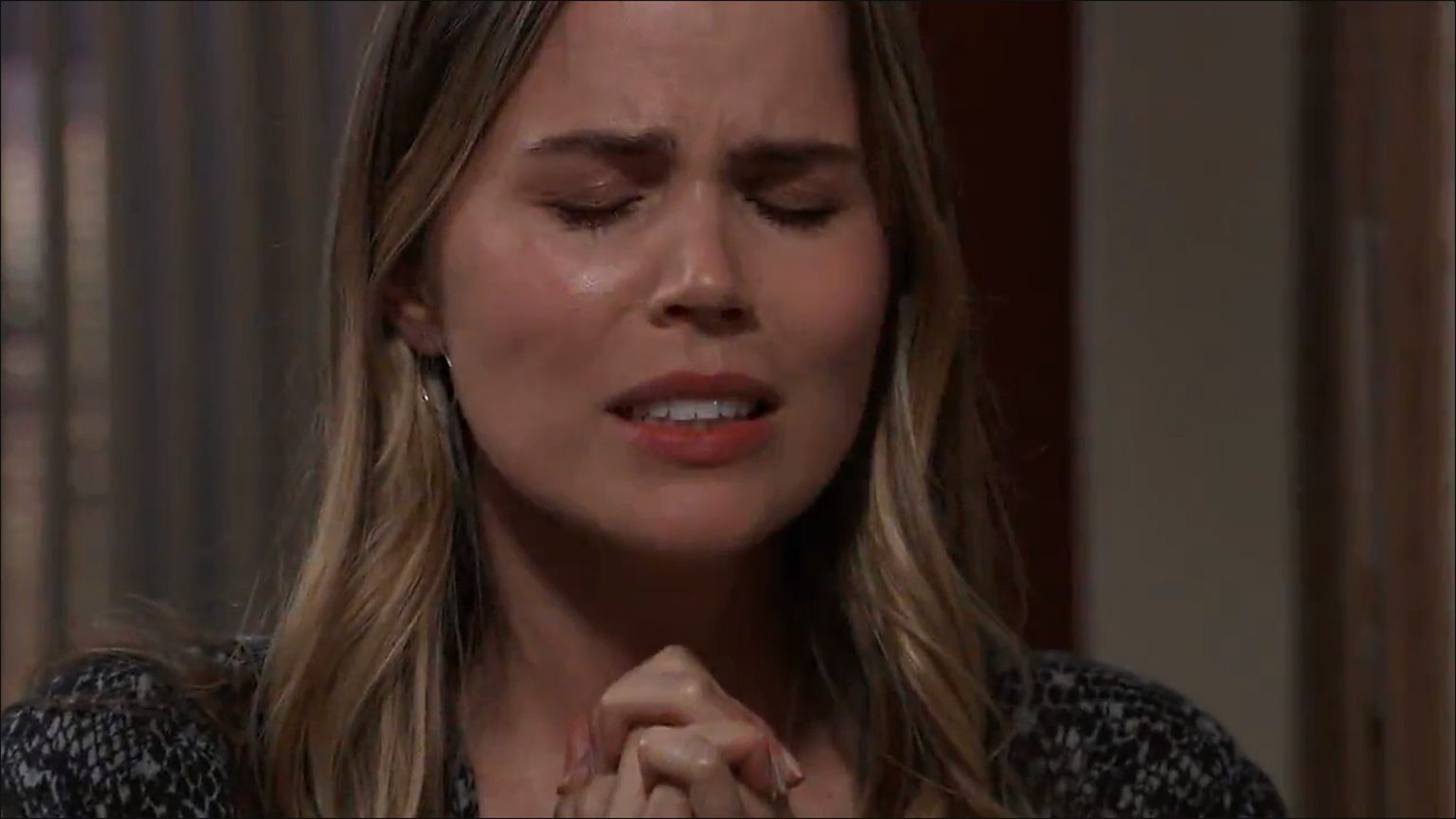 General Hospital spoilers for September 20, 2022, tease that Brando’s death will shock Port Charles. This was unexpected and has left everyone out of breath. Over with Sasha, she will become an emotional wreck. She will find it very difficult to deal with her husband’s loss. Elsewhere, Carly will bump into someone and will be shocked to find them there. Who could this be? Let’s read further to know what is brewing in Port Charles.

Sasha Struggles To Come To Terms With Brando’s Death

On Tuesday, everyone in Port Charles will pray for Brando’s fast recovery. However, looks like he will not be able to make it. General Hospital spoilers say that while Brando will be stable for a little while but will soon get some complications. As a result, he will cough blood leading to a deadly seizure. Even though the doctors will try their best to help him, Brando will succumb to his injury. Later, Portia will inform everyone of his demise. Of course, Sasha will be an emotional wreck by then.

Sasha will remember how Brando was kissing her minutes ago. And now, the love of her life is dead. Over with Sonny, he will also think of Brando. Later, his thinking will drift to Mike. General Hospital viewers know that Brando shared a special connection with Mike. So, Sonny will reminisce about the old days with his late father. Port Charles will mourn the loss of Brando this week.

Over with Finn, he will be pissed with the recent happenings. So, he will rant about that hook criminal with Portia. Looks like Portia will discover a shocking update in Brando’s lab results. General Hospital spoilers say that Portia and Finn will learn that Brando’s body had traces of poison. This just shows how sinister this killer is. His or her sole motive is to kill people either by hook or crook.

Further on General Hospital, Jordan will remind Stella that in Port Charles, lies are difficult to stay under wraps for long. No matter what, the truth always comes out in the least expected time. It is pretty obvious that Jordan is referring to Portia’s lies compared to that of the covering she did for Stella. As for Portia, she is still keeping Trina’s paternity secret from Curtis, so she will remain on edge.

Over with Carly, she will have a shocking encounter with someone. So, it might either be Drew or someone else. However, looks like Drew might come in time to rescue her after her flight’s emergency landing. So, Carly will be shocked to see Drew and might wonder what he is doing there. If not that, Carly might actually bump into someone else, and at that time, Drew might come to rescue to her. Anything is possible in this storyline. But if it’s not Drew, who Carly bumped into? Could that be Nelle hiding in the Tropical Islands? We will know that.

In Port Charles, Sonny will continue to reach out to Carly. Since Carly’s phone is lost, she won’t be able to know about Brando’s death. Anyways, Sonny will have to leave the message for someone to call him whenever Carly is available. GH spoilers say that the lunatic killer will remain a threat until he or she is caught. Stay tuned and watch General Hospital, it airs every weekdays on ABC. For more updates and spoilers, visit our website, TV Season & Spoilers.