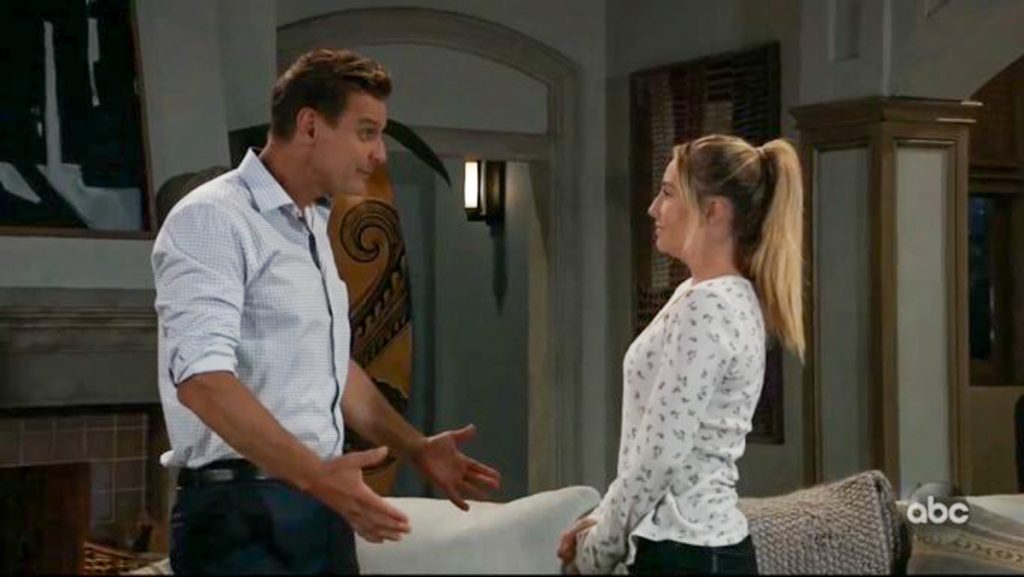 The latest General Hospital spoilers tease that “Mike’s” famous sauce might play a role in Sonny coming back home. Spoilers suggest that Jasper “Jax” Jacks and Josslyn might soon come across a shocking clue that tells her that Sonny might be alive after all. What would happen? Keep reading to find out-

General Hospital viewers would recall that Josslyn and Trina had visited Nixon Falls a few months back. Back in time, Trina came across Tan-O and found Nina there. Not only did Nina make sure that Trina was well fed, but she also gave her “Mike’s” famous pasta sauce. The sauce has been called “Mike’s” specialty. If it is his specialty, it should also be Sonny’s specialty. So, it is possible that Josslyn might taste that sauce and recognize the sauce.

General Hospital spoilers for the week of August 30- September 3 reveal that Josslyn will decide to host a special dinner for her dad. Jax and Carly have been at odds for some time now. So, Joslyn will think that she should appreciate Jax’s efforts or let just show him that she will love him no matter what happens. So, Josslyn will make plans to serve a variety of dishes. She will need help. So, Trina will do the honors.

As suggested by Celebdirtylaundry, while Trina helps Josslyn, she will offer the delicious sauce that she got from Nixon Falls. She will claim that she was saving it for a special occasion. So, Josslyn can use some of it. Joss will take that, and while Joss and Jax are enjoying the father-daughter dinner, they might taste the sauce that will bring a blast from the past. It is possible that Josslyn will recognize it, and that would tip the two of them off.

More General Hospital spoilers suggest that soon Jax will quiz Ava about Nina’s love life. So, would he come to know about Sonny’s survival? It is possible. Whatever the case might be, General Hospital spoilers suggest that there has to be a point in this whole dinner thing where the sauce shocker will take center stage. How will things roll from there? We will have to wait to know. Tvseasonspoilers.com will keep you updated with all the details about the soap as it surfaces. So, stay tuned.