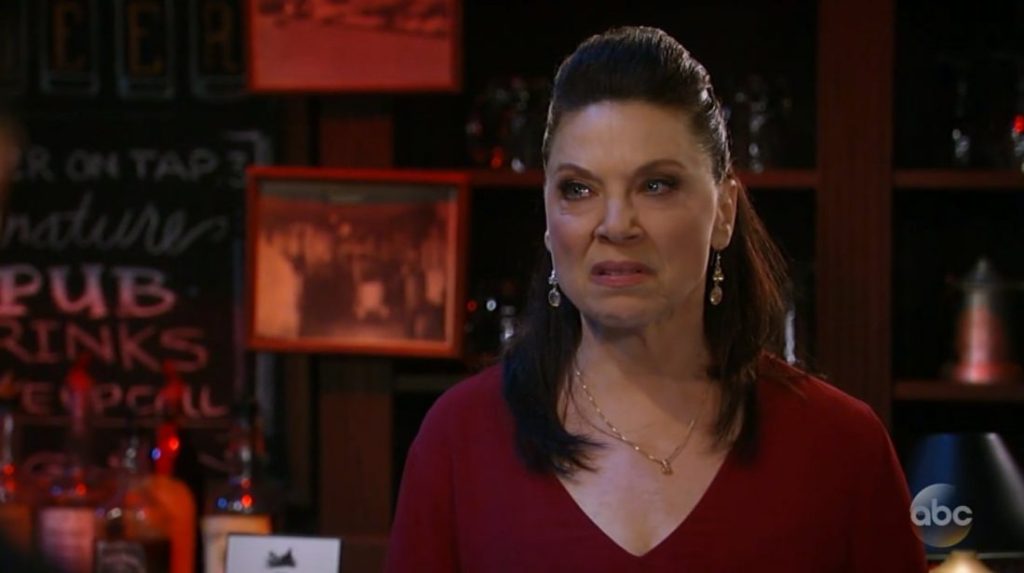 General Hospital Spoilers: Liesl Fakes Love For Victor To Get Out Of Captivity?

General Hospital spoilers reveal that Liesl will soon make a move. Right now, she is being held, hostage. But, keeping in mind how she is, she won’t let Victor get his way. Spoilers suggest that Liesl will do something to make Victor believe that she loves him. This way, she will have a way to get out. What would Liesl do? Keep reading to find out-

Liesl Is In Captivity

General Hospital viewers know that Liesl was really confused when she woke up in captivity. However, after that, she started feeling horror and outrage. But then, Victor Cassadine revealed that he had orchestrated everything that led to Liesl into the fancy lair and Scott out of the plane.

Right now, Obrecht is living in a very nice condition. Victor has plenty of money to throw around, so he is giving Leisl a lavish lifestyle. However, where Liesl is, is still a cage. So, Liesl will want to leave sooner or later. But the question is, how will she do that? As suggested by Celeb Dirty Laundry, Victor’s guards are watching Liesl’s every move. So, how will she escape?

General Hospital Spoilers: What Will Liesl Do?

Liesl is a smart woman, and she knows how to put up a show. So, General Hospital spoilers suggest that Liesl might give the performance of a lifetime in the upcoming days. She might carry out a charade and make Victor believe that he is irresistible to her. Victor, anyways wants Liesl to forget Scott. So, he will be happy and may let her roam more freely.

GH viewers would recall that Liesl had fooled Dr. Warren Kirk in a similar way before. So, it is certainly possible that she might do it again. It is possible that General Hospital might take that route here where Liesl would pretend that her captor was right to do this. She is impressed, and Victor is the man of her dreams. Would this make Victor drop his guard and give Liesl a way to getaway? We will have to wait to see. Obrecht will give this a shot, and we’ll see how Victor reacts to it. Tvseasonspoilers.com will keep you updated with all the news. So, stay tuned.