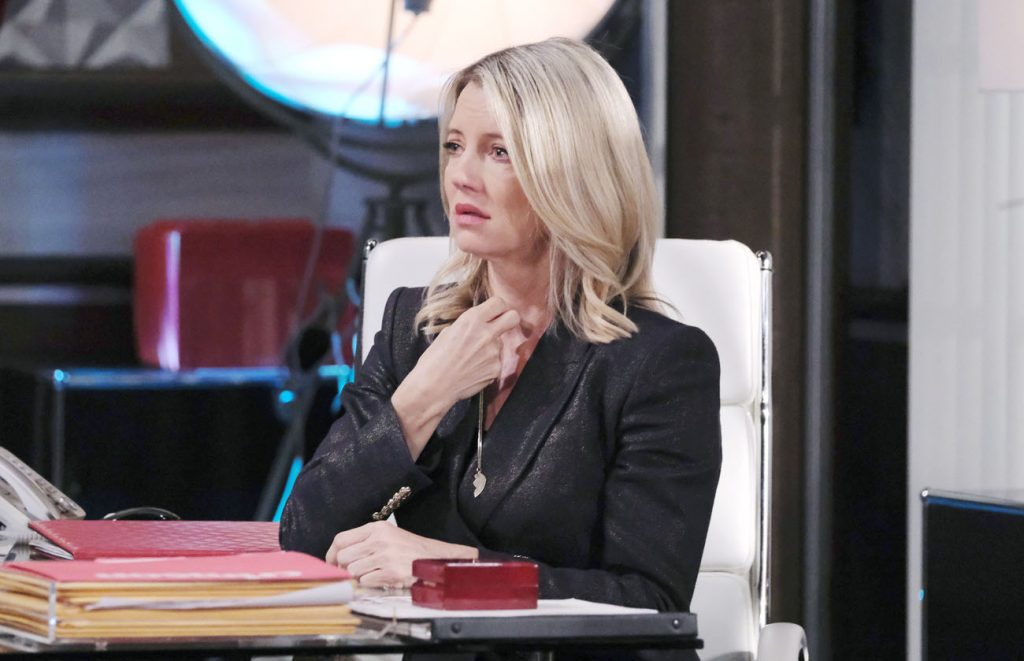 All the General Hospital viewers who had been feeling that Carly and Nina have called a truce, it looks like things are about to change soon. As the latest spoilers have it, things are about to heat up between Nina and Carly. General Hospital viewers know that Nina has been keeping a huge secret from Carly and the Corinthos Family. Carly believes that her husband is dead, and she is trying to make peace with that. But he is actually alive, and Nina is keeping this truth hidden.

Sonny is living in Nixon Falls. He has amnesia, and is going by the name “Mike.” But now, Sonny has started getting memory flashes. So, how long will it be before the truth comes out? What would happen to Nina? Keep reading to find out.

Carly Will Be Furious! How Will Nina Deal With The Wrath?

General Hospital spoilers suggest that once Carly and Sonny are reunited, Carly will want to know where Sonny has been all this time. Carly will be furious that Nina knew that Sonny was alive all along, but she decided to keep the truth hidden. So, Nina shouldn’t really worry a lot about how Sonny’s feelings would change. But, she really should worry about Carly and how she would deal with her.

Carly has a huge influence on her son Michael, and it will not be very hard for her to convince him to bar Nina from seeing Wiley. After all, that has happened before. So, Carly might want Nina to stay away from Wiley again. This will be heartbreaking for Nina, but that’s not all that Carly will do to her.

General Hospital viewers know that Carly has become the mob boss. There is no telling of what she would do to Nina. Spoilers hint that keeping in mind everything that Carly can do, Nina might feel that the best way to escape Carly’s wrath is to flee Port Charles. And as suggested by Generalhospitaltea.com, she might ask her ex- Valentin Cassadine to help her in getting out of the town safely.

General Hospital: How Will Sonny React?

If Nina leaves Port Charles and goes away, what would happen to poor Sonny? His feeling for Nina will certainly not go away. Sonny will come to know the truth, but then he would remember that Nina had asked him several times if he wanted to know the truth. At the time, Sonny had said he didn’t want to. So, if Sonny is asked to choose between Nina and Carly, it is possible that he might choose Nina. Especially once he knows that Carly and Jason are either married or about to get married, Sonny will want to go with Nina.

Whatever the case might be, spoilers hint that Nina will have his protection. And this will only increase Carly’s wrath. But what all will she do once she knows the truth? We will have to wait to see. General Hospital spoilers reveal that a lot of heated drama will come up between these two women soon. Be sure to catch up on all of it only at General Hospital. The soap airs on ABC all weekdays.