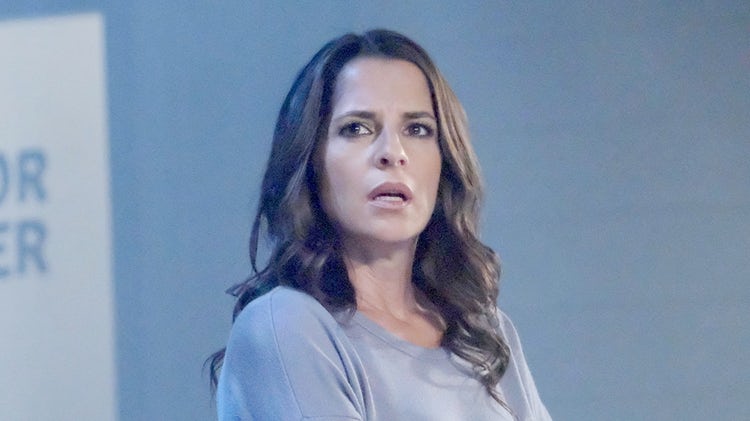 If General Hospital Spoilers For Thursday are to be believed, the city of Port Charles is going to be in a chaotic state soon. Things are going to get a lot intense as Sam faces a lot of questions. Moreover, Eden McCoy, the actress playing the role of Josslyn opens up about the heart-wrenching story of her character. Apart from that, she might also have some hints about what is going to happen next on the show.

According to GH spoilers, Michael is likely to reach out to Chase and Willow for some help. Apparently, he might even end up being the reason behind destroying someone’s emotional and an intimate moment. It seems like Chase and Willow are hitting it off and their bond might develop into something more, probably, romantic.
More specifically, Michael is going to require some help from Willow. He thinks that it is best for Kristina to know the truth. However, no one other than Willow can offer her the complete truth from the inside out.

WATCH: Peter and Maxie give into their feelings… before James reminds them of his presence. @wesramsey @teenystweeting #GH pic.twitter.com/nFHQpaTWdK

Eden McCoy Opens Up About Josslyn’s Storyline On GH

Eden reveals that when she joined the cast of the show as a 12-year-old, she was excited to play an intense role. Now, that she is a part of a heavily emotional storyline, it seems like her dream has, after all, come true. After Oscar’s demise, Josslyn is sure to be a wreck. She says that even though the entire storyline has been dark and challenging, she loves to do what she is doing. She started out as a teen with most of the adults as her co-stars. In the meantime, she has gotten close to Laura Wright.

Happening Life Of Eden McCoy Plus The Draining Role Of Josslyn

As we all know, the role of Josslyn is no child’s play. Eden is attending school full time, and even plays beach volleyball. When she reaches home, she is completely drained. She is officially on the team at the University of Southern California. Even though the spoilers have not yet given any confirmation on when Oscar is going to pass away, there are some emotionally wrecking scenes in Josslyn’s way. All the actress has stated is that there are a lot more intense moments yet to come that are going to leave fans teary-eyed.
Do you think Kristina is in real danger? If yes, do you think she will eventually be able to get out of it? And what about Josslyn after her beloved Oscar’s demise? How long it’s going to take while she gets back out there? Let us know what you think in the comments below. Stay tuned to TV Season Spoilers for latest General Hospital