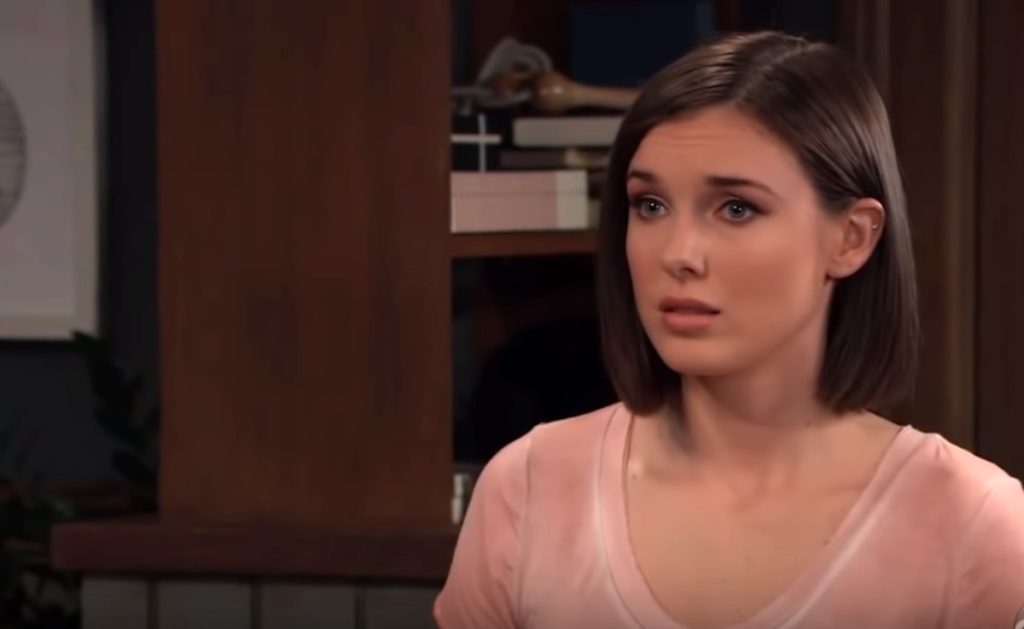 Willow has harbored her devastating secret on General Hospital for far too long now. The crescendo for it to burst out in the open had been building for a while now. The latest GH spoilers suggest that the time for Willow to finally come clean about her Leukemia diagnosis is upon us all. Will she finally tell Michael? Or will she find a way to stretch it a while longer? What will be the consequences of it all? Let’s find out!

Willow on General Hospital had not only been keeping her cancer a secret, but also declining treatment in order to keep her pregnancy safe. However, the delay in treatment has come with a heavy cost. The latest preview reveals Willow visits Dr. Terry Randolph to discuss her test results. The doctor reveals that Willow’s leukemia has reached stage four. Understandably, Willow is shell-shocked hearing the devastating health update.

Upon hearing the shattering news, Willow once again leans on her buddy TJ for support. Yet again, choosing to share her tragedy with him instead of her boyfriend, Michael. A choice that might cost her the love of her life once he finds out that not only has Willow been lying about her health but also has been depending on another man. An act that isn’t such a secret anymore and is waiting to get revealed.

Nina shares with Sonny that Willow has been getting increasingly close to TJ behind Michael’s back. However, Sonny tells her to keep the information to herself as Michael does not need to know. But, of course, in true soap fashion. Michael overhears the last bit of the conversation and questions what he doesn’t need to know. Will Nina tell him? If she does, how will he react? He just started to think about getting married to Willow! Is their relationship about to hit the rocks?

Michael and Willow’s story on General Hospital is taking a very intense turn now. Willow’s life is hanging in the balance, just like her relationship with Michael. The latest GH preview reveals Michael confronts Willow and Dr. Ashford and demands to know what’s actually going on. Looks like Willow, willingly or unwillingly, will finally tell Michael the truth.

While Michael will reel in the shock of Willow being so sick, it will also dawn upon him that she has been depending on TJ all this while instead of him. So the news won’t only leave him broken but also feeling emotionally betrayed by Willow. We wonder how Michael will react to it. He just made her the vow of being with her in sickness and health and till death do us part.

That points us in two directions. Michael will struggle with standing by her through her cancer journey even while he feels betrayed by her confiding in TJ and not him. The other, Willow, might face death on General Hospital. Stage 4 cancer is a tough point to return from. We also have been hinted at a wedding, so chances are we are about to see Michael fulfilling Willow’s wish of getting married before she succumbs to cancer. Although, there is no news of actress Katelyn McMullen leaving General Hospital, so nothing can be said for sure. People return from the dead, Willow can recover from cancer surely!