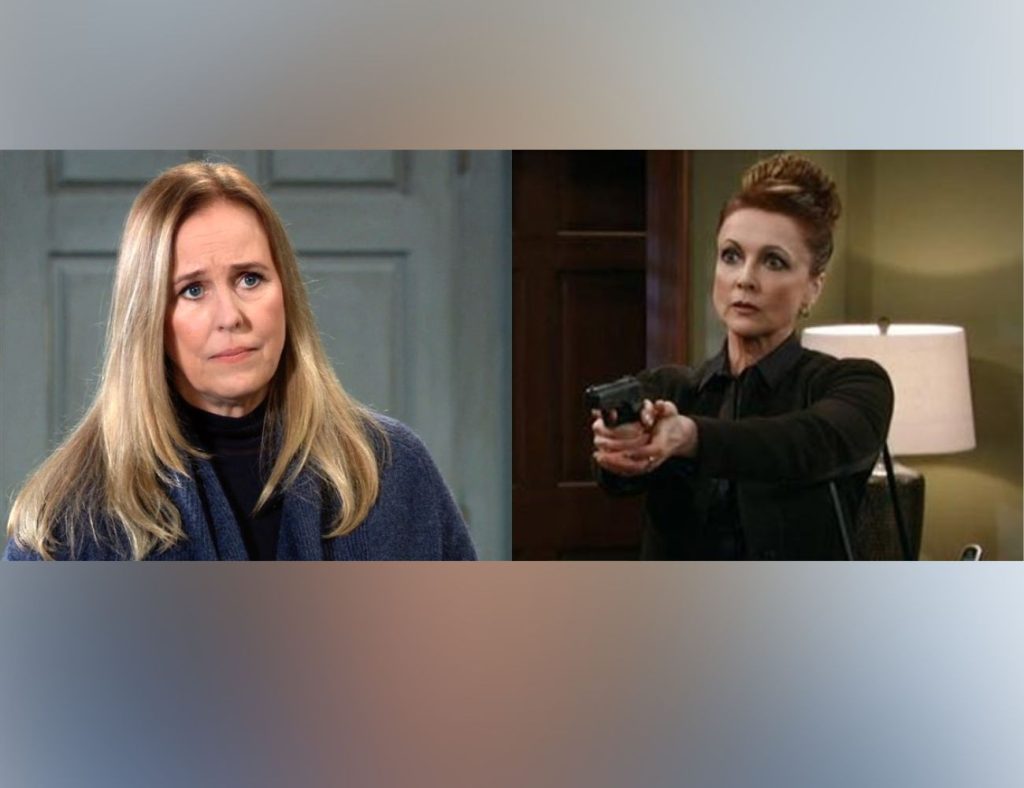 General Hospital: What Is Holly’s Next Move? KIDNAPS LAURA

Holly has really been raising the blood pressure, and the frustration levels of General Hospital fans off late. While we know that Victor is holding Ethan Hostage and blackmailing Holly, we still can’t help but feel frustrated. Moreover, the latest spoilers suggest that the next target on Holly’s downward graph is, Mayor Laura. But how did Laura get caught in Holly’s crosshairs? More importantly, is Laura’s safety at stake? Keep reading to find out what to expect next on General Hospital.

Victor Orders The Next Task To Holly

Holly has always been a loved character on the ABC soap. She is also quite favored amongst her Port Charles co-residents. However, her latest acts on General Hospital have been quite sketchy. From eavesdropping on Robert and reporting the info to Victor to shockingly shooting Lucy and framing Anna for it, Holly has been over the place. But as expected, she recently confessed to Robert that she has been doing all this on Victor’s orders. He is holding her son, Ethan, hostage and blackmailing her with her son’s life.

Unfortunately for Holly, Victor’s demands are far from over. He has now ordered her to steal the coveted Necklace on General Hospital. Initially, Holly was averse to the idea of doing it, as the necklace is currently in Robert’s protection However, she will soon realise that she not have much choice as Victor is threatening to hurt Ethan if she doesn’t comply. Will Holly be able to pull of a heist, so close to home? Someone close to her could get hurt in the attempt. Keep reading to find out how it all goes down.

Considering the fact that the Necklace is in Robert’s custody, Holly is going to be in a really tough spot. She will be extra careful in going through with the robbery, as she doesn’t want to hurt Robert. Holly will choose to drug Robert and temporarily knock him out. Thus, gaining uninterrupted access to the Necklace. However, in true General Hospital fashion, our heroic Mayor Laura will intercept Holly. Whether Laura comes there knowing what Holly is upto, or just by coincidence is yet to be seen. That aside, when Laura realizes what Holly is up to, she will try to stop her, but Holly cannot be stopped. She does not have a choice, Ethan’s life is in danger.

So not wanting to gravely hurt Laura, Holly will choose to take her hostage at gunpoint. Having a hostage in tow will also give Holly a safe passage to escape should the PCPD try to stop her. General Hospital spoilers further suggest that Robert and Laura will join forces to get Holly out of Victor’s blackmailing clutches. Hence, there is a chance Robert, too, might somehow land at the place where Holly will be keeping Laura hostage. They may then hatch a plan to rescue Ethan and, thus, free Holly. But will Robert and Laura be able to save Holly before Victor makes her do something unforgivable? Stay tuned to General Hospital on ABC to find out!