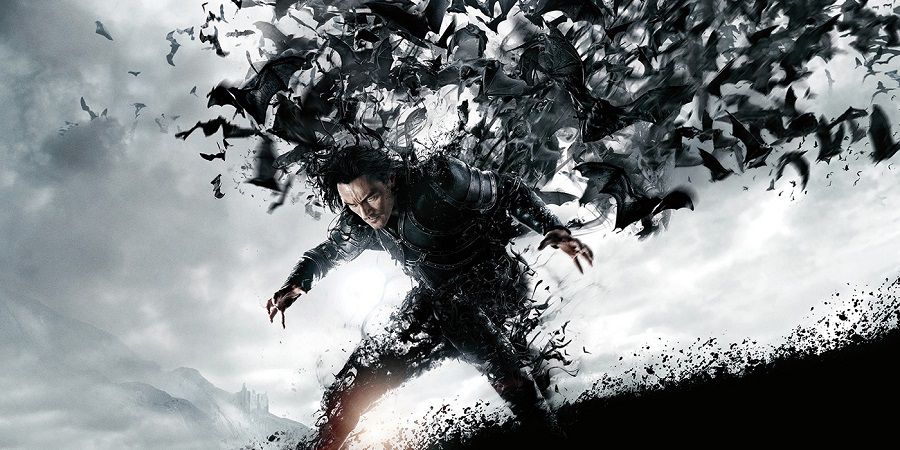 Dracula Untold is a 2014 American fantasy horror movie by Universal studios and directed by Gary Shore. Ever since the release of the movie, fans have loved the Luke Evan’s version of Dracula even though the movie was not able to live up to the expectations of the box office. Dracula Untold was able to collect $217.1 million worldwide with a budget of $70 million. Even though this wasn’t to the expectations of the movie but fans loved Evans’ performance as the Dracula and the character as well], they are also waiting for Dracula Untold 2 eagerly.

Being Dracula as the Evergreen monster character is known by all and the highly appreciated performance of Luke Evans in the movie has caused Dracula Untold a success. More than that Luke Evans gave the character a new arc which is appreciated by the fans and maybe because of that we may get Dracula Untold 2 indeed. There are so many unexplored Dracula story lines which can be used for the sequel.  There are medieval story arcs for the Dracula and also stories of Dracula’s daughter. It’s just 450 years between what happens in the Dracula Untold and what happens in the Bram Stoker’s novel. There are yet another 114 years or so to be explored after for a modern day take.

It was announced by the Universal’s studios that Dracula Untold may be the beginning of the Universal’s Monsters Universe, just like Marvel’s Cinematic Universe. This news was shared by the Chairman of the Universal, Donna Langley and Jeff Shell. They said that the Universal is looking forward to creating a shared universe of classic monsters including Dracula and may even create a movie featuring multiple of them playing alongside. This shared universe will much same as the Marvel’s superhero universe. This shared universe is being expanded with the Tom Cruise’s movie The Mummy. Other movies than Dracula Untold’ and ‘The Mummy’ which are going to be part of this universe are ‘Van Helsing’, ‘Bride of Frankenstein’, ‘Wolf Man’ and ‘Dracula Untold 2’. Universal also shared that they are planning to hire big stars in their movie universe which they did by casting Tom Cruise in The Mummy. Further, they are planning to cast Johnny Depp, Russell Crowe and possibly Brad Pitt in their shared Monster Universe.

During an interview with Luke Evans, he was asked about when and what to expect about Dracula Untold 2 and the shared monsters universe. He said, “There have been talks and conversations. I think the bigger picture is exciting for all the monsters that they own. There is a talk about it. I think it will happen and I think they are working out on how these monsters will interact and will exist in the same realm with each other.” Further, he compared with the success of Marvel’s Cinematic Universe and said, “If they can stick up Captain America in a scene with Iron Man and Thor, I think you can definitely put Wolf Man, The Invisible Man, The Mummy and Dracula in the same film as well.”

It is still unclear that were in the shared Monsters Universe, Dracula Untold 2 stand. Fans hoping high for the sequel and the creator and the director of the movie, Gary shore is also ready to make it. Fans are speculating how Dracula will fit into the universe filled with mummies, ware-wolves, and other monsters. Maybe Dracula Untold 2 will be a movie of the later stages in the universe but everyone is still confused that if Luke Evans will make an appearance in any other movies of the same universe.

Spoilers for the Dracula Untold 2

Gary Shore, director of the first movie already stated that he has a medieval storyline in mind for the Dracula Untold 2. As Dracula is an immortal character this is highly possible and may be able to link this up with the other Monsters in the shared universe. About the story related to the Dracula Untold 2 Gary said, “I’d love to be able to explore something in between 1460’s and modern day. There’s load of history within Europe that you could do something which we haven’t seen a Dracula film. The character doesn’t limit the scope of possibilities of where you could go with the story.”

Further, in the interview, Gary told that he is planning to explore the darkness of the Dracula as a character and his even darker past in the Dracula Untold 2. He said, “If an audience really digs it and they enjoy the film, the next step obviously would be to take the character and start really delving into the true darkness of who Dracula is. Because when we find him in the Bram Stroker’s novel, he is a tortured guy who has been kept alive for hundreds of years. It’s perfectly set up to be able to try to explore.”

Also read: Red 3: What We Can Expect From The Sequel?

A fan theory suggests that Dracula Untold 2 will happen in the early phase of Monster Universe and will act as a platform to introduce new characters and monsters to the universe. He says that the sequel of the movie may introduce the characters such as Dr. Frankenstein and his early days of research. Dracula Untold 2 may also introduce Van Helsing as his arch nemesis who will try to end the tale of Dracula for once and all.

Perhaps, Luke Evans’ Dracula Untold was not a much Critically acclaimed movie and did not do very well on the box office either but the movie and the character were loved by the fans. This is the main reason, many of us are expecting the movie to be released soon. There has been no official announcement about the release of Dracula Untold 2 but it is very clear that the movie will happen somewhere in the Universal’s Monsters Universe.