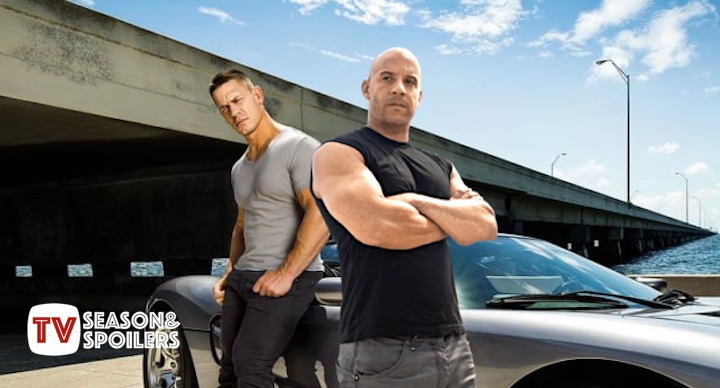 Fast And Furious 9: Vin Diesel Share Video From The Sets, John Cena Onboard And More

The filming work for the ninth installment of Fast And Furious franchise is underway. And right now, the location for one of the best super-cars to be seen is in Edinburgh, Scotland. Among all the stars of the movie, Vin Diesel is the one who keeps his fans updated related to the filming of Fast 9. Recently, Vin Diesel also shared a video on Instagram, filming outside Rosslyn Chapel in Midlothian. Diesel also revealed that he has come for the first time in Scotland in 18 years.

In the video, Vin Diesel is shooting a scene for the movie at the Royal Mile. He also pointed at the crowd gathered on the street to watch their favorite stars. He stated, “The crowd has been great, look at that crowd over there.” This is not the only location where the filming is taking place. There are also reports that 20 streets of the city have been blocked for the shoot.
Other than Vin Diesel, Nathalie Emmanuel (Ramsey) and Tyrese Gibson (Roman) were spotted in the city. Tyrese took part in an old Edinburgh tradition as well. Although, the audience seems pretty eagle-eyed in Edinburgh, as they also spotted some super-cars covered under tarps. Other than Edinburgh, the shooting also took place outside Buckingham Palace, London, Los Angles, Thailand, and Georgia.

Hell Yes! Fast and Furious 9 is going to add one of the famous celebrities of the teenage world, the WWE star, John Cena. However, John Cena’s character details have not revealed yet. Also, Vin Diesel shared his enthusiasm on having Cena on board. As he stated, “Cena is killing his character, and he’s gonna blow you away when you see him in Fast.”


Other than him, Michale Rooker (Guardians of the Galaxy and The Walking Dead) is going to feature in the movie as Buddy (we know the character name only). Also, Peaky Blinders actor Finn Cole, UFC fighter Francis Ngannou, Anna Sawai and Vinnie Bennett have joined the movie, playing undisclosed roles.
The existing cast from the franchise is also returning. Lead by Vin Diesel and Dominic Toretto; the audience will also see Michelle Rodriguez as Letty, Tyrese Gibson as Roman, Ludacris as Tej, Natalie Emmanuel as Ramsey, Helen Mirren as Magdalene Shaw, Jordana Brewster as Mia and also Charlize Theron as Cipher. Previously, Theron also posted her new look from the movie, with short hairs, unlike long ones from Fast 8.