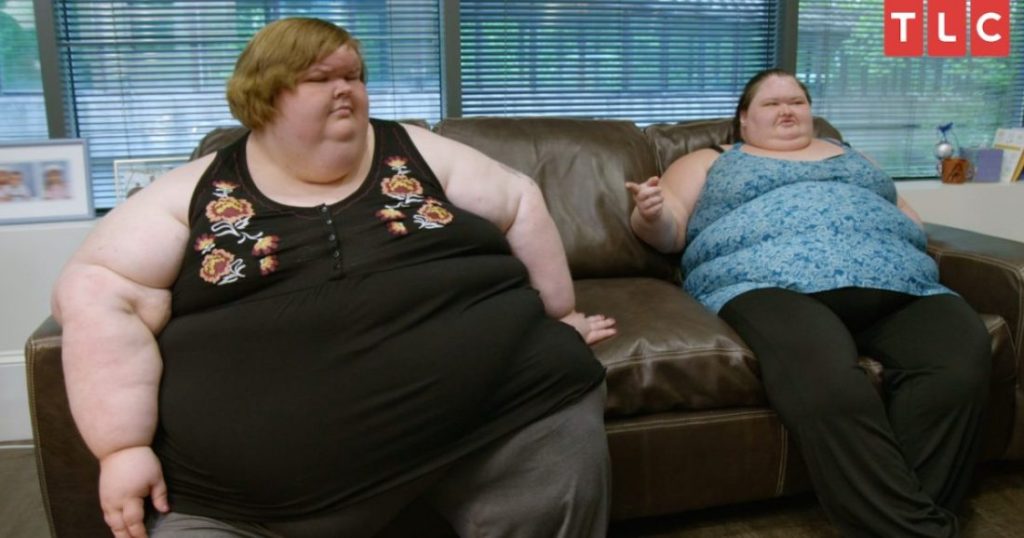 When 1000 Lb Sisters got renewal for Season 3, TLC confirmed that it would feature Tammy, Amy, and also their half-sibling Chris Combs. More so, these family members have been on their separate weight loss journeys since the reality show started airing. They have been there for each other throughout the show. However, things look a bit rocky lately between all three. Did Amy and Chris abandon Tammy? Keep scrolling for the latest tea!

Ever since 1000 Lb Sisters began airing on TLC, Tammy Slaton has had the most difficulty keeping her weight in check. However, her siblings Amy and Chris got approval for weight loss surgery. Furthermore, Amy even got her surgery. However, due to her inconsistency in shedding weight, Tammy kept suffering. In fact, she is currently in rehab. It all began when she was hospitalized around Thanksgiving for poisoning. Tammy had too much carbon dioxide in her body. Moreover, people have seen the TV star in hospital clothes in all her updates since then. Hence, the speculation began about her falling out with the rest of her family, i.e., Amy and Chris.

The viewers claim that she hasn’t been home since Turkey Day. In one of her health update clips, Tammy clarified that she is not in a hospital. Apparently, she is in a “hospital-like” setting. TV Season & Spoilers points out that this probably means that she is staying in a nursing facility. Although Thanksgiving is a day for friends and family, the elder sibling posted nothing about her sister and half-brother. This led to more speculation about the fact that the Slaton’s sisters had hit rock bottom.

Unfortunately, neither of the lead ing ladies have spoken anything about this matter.

Another reason people believe Tammy Slaton is in a facility is due to Nurse Tisa. Her arrival in the show’s third season was like a breath of fresh air. Both Amy and Tammy hired her to look after the latter and to bring her in good shape for surgery. Moreover, the fanbase was in appreciation of the caretaker’s involvement in the show as she was strict with the star. Unfortunately, Amy Halterman lacked this quality.

However, a lot of speculation took place, stating that Tammy drove her nurse away. The TLC star has a bad reputation as she is insanely rude to people. As a result, people believe, her notorious acts and tactics led the caretaker to abandon her. However, no such thing has been revealed in 1000 Lb Sisters Season 3 yet. Therefore, fans are hoping they will get to see it on their television screens soon. Stay tuned to TV Season & Spoilers for more such updates.