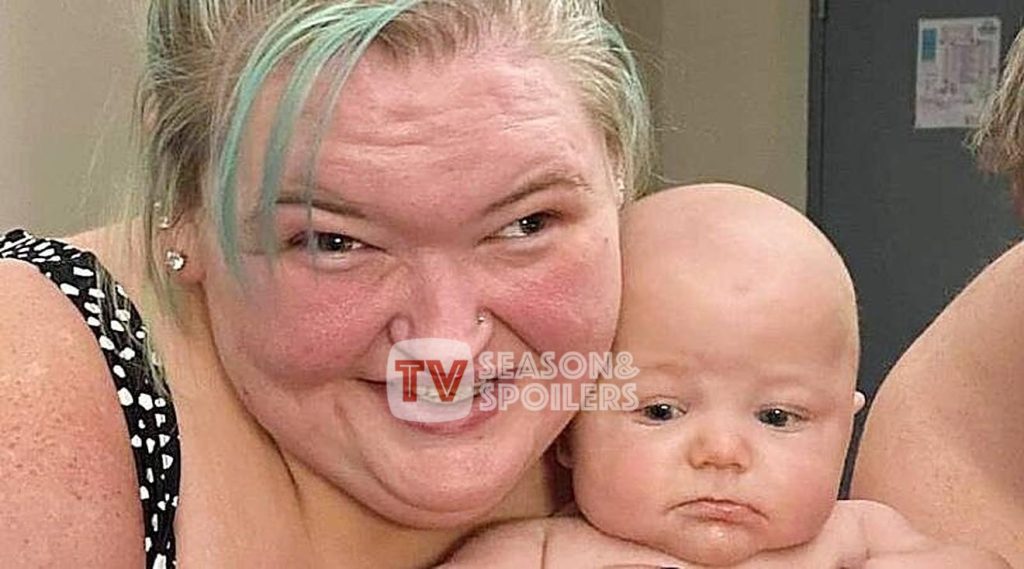 After getting familiar with them through 1000 Lb Sisters, fans know a lot about Amy Slaton Halterman and Tammy Slaton. Both sisters shared huge chunks of their life through the popular reality show. The viewers must know by now that Halloween is their favorite time of the year of Amy. She puts a lot of work into celebrating the day with over-the-top costumes and doing other spooky things. Well, this time was no different, and Amy also took her baby boy to a haunted jungle! Keep reading to know more details about this.

The 1000 Lb Sisters fans love finding out about Amy Slaton’s life. She first impressed them by qualifying for bariatric surgery and losing weight. The celebrity began to focus on her family after that. She now has two baby boys, Glenn and Gage. As the world celebrated Halloween yesterday, Amy was thrilled to do so. In fact, it is her favorite holiday. She loves it so much that she named her sons based on horror movie characters. At the same time, Baby Glenn’s name was inspired by Glen, the doll from the movie, ‘Seed Of Chucky’. Whereas, Gage Creed from Pet Sematary inspired Baby Gage’s name. Hence, they celebrated at full throttle.

Amy Halterman took her elder baby boy, Gage, to a haunted forest for Halloween, as per tvshowsace. Initially, fans were a bit worried for her son to get scared because of the experience. But, they have often complimented the little one for being adorable and calm while filming their show, 1000 Lb Sisters. Hence, it was not an issue for the Halterman’s, and they had a lot of fun on their spooky Halloween. She even put up pictures of her family members in scary costumes.

1000 Lb Sisters: Amy Halterman Not Returning For The New Season?

Amy Halterman has been one of the castmates who has undergone a significant change since the premiere. She came out strong after her weight loss surgery, and TLC documented her journey of shedding more pounds. However, things are very different now. Amy is a mother to two baby boys, and most of her time is spent on parenting. Fans got to see this journey on the famous reality show in the last two years. Hence, she opened up in an interview and said she would appear less frequently in the upcoming 1000 Lb Sisters Season 4.

Chances are most of her segments will be from the time when Amy was carrying her second baby boy, Glen, during her pregnancy. Hence, it would make sense for her to spend her time resting instead of filming during such a phase in her life. However, there is still no confirmation about Amy leaving the show permanently. Many sympathized with her and noted that parenting is a big task. Fans will have to wait for the new season to know about it for sure. Keep coming back to TV Season & Spoilers

for all the latest 1000 Lb Sisters news.