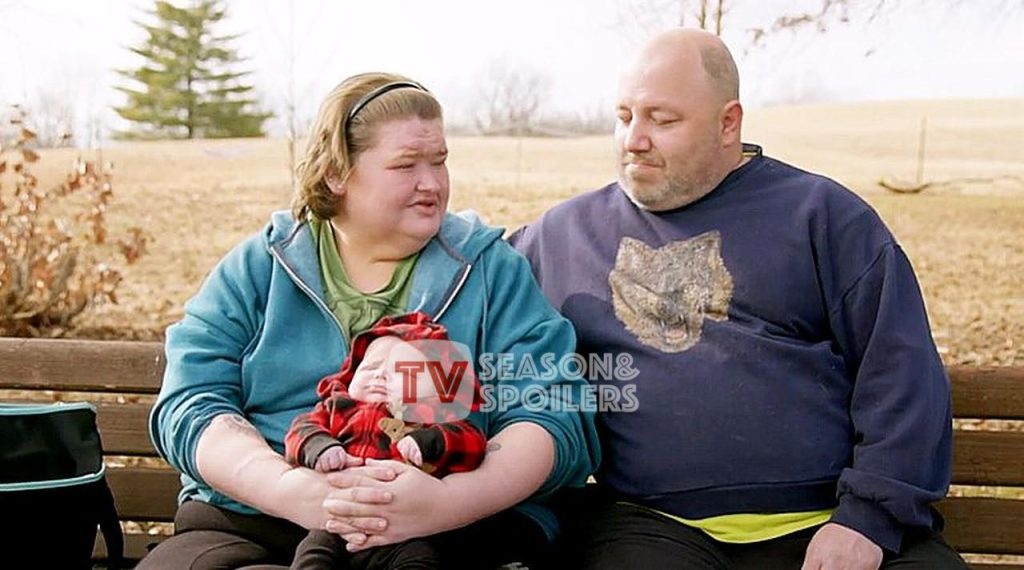 Amy Halerman Slaton is taking her time out to give her son happiness. The 1000 Lb Sisters celeb wants to provide the best to her kid. Hence, she’s doing everything in her power to keep Gage happy. But, it seems like some people don’t like whatever she does and start criticizing the mother. Well, this time, they have again slammed the mother-to-be. So, tune in with us to know why.

The TLC fans have seen Amy’s growth in front of their eyes. Hence, the younger sister’s every move is scrutinized by the fans. Likewise, Mrs. Halterman’s recent trip to Disney on Ice garnered much attention. The mother posted snaps of the show on her Instagram and wrote, “Gage had a blast last night.” Well, it’s a dream come true for most children, but not many think that.

Fans tuned in to say that Gage is a little younger to go to the show. Hence, they claimed there’s no point in taking him to such an exciting show when he won’t remember it. They felt the parents must have enjoyed it more than the kid. Meanwhile, some others defended the couple and said they could go anywhere they wanted. It’s nobody’s business to tell them where to take their kid.

This is not the first time fans have slammed Amy for something. However, some others called out Amy for supporting Disney. Turns out that some critics tried to bring in politics and connect the same with the mother. They began calling out the streaming giant and started an altogether discussion. So keep reading to know what else the people had to say.

Since Disney made its way, kids have loved it for its amazingly curious characters and movies. However, some asked the others to boycott Amy Halterman as she’s supporting Disney. Turns out some critics believe that Disney promotes inclusive stances. They wrote, “Please stop supporting Disney.” They also added some controversial statements, including that Disney wants to indoctrinate the kids with homosexuality and transgenderism.

Another part of the audience said that the Slaton family is LGBTQ+ friendly, though it is not bad. In fact, Tammy Slaton came out as pansexual last year. What do you think? Let us know in the comments below, and stay tuned to TV Seasons & Spoilers for the latest updates on 1000 Lb Sisters.