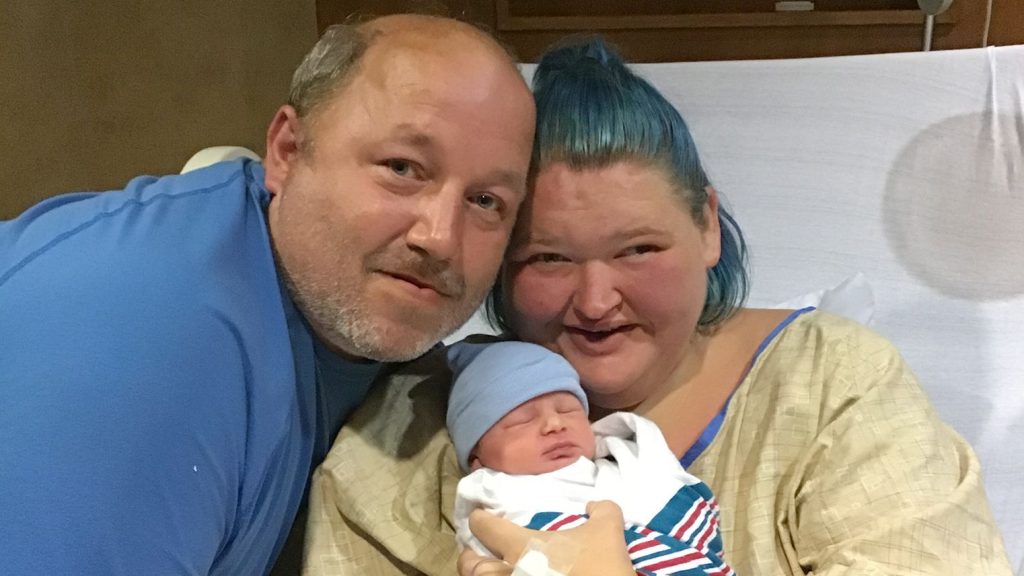 Amy Slaton has become a known celebrity in a short span of time. She began her journey with her sister Tammy Slaton on the show 1000 Lb Sisters. Viewers got to know about their lives and bond in an up close and personal manner. So, fans know how much it meant for Amy to experience the joys. They saw her pregnancy journey on the show, and now she is a proud mother of two healthy baby boys. She recently celebrated Sons Day by sharing a glimpse of them through Instagram. Keep reading to know more about this.

Amy Slaton Halterman is one of the main stars of 1000 Lb Sisters. The TLC audience grew fascinated with her and her sibling Tammy’s life on the show. Both of them have shown tremendous change since their weight loss journey began on the show. One thing quite important for Amy, apart from losing weight, was experiencing motherhood. She ended up conceiving her first baby right after her bariatric surgery. Hence, viewers got to see her give birth to baby Gage while still being on her fitness journey.

Last year, she announced another pregnancy and later welcomed her second son, Glenn, in 2022. Amy is very attached to her baby boys and stops at nothing to showcase her love. As the world celebrated Sons’ Day, she took to Instagram to share some never seen before pictures of her baby boys. One of them had all three of them cuddling and napping together. It stole the fans’ hearts away, and they took to the comments section to bless the Halterman family. Although their show is not on air at the moment, viewers can’t wait to see them in another season of 1000 Lb Sisters Season 4.

1000 Lb Sisters: Amy Slaton To Appear In The Next Season Less Frequently?

Amy Slaton had always appeared sure of herself when she starred in 1000 Lb Sisters. The show has successfully aired the first three seasons and became a huge success. Although there is no official confirmation from TLC, the stars did confirm that the filming for the new season had begun. In an interview, Amy revealed something shocking. It turns out that viewers won’t be seeing Amy a lot in the upcoming episodes

. That’s because the celebrity had been pregnant at the time of the filming.

Amy Slaton Halterman also shared wanting to give most of her time to her baby boys, Gage and Glen. Hence, she doesn’t want to miss any of their firsts. This meant that she made the decision to film less frequently on 1000 Lb Sisters. While her viewers were quite upset with this revelation, they still understood where Amy was coming from. Hence, they wished her all the best. For latest 1000 Lb Sisters updates, stay tuned to TV Season & Spoilers.