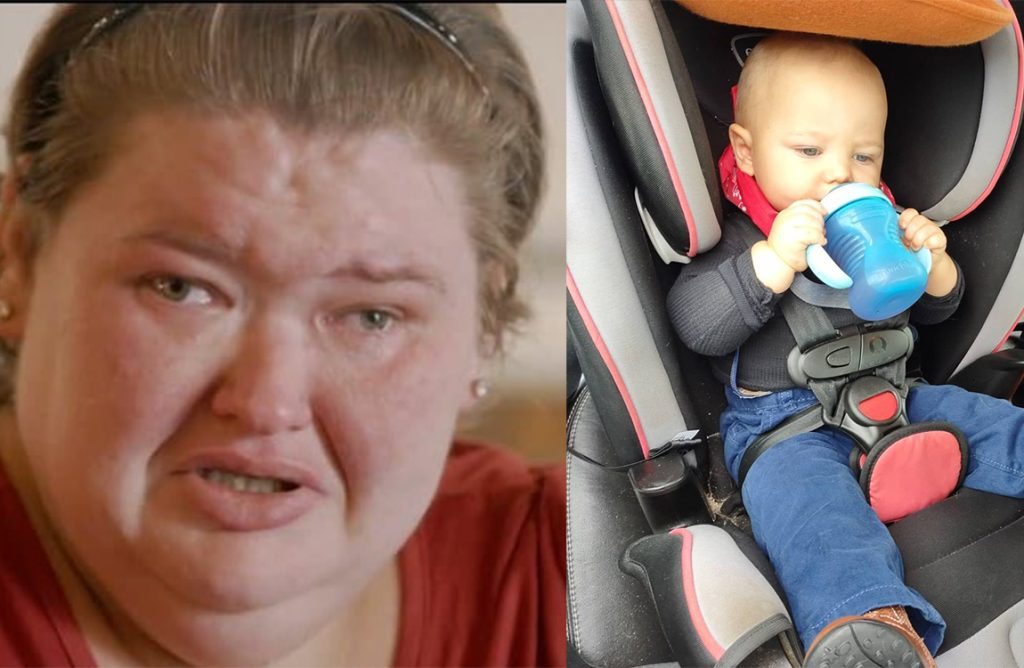 Amy Slaton is settling well into motherhood. The previous season of 1000 Lb Sisters ended with the main cast member giving birth to her firstborn baby boy, Gage. Moreover, it was a challenging journey for her to get in good shape, undergo surgery, and focus on extending her family. Now fans are seeing a new side to the star. That’s because she is taking care of her family full time and focusing on shedding more weight. However, a major reveal in the new episode has concerned the viewers. It was regarding her son. Is he doing okay? Keep reading to know more!

The latest 1000 Lb Sisters episode focussed on Amy Slaton and her family, consisting of husband Michael and son Gage. Together, the three of them were soaking the sun as the mother took her son outdoors. They were sitting in a picnic-like setting. That’s when the TV star decided to open up about her firstborn baby. TV Season & Spoilers notes that while talking to her husband, Amy mentioned that get is going through “a lot of firsts”.

She emphasized more on that by saying he is “teething”. As per kidshealth, this period can be “frustrating” for the parents and the baby. Many newborns suffer from “disruption in sleep cycles”, “odd eating patterns,” and “crying spells”. Moreso, the 34-year-old stated that her infant has four teeth coming in at once. Despite this, she reveals that her son is an “easy-going” baby. Hence, the mother believes that she and her husband

After all things good, Amy Halterman also addressed some concerning things about her child. She disclosed that his food habits are sometimes like a “bottomless pit”. Furthermore, she claimed it reminds her of her sister, Tammy Slaton. Thus, the TLC star emphasized that she worries that her son will end up like them and have weight problems in the future. Eventually, the new mother was vulnerable in front of the camera. She mentioned how she doesn’t want her son to deal with what she and Tammy went through while growing up.

Amy also talked of bullying and expressed concerns for the same. She is fearful that if her son turns out to be a bit on the heavier side, he will be picked on by his peers. Halterman’s husband Michael, was sitting next to her, patiently listening to her. He tried to assure her that nothing of that sort would happen to their son. Later on, the mother admitted that Gage means “the world” to him. Hence, she wants “the best” for her son. Moreover, all the viewers also lauded the mother for being so honest in the show. They gave her sympathy while showering her with love. Stay tuned to TV Season & Spoilers for more such news.